When you have a big family, any five passenger vehicle might not cater to your commutation purpose. In such case, it is time to upgrade. So, to give you a list of models for your screening, here we present a well-researched list of 15 best 6 passenger vehicles of the year 2017. With this list, we have planned a whole new platter of options to choose from. With potent engine to rugged performance, the list has all the options which cater to one or the other requirements of a buyer. 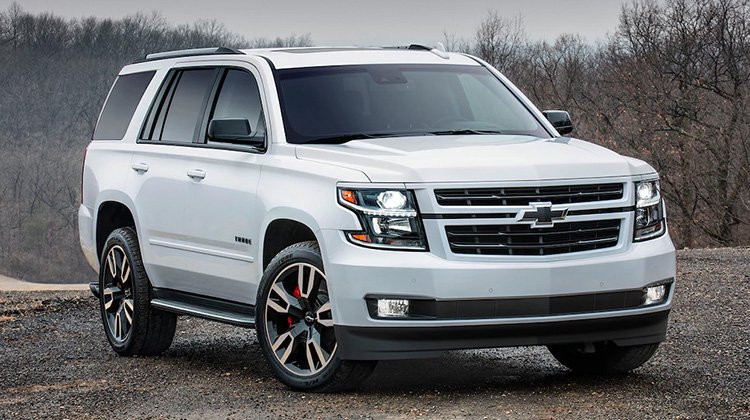 Tahoe is a a full size, body on frame kind of hauler, which is full of techs to keep you safe on the road. It has room for up to nine passengers that can easily cater to the requirements of a big family. It makes a highly satisfying option for families who need powerful engines as well as towing capabilities. It has features such as forward collision warning, lane keeping assist and 4G LTE connectivity with up to 7 USB ports and numerous other power outlets. Powering it is a 5.3-litre engine which delivers a maximum power of 355 hp. Further, the engine is paired with a 6-speed automatic and rear wheel drive or all wheel drive to suit different driving requirements. This big car is known for its design as well as pleasant driving experience. In short, Chevrolet Tahoe is a perfect package for a quiet highway ride accompanied with strong braking and steering responsiveness. 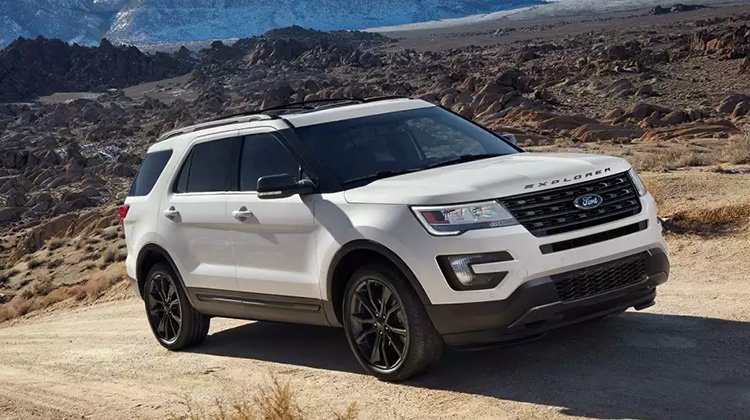 Ford Explorer is probably the most popular and the best-known SUVs in the United States which was quite instrumental in igniting the SUV renaissance of the decade. It is essentially a mid sized crossover SUV which has third-row seating facility. Explorer has high tech features and robust mechanics with a standard front wheel drive that makes it one of its kind in the segment. Ford has ensured that Explorer offers a perfect combination of comfort, aesthetics and utility that minivans and trucks still struggle to match. It feels comfortably larger than it actually is with a seating capacity of seven and a quiet cabin. With the kind of comfort and features it offers, it is one of the best vehicle for family of 6. 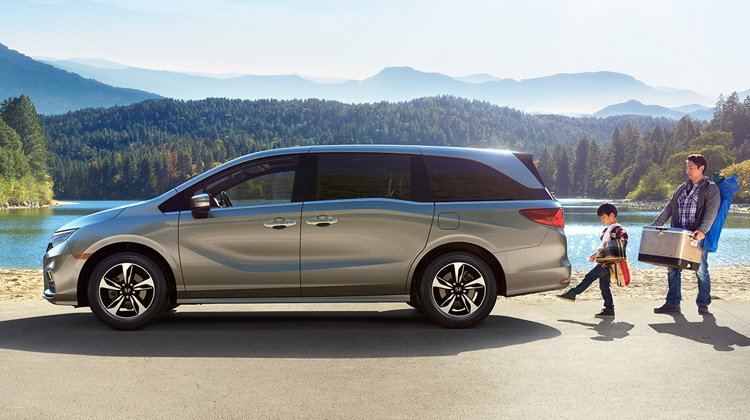 Honda Odyssey is not just another soccer mom car; rather it is the new favorite in minivan class which can be tagged at a leading position in the list of car with 6 seats. Honda Odyssey has a high crash test score and comes loaded with plenty of friendly features. In a nutshell, it is a comfortable, flexible, quiet and packed with tons of features of modern technology. An engine with a capacity of 3.5-litre which provides a maximum power of 280 hp drives the front wheels and offers ample torque to carry the load with ease. Odyssey also features an onboard vacuum cleaner and a 4G LTE Wi-Fi hotspot with digital rear seat monitor too. It has a slightly above average interior quality accompanied with smooth engine and agile handling. The capacity of eight passengers with three rows of spacious seating makes it one of the most comfortable cars available in the market.

Toyota Highlander is one of the most popular crossovers searched over the web these days. It is a highly popular car because of the aesthetics, gas mileage and smooth handling. Highlander is inconspicuously sensible to accommodate eight people and primarily offers an adequate drive experience. But eventually, it is more focused on the interiors and storage capacity. It even has a solid crash test rate and provides a quiet cabin at highway speeds. It is large enough with roomy and upscale interiors which make it one of the most common 6 passenger vehicles of 2017. 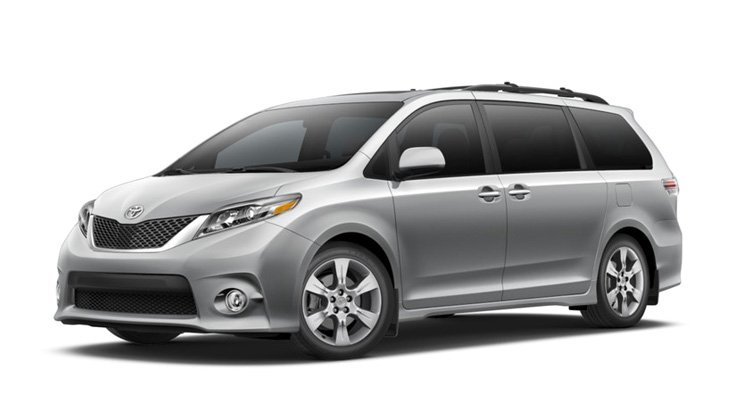 Toyota is reputed for producing vehicles with a lot of versatility and numerous features. Toyota Sienna is one among them which is a comfortable MPV for eight passengers offering a smooth and refined ride. In other words, it is the Camry of minivans. It has a 3.5-litres capacity engine which produces a maximum power of 296 hp. The engine is further paired to an eight-speed automatic drive in front and is exclusively segmented when the weather turns nasty. It has an advanced Blu-ray entertainment display to keep people entertained. So, it is altogether a more practical and fuel efficient alternative to a three row and six seat SUVs. Additionally, all the rear passengers have their own heating and air conditioning controls. 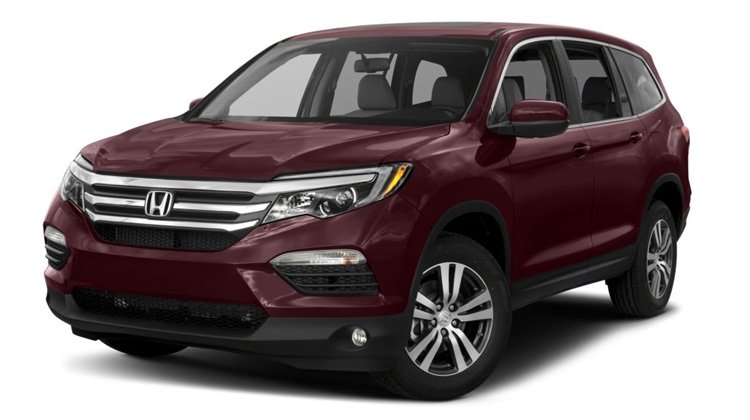 If one desires a stylish, trouble free and useful ride, then Pilot is the right car for you. The 3.5-litres engine with maximum power of 280 hp and a six-speed automatic transmission works in combination with high-end torque that levels up the overall performance in an efficient manner. Pilot also features modes for better torque handling. The other highlighting part is its third-row seats and spacious interiors, which has a capacity of up to eight passengers. What makes it one of a kind in the respective category is its overall ride quality that sets a benchmark for other models in the market. 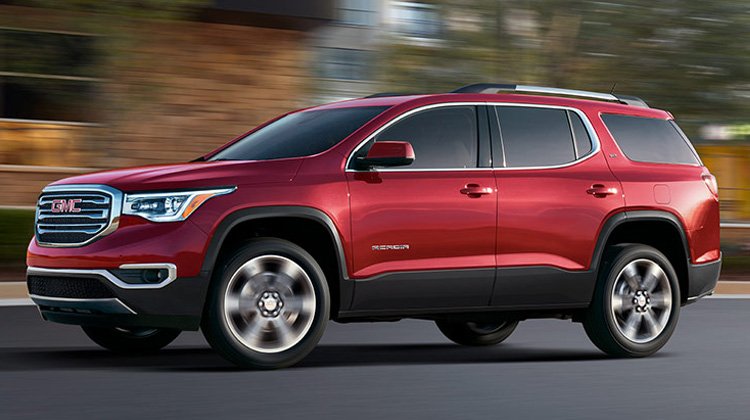 It is the jack of all trades kind of a 6 passenger vehicle. It offers a luxurious seating for up to eight people. A large crossover SUV which is very much similar to Chevrolet Traverse and Buick Enclave. It has a 3.6-litre engine which gives a maximum power of 310 hp and paired with a six-speed automatic transmission keeping all wheel drive as an option. Other specifications include touchscreen infotainment, 4G LTE connectivity, mobile Wi-Fi, emergency braking, rear seat reminder etc. With its rugged design and built, it also offers a firm ride to ensure a comfortable journey for the occupants. 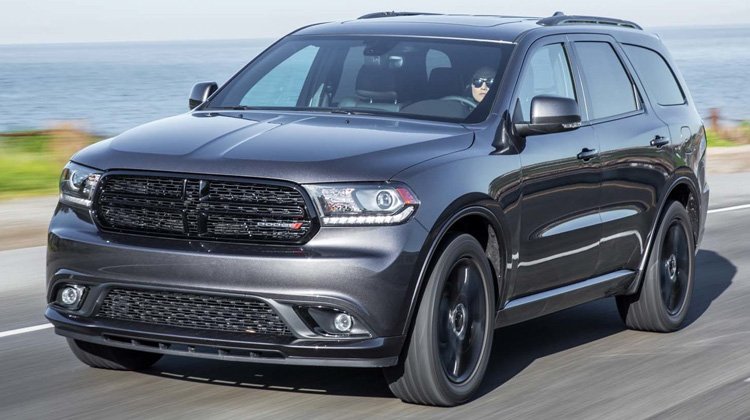 It is a big, masculine and brawny kind of a car, different from other truckle and large SUVs. Under the hood, Durango has a 5.7-litre engine which offers a maximum power of 360 hp with both rear and all wheel drive options. It has a three-row seating capacity for up to seven people and is well known for its handling and smooth ride. Durango features class as well as upscale design with a combination of competitive features which gives it a place amongst our selected models. Additionally, it has a towing capacity of more than 3 tons, which further makes it more competent. 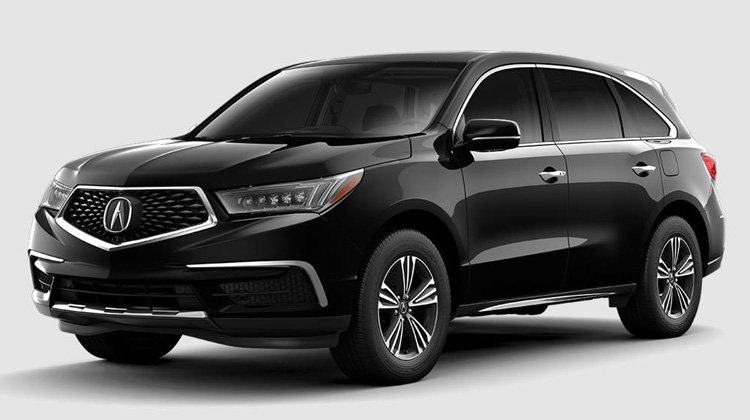 If one wants comfort, handling and technology all combined in one car then Acura MDX is the right choice in the 6 passenger vehicles segment. It houses a 3.5-litre engine with a maximum power of 290 hp which is transmitted through an all wheel drive system. Acura MDX has many features with a mid range price tag and strong cabin quality. Other standard features include rear view cameras, airbags, emergency braking, adaptive cruise control, navigation system, and infotainment system. 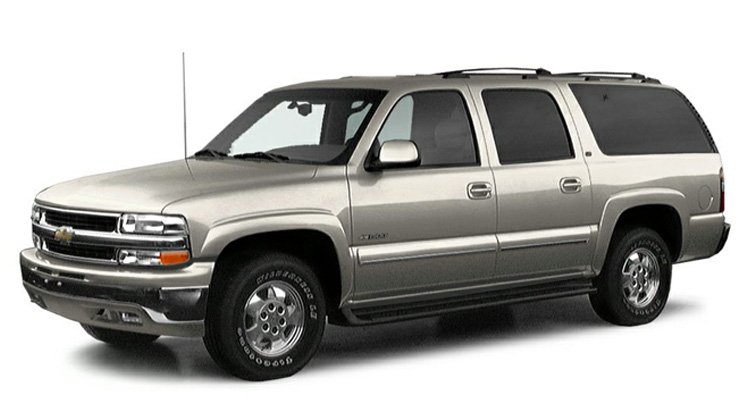 It has seen major transformation after some nine decades before it was launched in 1936 as a truck. It transformed into the most popular extra-large SUVs and got featured in six seat SUVs category. With a 5.3-litre engine which produces 355 hp maximum power and 382 lb-ft of peak torque, it has a lot of potential. It offers a smooth ride due to the superior suspension system and provides a responsive handling. Chevrolet offers two versions, the economical 1500 which is a solid choice when you are looking for a large SUV which can also serve as a truck and the other being a heavy duty 2500 version. 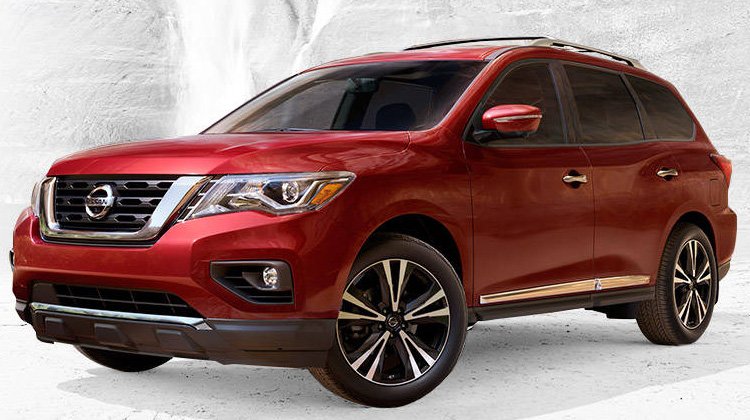 Pathfinder saw its transition from a truck based vehicle to a car based model in no time. It was soon converted into a more comfortable, spacious and fuel efficient family car. It has a capacity of seven people with accessible third-row seating. The engine has a capacity of 3.5-litre which operates at a maximum power of 284 hp and drives either the front wheels or all four wheels through CVT. It might not have the towing capabilities, but it surely does have pleasant interiors, off road capabilities and some other amazing features which fit it into the category of best vehicle for family of 6. It is a very appropriate minivan alternative. 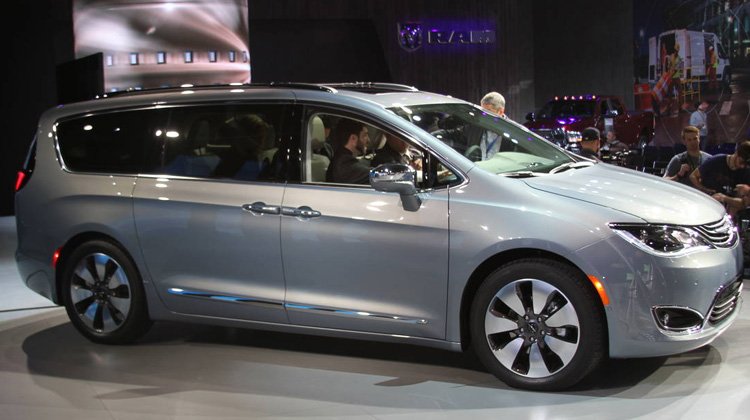 The first generation of Pacifica was famous for its leather seats, wood decals and V6 engines, which was not a common sight at that time. Now that new and improved versions are available they have amenities like navigation, automatic climate control, parking sensors, power lift gates, Blu-Ray player etc. It has a 283 hp V6 engine which provides enough power and fuel economy. Chrysler has always kept luxury and comfort at its priority with Pacifica and the latest iteration of the model is extremely impressive in all the aspects. 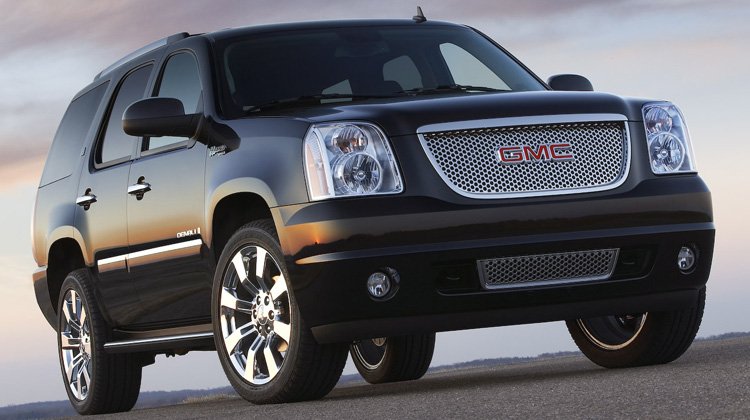 GMC Yukon is one of the multitasking machines in the family of car with 6 seats. Yukon can not only carry the occupants with ease, it can also tow up to 8100 pounds. Powering it is a 5.3-litre engine, which gives a maximum power of 355 hp and has an optional four wheel drive. It has been modified into a full size and four door SUV to meet the changing requirements of the customers. Yukon is not only improved in terms of cabin space, it has also evolved for better ride quality and better handling to improve the overall driving experience. 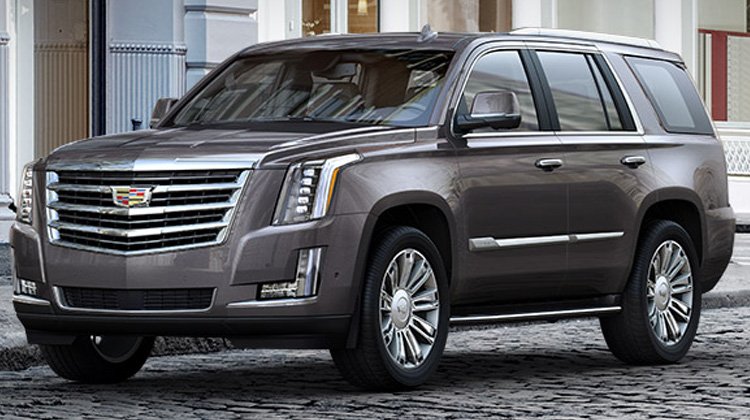 This bulky, big and bold hulk stand out in the crowd when we talk about 6 passenger vehicles. It comes decked in looks and features that can overshadow any vehicle easily in the segment. It has a capacity of eight people and offers a huge cargo space. Kudos to its long wheelbase. It is surely more than a driver’s need, with a little more price it can easily betray a pickup truck. The potent engine with 400 hp of power gives Escalade the capability of towing up to 4 tons. 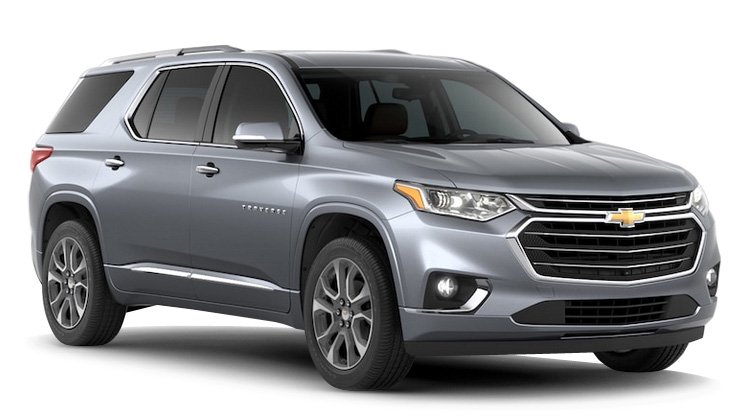 It combines the best of two worlds quite effectively, capacity of a minivan and power of an SUV. Hence it is classified as six seat suvs and 6 passenger vehicles 2017 list. It not only offers improved seating capacity, but it also gives a firm ride quality too. It provides an excellent economy of 6 cylinder engine and has fresh exteriors, MyLink electronic interface and upgraded cabin materials. The spacious cabin accompanied with a 7-inch infotainment display system installed in it makes the overall ride all the more enjoyable for the occupants. Under the hood, it features a 3.6-litre mill which delivers a maximum power of 310 hp that also has a four wheel drive system.

So, these are the 6 passenger vehicles that not only offer better ride quality, comfort, advanced features and potent engine; they are also high on utility aspect that justify the price tags appropriately. Do let us know your pick from the lot and the ones that could have found a spot on our list.