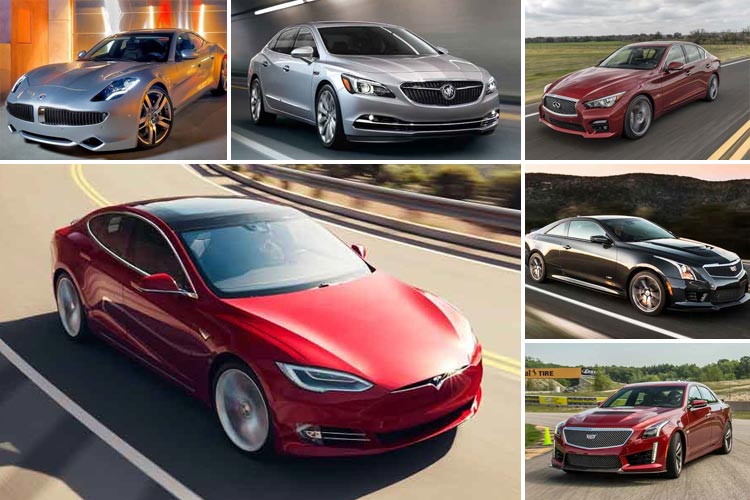 American luxury cars are known for their roomy interiors, huge engines, acres of sheet metal, and comfortable suspension systems that make driving on freeways a cakewalk. Cut to the present times, and American luxury cars have undergone almost a magical transformation to compete with the rest of the world, without sacrificing on the comfort quotient. They now cover almost every niche.

Here are some of the best American luxury cars that have made their owners proud over the years.

The Cadillac XTS combines full-sized style and comfort with a number of high tech features that luxury car buyers want to have these days. Equipped with a 3.6 liter V6 twin-turbo engine, the car outputs 304hp. Inside, there’s a host of safety features, and an entertainment and communication interface. The XTS includes the HiPer front-strut technology from General Motors, which offers the front-wheeled car better handling for those who have to negotiate snow on the roads. 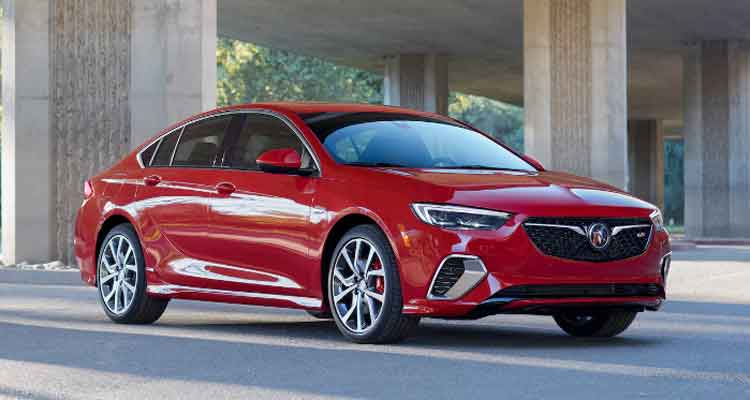 The Buick brand carries the lineage of making some of best American cars and doesn’t disappoint with the Regal GS. The car offers best-in-class driving dynamics. The Regal GS is powered by a 2.0 liter 4-cylinder turbocharged engine that outputs 259hp with 295lbft of torque. It’s available in the 6-speed manual and 6-speed automatic transmission version. The interior of the car is exhaustively spacious. The four-wheel drive comes as an option. 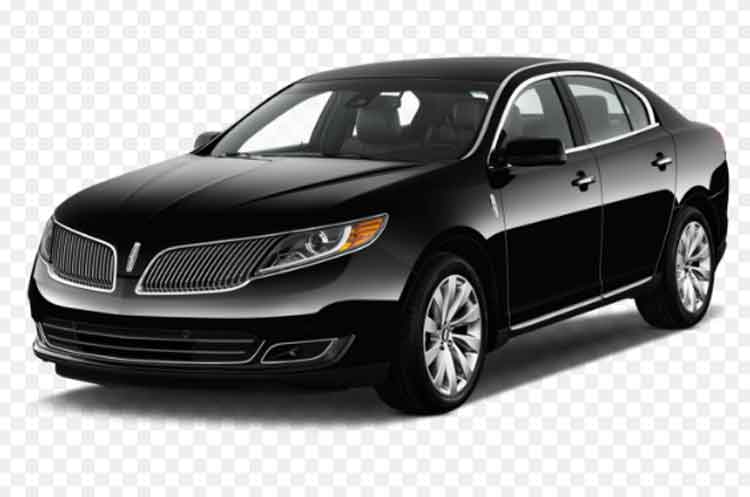 This full-sized sedan from one of the best known American luxury car brands, offer unmatched styling and provides a V6 drivetrain. The EcoBoost version outputs 356hp and comes with the standard four-wheel drive. The Lincoln MKS has won hearts for the extensive list of in-car equipment even in the basic version. The car ups the comfort quotient by several notches. Automatic parking system, adaptive cruise control, and massaging seats are some of the scoring points over its rivals. 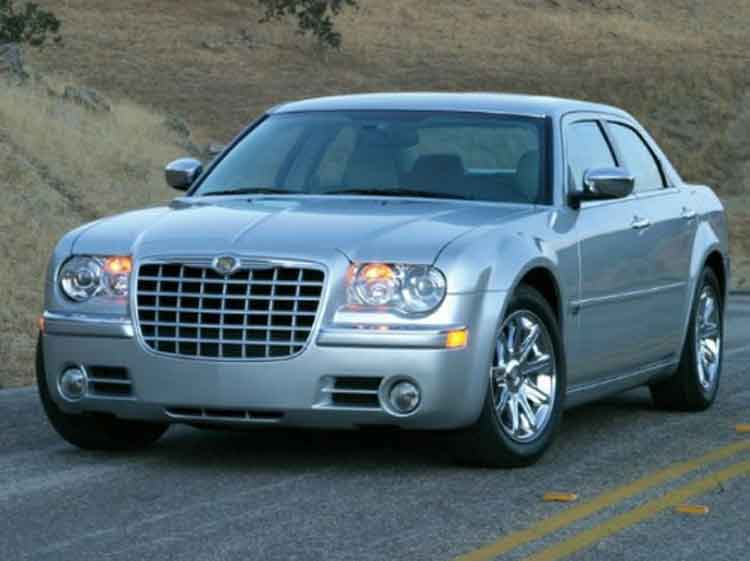 The Michigan-headquartered automobile company makes some of the best American luxury cars and the Chrysler 300 is no different. The basic version comes with a 3.6 liter V6 engine. The upscale sedan is also available with a V8 option for those looking for full-sized luxury. The cabin is super-spacious with the best in-class refinements. The car generates 394lbft torque and is available both in the all-wheel and front-wheel drive options. 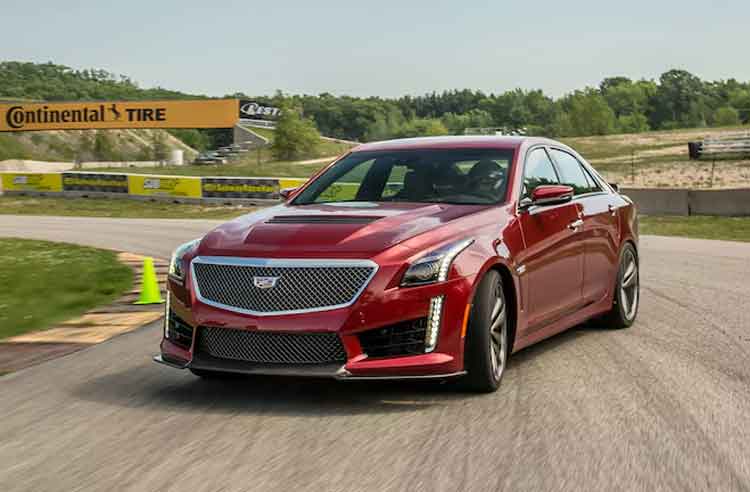 Talk of the best American luxury cars and the Cadillac CTS-V beats all competition fair and square. The car takes the midsized premium platform and tops that up with track-ready suspension. The Recaro seats hug the driver and the passengers while negotiating turns. Under the hood comes a supercharged 6.2 liter V8 engine that generates a whooping 640hp with 630lbft torque. This car is for the rich and famous. 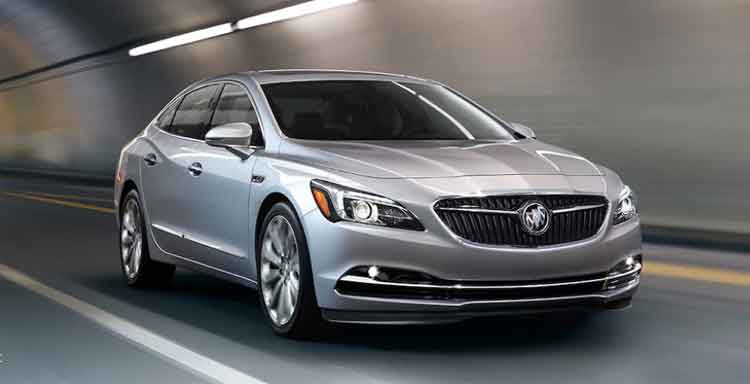 Buick, since decades, has been a constant feature among the luxury American car brands. Buick LaCrosse offers superior styling and the distinctive interior. The eAssist hybrid version of the car serves as the base trim, fitted with a 2.4 liter 4-cylinder engine, combined with a battery-fed electric motor. It outputs 182hp and returns 36mpg on highways which should encourage eco-conscious buyers. The more robust 3.6 liter V6 engine with 304hp is available as an option. 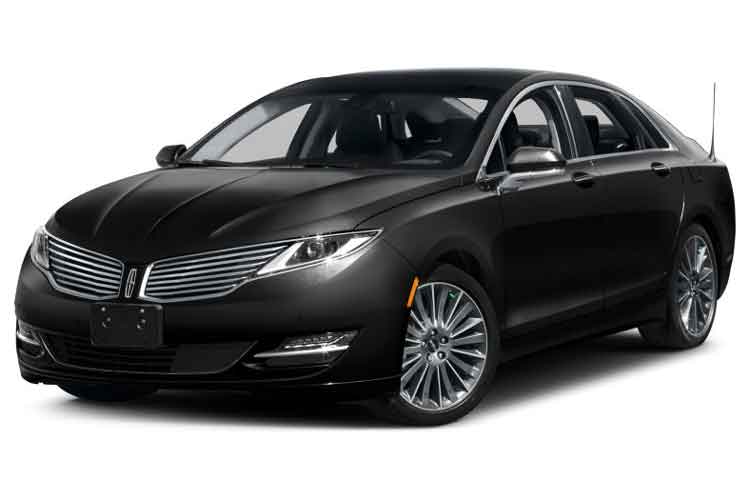 The Lincoln MKZ is an entry-level sedan, aimed at first-time luxury car buyers. Adaptive cruise control, navigation, collision warning, and several other advanced features are a steal at this price. It’s powered by a turbocharged 2.0 liter 4-cylinder engine. The 3.7 liter V6 naturally-aspirated engine comes as an option. The two engines deliver 240hp and 300hp respectively. The car is also available in a four-wheel drive option. 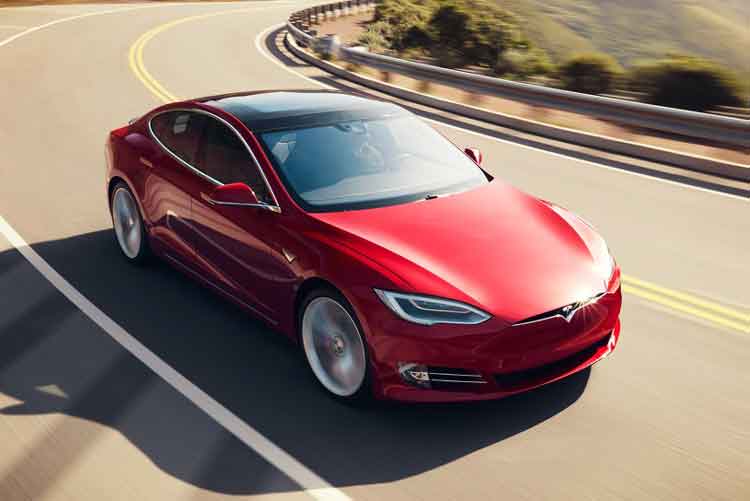 This is not only a strikingly attractive midsized luxury sedan, it’s a fully electric car with some of the best features. With a single charge, the Tesla Model S can travel more than 240 miles, and is available in several configurations. It outputs anywhere between 315-532hp. The latest edition of the Model S is super-quick and sprints to 60mph in less than a minute. It beats the Cadillac CTS-V by packing in a third row of seats. 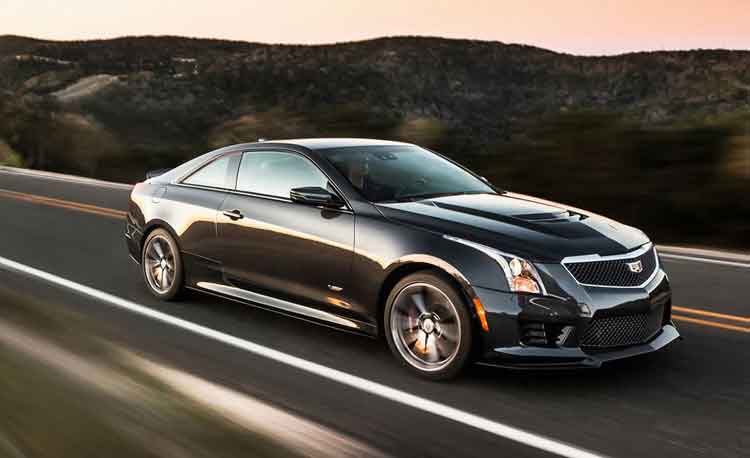 Cadillac makes some of the best American luxury cars and the ATS-V Coupe debuted in 2016. This one is a high-end trim and is based on the ATS compact sedan. There’s a lot of luxury packed into the car which offers great handling. The vehicle is powered by a 3.6 liter twin turbocharged 3.6 liter V6 engine, which is paired to either a 6-speed manual or 8-speed automatic transmission. 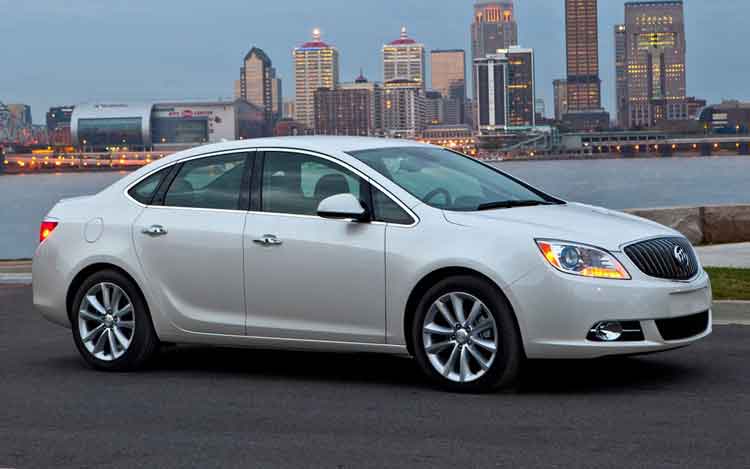 Trust Buick to come up with some of the best American luxury cars and the Detroit-based automobile manufacturer has a winner in the Verano Turbo. The vehicle offers responsive handling, an ultra-quiet ride, and a premium luxury car feel. While it would be far-fetched to call the car a luxury sports sedan, the Verano Turbo outputs 250hp at 260lbft torque. The Turbo version is more engaging on the road than the entry-level option. The cabin is restrained but tasteful. 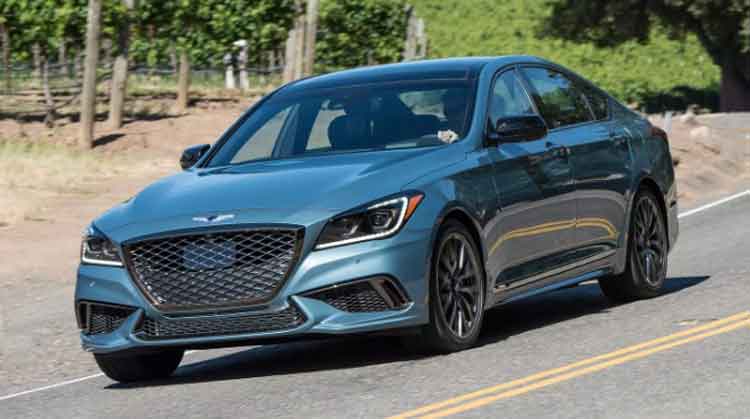 The G80, powered by a 3.8 liter V6 engine, produces 311hp. Genesis was the first luxury car of Korean automobile manufacturer Hyundai. The brand later broke off. The engine is paired to an 8-speed automatic transmission system. The rear-wheel drive is standard on all G80s while the all-wheel drive comes as an option. The G80 Sport has a 3.3 liter twin-trubo V6 engine that outputs 365hp. 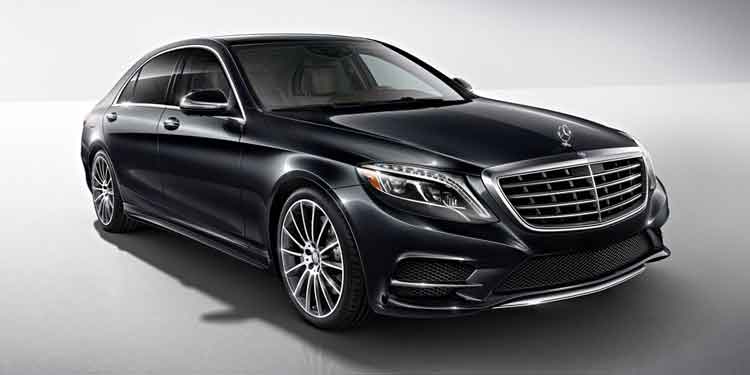 The Mercedes-Benz S550 is one of the premium luxury American cars. The basic version comes equipped with a high-end audio system, soft but plush leather seats, and a host of other luxury refinements. The S550 even has a hot stone massage and an aromatherapy system. The V8 engine is a monster and outputs 449hp. The V12 option performs even better at 621hp. Priced on the higher side, the car is for top celebrities and world leaders. 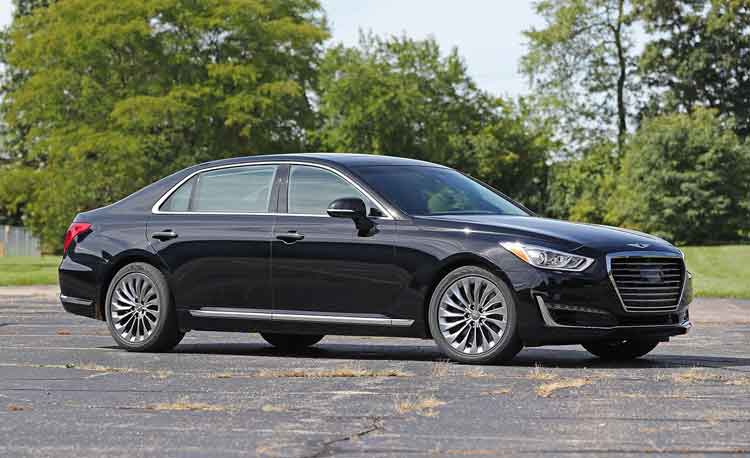 The Genesis G90 is among the best American luxury cars 2018 and checks all boxes for a large sized premium vehicle. The car has ample engine power and offers composed handling in a plush ride. It has several ultra-modern tech and safety features compared to other cars in its class. The car offers a stable and robust ride and is backed by an extended warranty support. 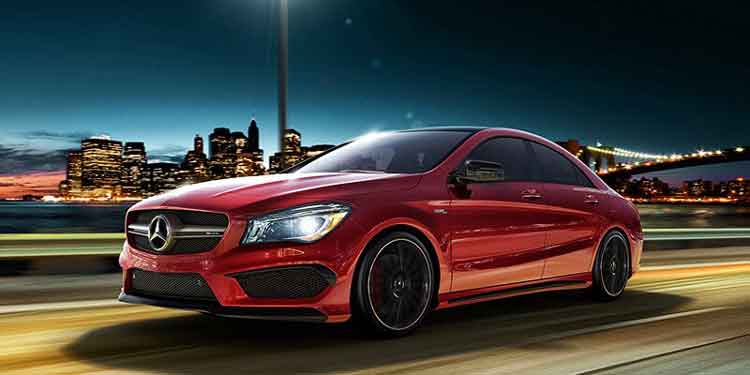 The Mercedes-Benz CLA is an entry-level luxury sedan from the German automobile manufacturer. The 2017 CLA version gets a number of facelifts from its earlier model. The car is powered by a high performance 375hp AMG CLA45 4MATIC engine. Several new styles have been incorporated in the new model like the 4MATIC four-wheel drive. The interior of the car has many top-end features though it’s rather modestly priced luxury sedan. 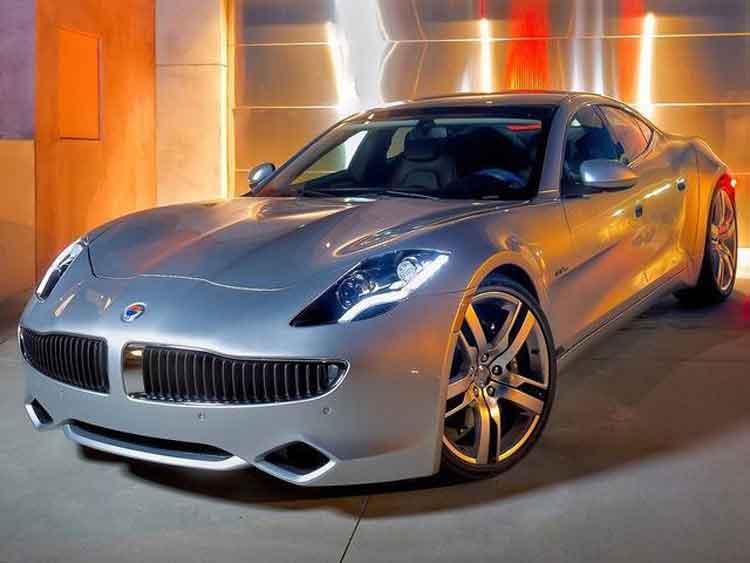 The Fisker Karma was one of the world’s first plug-in hybrid electric American luxury cars. It’s also one of the most expensive in this list of American cars. The car offers a lively performance and has exotic looks rarely seen on an electric vehicle. It’s capable of generating 403hp and the main system is supplemented by a 4-cylinder gas-powered engine. It increases the car’s operating radius if the battery is exhausted. 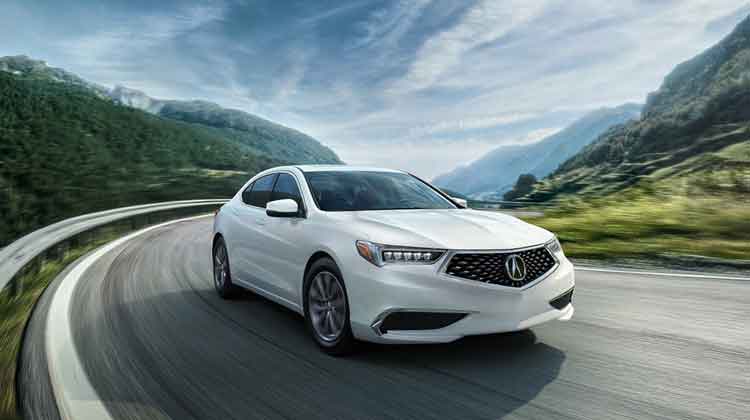 Over the years, Acura has evolved its TLX into a refined and high-quality luxury sedan. It has been one of the bestselling American cars in recent years and also perhaps the most popular in-class entry-level vehicle. For the 2018 version, the Minato headquartered company adds lots of fun and a healthy dose of attitude. The Japanese automaker has lent some serious competition to its American peers. The basic version comes with a 2.4 liter V6 engine that produces 206hp. 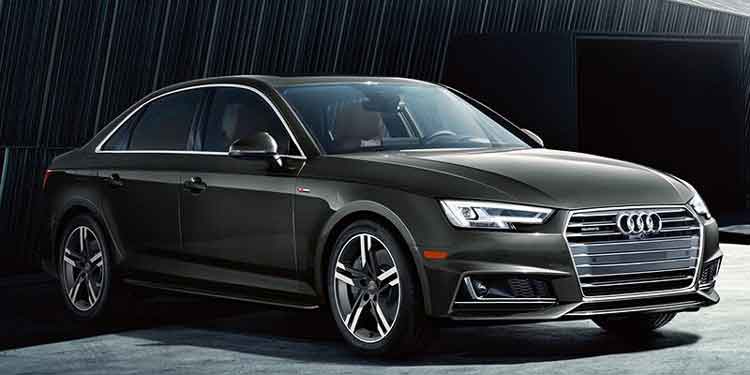 A number of popular American luxury cars come from German manufacturers. The Audi A4 is sporty, silent, and swift. The interior is handsome with many sophisticated refinements. The handling is stable. Front-wheel drive is standard across all versions. All-wheel drive is optional. The turbocharged inline-four engine outputs 252hp and is paired to a seven-speed manual or a six-speed automatic transmission system. The A4 Ultra produces 190hp in fuel-saving mode. 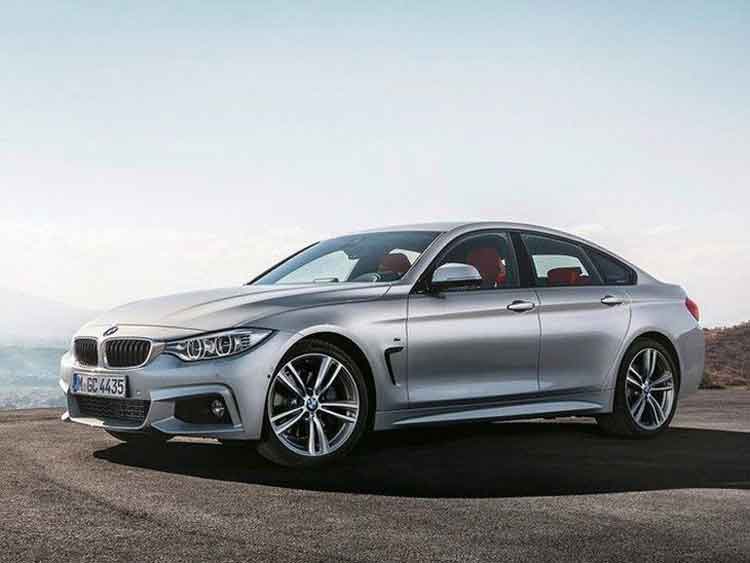 The BMW 4 Series Gran Coupe is a handsome looking four-door sedan based on the earlier series. It offers the added practicality of a premium hatchback and comes with a folding rear seat. The car is powered either by a 2.0 liter inline-four engine that produces 248hp, or a 3.0 liter inline-six which outputs 320hp. The interior of the Gran Coupe is ultra-comfortable. The steering is light and handling sturdy. 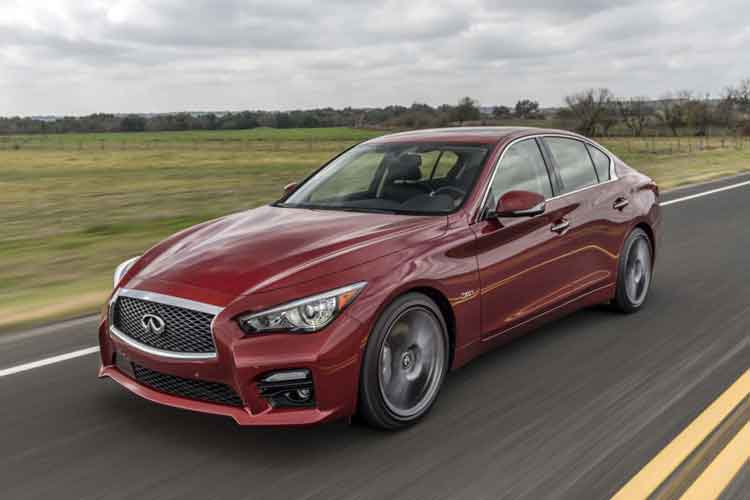 Powered by a twin-turbo 3.0 liter V6 engine, the Infiniti Q50 Red Sport 400 rips the road like no other vehicle. It’s a tire-roasting, snarling luxury sedan that showcases Infiniti’s technical know-how. The optional steer-by-wire function offers more control on handling. The car comes with enhanced safety features like automatic emergency braking system and adaptive cruise control. The engine is strong and the car reaches 60mph in 4.5 seconds. 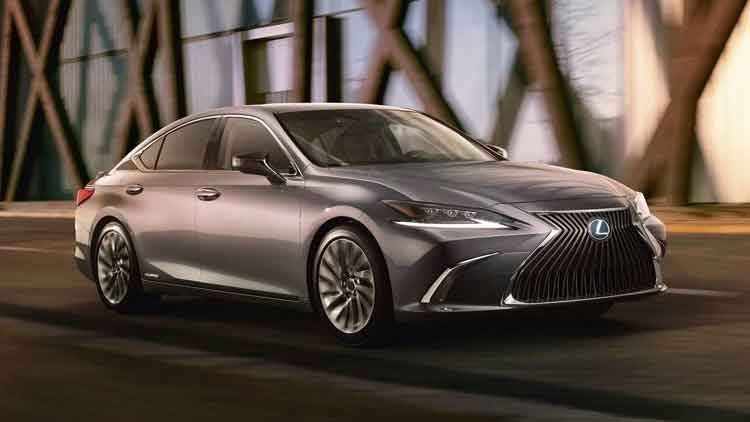 The Japanese automobile manufacturer, over the years, has come up with some top American luxury cars that are matched with utility. The Lexus ES has a spacious and quiet cabin with extended legroom on the backseat. The 3.5 liter V6 engine can produce 269hp which makes the car impressive. The hybrid powertrain comes as an option and offers improved fuel efficiency. The car has an optional package which adds several enhanced safety features. 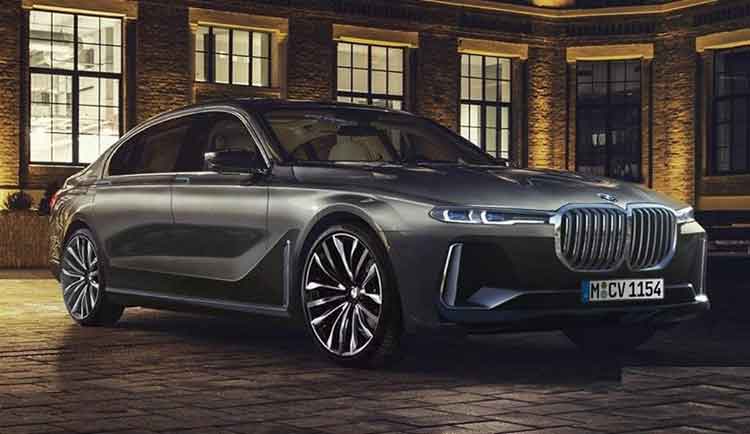 The entire BMW 7 Series is steeped in luxury. The car offers a quiet and smooth ride in a richly appointed cabin. The intuitive iDrive infotainment system, and the reclining massager seats are the high points of this premium luxury car. The 3.0 liter inline engine produces 320hp which makes the big car move effortlessly. The 4.4 liter turbocharged V8 engine, which outputs 445hp, comes as an option. Four-wheel drive is standard across all versions.

American luxury cars are now available at various points that give buyers multiple options to choose between manufacturers. While competition is high among the automakers, each car has its own buyer segment to cater. That aside, companies are constantly upgrading their assembly line to offer better variants.