Just before the upcoming Frankfurt Motor Show 2017, there is something big that has come from the house of the German automaker, BMW. The X7 was in pipeline for quite a long time and as the company is preparing it for the production, a new performance model of the flagship SUV is leaked. This means, the X7 will be joined by X7 iPerformance variant. BMW always release a major design change in the form of a concept and the same is done with the upcoming BMW X7 iPerformance. 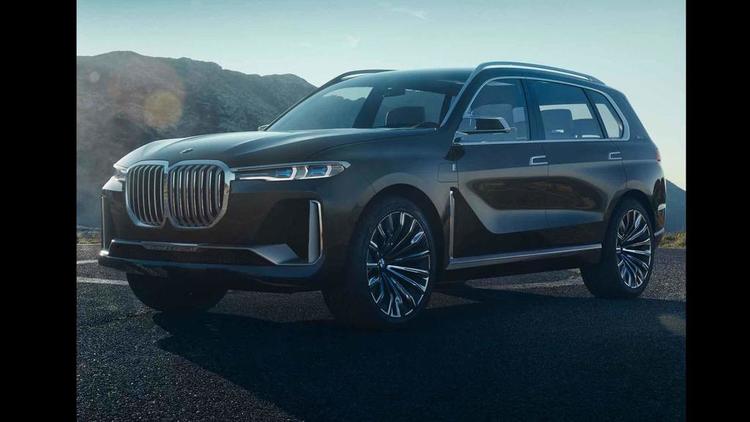 The designing of the next flagship is quite similar to the X5 but, with a touch of aggressiveness. Considering the width-to-height ratio is quite similar to the Range Rovers and not much like X6. At the front, kidney grilles are finished in bright silver and have been joined in the middle, the same pattern is seen on the Lincoln Navigator. The metal finish also defines a lot of elements of the X7, which include air intakes, flush door handles and mirrors. 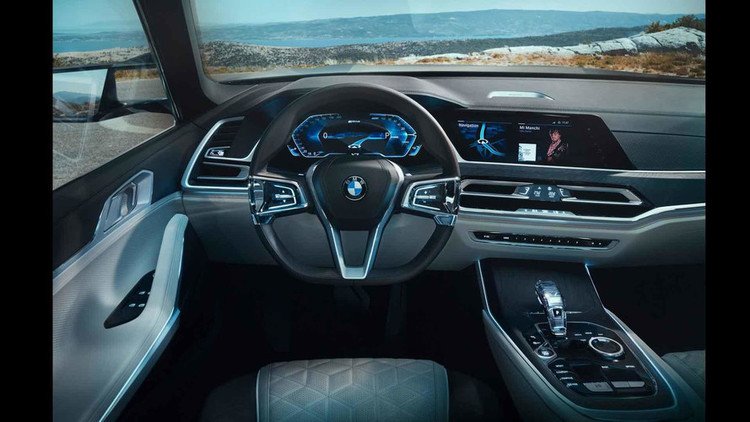 In the cabin, the most attractive part is the steering wheel that is inspired by the Mercedes controllers on either side. These controls are also seen on the 8 Series. As the X7 will be competing against the GLS, the third row was mandatory for the company. The badging of plug-in hybrid is evident on the body while it is backed by a 9.2 kWh lithium-ion battery pack. The standard version might feature a range of 4.4-litre V8 and 3.0-litre V6 configurations.

The X7 will set a new benchmark as the whole idea behind the next flagship is to reflect the grandness of the brand in an effective manner. Whether it is the cockpit or the exterior styling, attention to details and craftsmanship backed by advanced technology is clearly reflected from the images. Let’s see what else the upcoming X7 has to offer and when the X7 iPerformance concept sees the production phase.