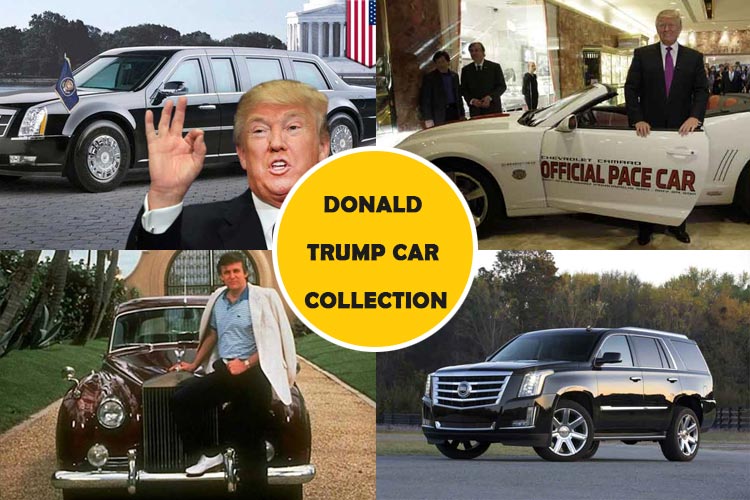 What does Donald Trump drive? Like many flamboyant billionaires, the US President owns an impressive collection of exotic and expensive cars. Most of these cars don’t get much of a workout since Trump is mostly shuttled around in chauffer driven government vehicles and private jets. He gets little time to drive himself. But let’s take a look at the Donald Trump car collection and checkout what the most powerful man in the world drives. 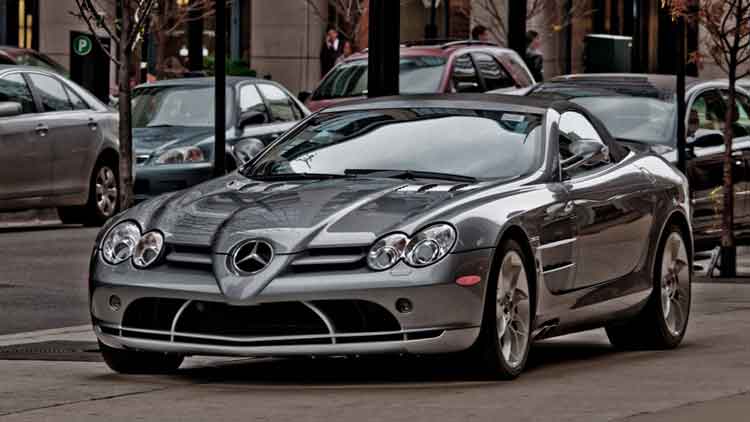 The 2003 Mercedes-Benz SLR McLaren was best of all high-priced sports cars in the early 2000s. The “Benz” and “McLaren” names were the clinching points. What more can one ask for? The car was first manufactured in 2003. Only 370 cars of this sleek sports coupe were produced. The V8 engine outputs 617hp at 575lb torque. Almost a decade and a half later, these are still very imposing numbers. The 2003 Mercedes-Benz SLR McLaren came with a price tag of more than $450,000. 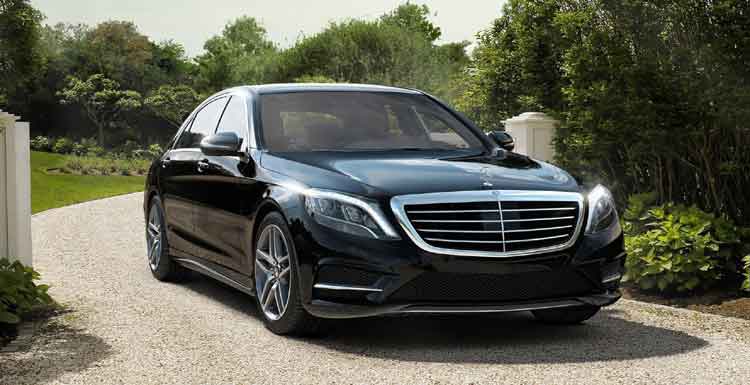 Of all Donald Trump cars, this one perhaps generates the maximum envy. The 2015 Mercedes-Benz S600 has some unique safety features that are often seen in James Bond films. It shields passengers from small arms fires and can even withstand minor explosions. The car has an ultra-modern alarm system and a self-sealing gas tank. The 2015 Mercedes-Benz S600 is powered by a 6.0 liter V12 engine that emits 500hp at 523lb torque. This one is a mean machine. 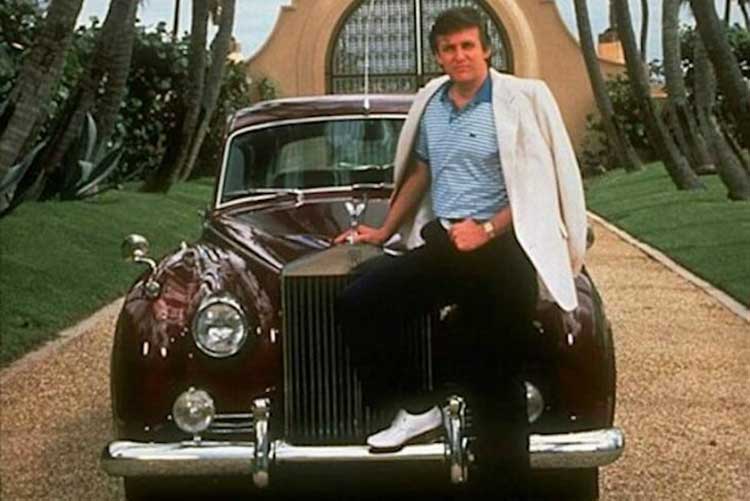 It’s widely believed that the 1956 Rolls-Royce Silver Cloud was the first entrant into the Donald Trump car collection. He has a great love for the Westhampnett headquartered luxury car brand and this car has always been special to him. The 1956 Rolls-Royce Silver Cloud was custom-made for him and resembles the original model. It’s not always that you get to see such a car cruising down the road. But when it does, you can’t help but look twice. It’s one of the most exotic Donald Trump cars. 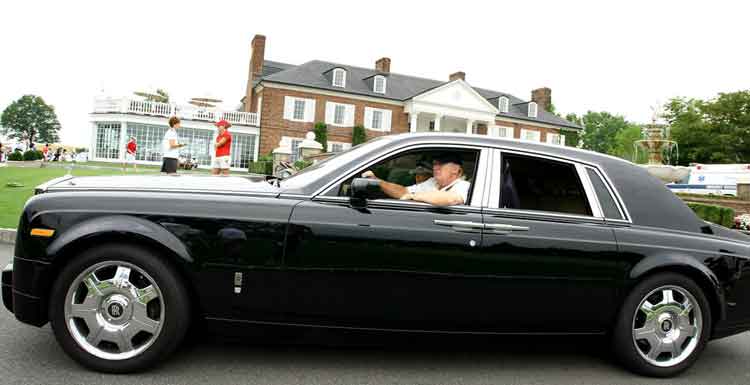 It’s rumored that the 2015 Rolls-Royce Phantom is the only vehicle in the Donald Trump car collection which the third-generation businessman prefers to drive himself. The starting price of this car is $500,000 before adding custom options. The Phantom is the ultimate in the luxury sedan class. The car cruises from 0 to 60mph in less than six seconds. No wonder it’s fitted with an 8-speed 6.75 liter V12 engine that outputs 453hp. With a weight of approximately 6,000lbs and 20 feet in length, the Phantom is more than impressive. 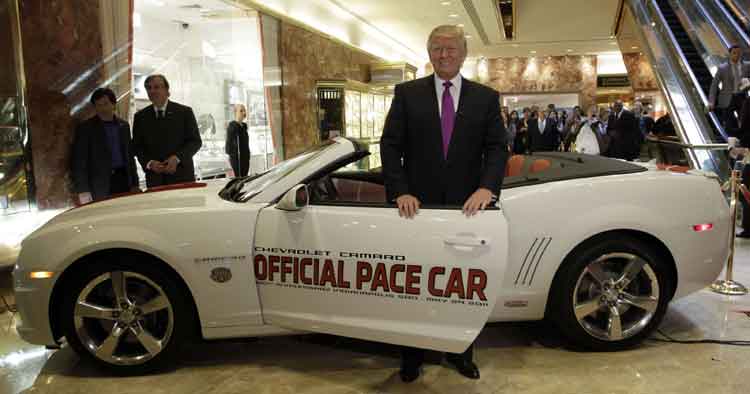 One of the fastest among all Trumps cars, the 2011 Chevy Camaro Indy 500 Pace Car is as true-blue American as Apple. There’s an interesting story associated with this car. It’s believed that Trump was to drive the vehicle at the 10th Indianapolis 500. But because of some scheduling constraints, former race car champion AJ Foyt replaced him. General Motors manufactured only 500 of these replicas that matched the original 1969 version. The Chevy Camaro Indy 500 Pace Car, however, was fitted with a 6.2 liter V8 engine that peaked 426hp. 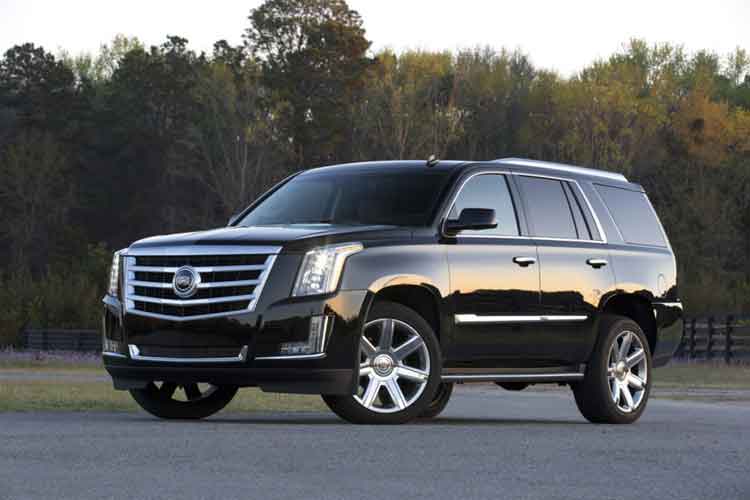 No billionaire can resist the super-spacious 2016 Cadillac Escalade. It’s the biggest car in the General Motors stable and considered one of the most luxurious. But size and refinement are not the only things that this land yacht offers it’s select customers. The slab-sized nose houses a 6.2 litre V8 engine that generates 420hp and 460lb. A fuel guzzler unlike anything, the US President certainly need not worry about that. This imposing looking SUV is entirely American made and an important addition to the Trumps cars. 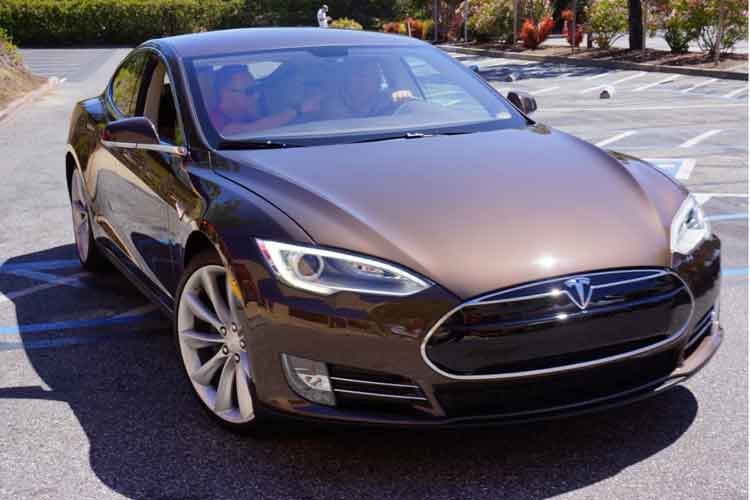 Donald Trump is not exactly known to be petite. But that’s not an issue for him to own small cars. They have to be good. That’s the only consideration. The Tesla Roadster is certainly not one of the sharpest cars from Elon Musk’s garage. The Lotus-inspired compact car is all-electric. This is another Donald Trump car in an impressive lineup of imported cars in his backyard. The car was available only between 2008-12 and peaked a little more than 200mph.

High-end German cars are often the fancy of the rich and the same seems to be the Trump motto as well. The Mercedes-Maybach S600 is a fairly recent addition to the Donald Trump car collection. It’s a limousine that never needs a 30ft long frame to be called one. Priced at $200,000, the bonnet of the car houses a 6.0 liter turbocharged V12 engine. The car makes 523hp and peaks 612lb of torque. The Mercedes-Maybach S600 reaches 0 to 60 in five seconds flat. 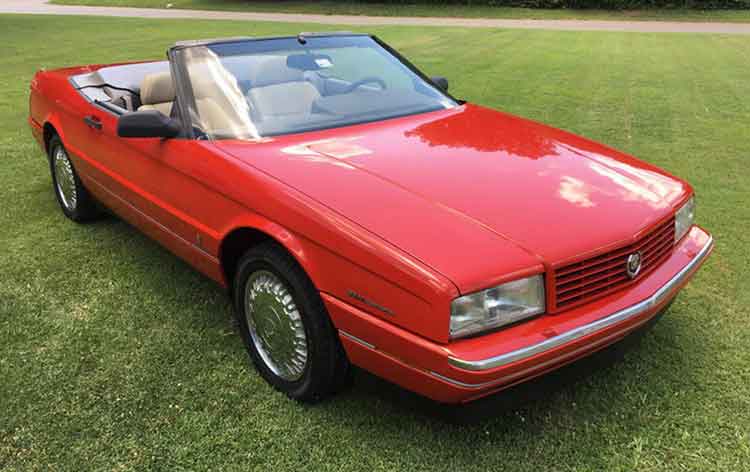 This was Cadillac’s last model for its signature Allante line. The car had a Northstar 4.6 liter engine under the hood and produced only 295hp. The car, however, was more about style than speed. It was chosen as the Pace car for the 76th Indy 500 race. But technological refinements notwithstanding, the Cadillac Allante is no match for the class and elegance of the other members of the Donald Trump car collection. The Cadillac Allante range of cars was manufactured in Italy. Its styling has a distinct Pininfarina influence. 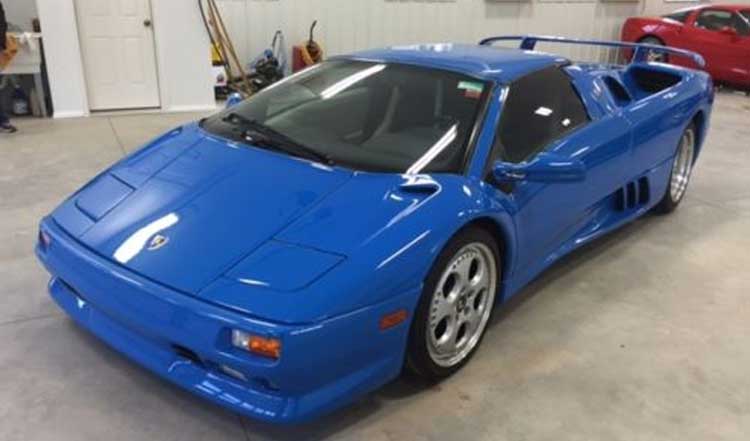 The electric blue Lamborghini Diablo is a precious vehicle in the Donald Trump car collection. It reaches a peak speed of 202mph and has a real-wheel drive. The Diablo is one of the rare Trump cars which have the engine mounted on the vehicle’s midpoint for enhanced stability. Other standard features comprise adjustable steering and seats, and a high-tech audio system. The classic Lamborghini electric windows and scissors doors adorn the Diablo. Trump must have incorporated other custom features in the car. 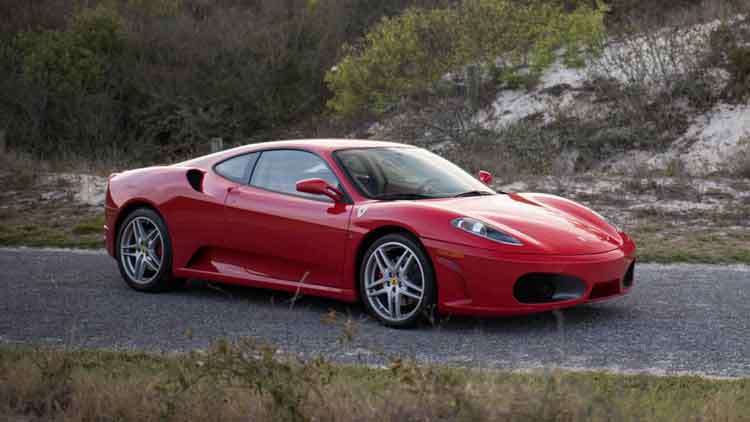 The red Ferrari is a boy’s dream. So why not Donald Trump? The Ferrari is one of Donald Trump cars for sure but none has any idea about the model he owns. Ferrari is one of the leading adventure cars in the world and is admired for its design and looks. Unmatched acceleration and speed are its forte. Trump has not been seen with the Ferrari. It seems he has more penchants for luxury than sporty things. But that doesn’t prevent him from owning an adventure car. 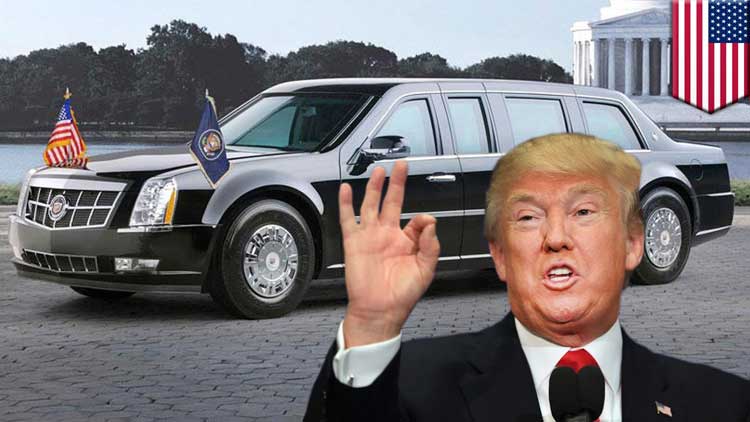 Well, this is not exclusive member of the Trump car collection. It’s common to all US Presidents. The car is a special Cadillac and is built on a medium-duty truck platform. It has several offensive, life-saving, and defense mechanisms and meets the safety standards of the US Secret Service. While the US Presidential car has an extensive 21st century communication gear, the President can cut himself off from the rest of the world, if he/she so desires.

Here are some cars that Donald Trump could consider adding to his envious lineup. 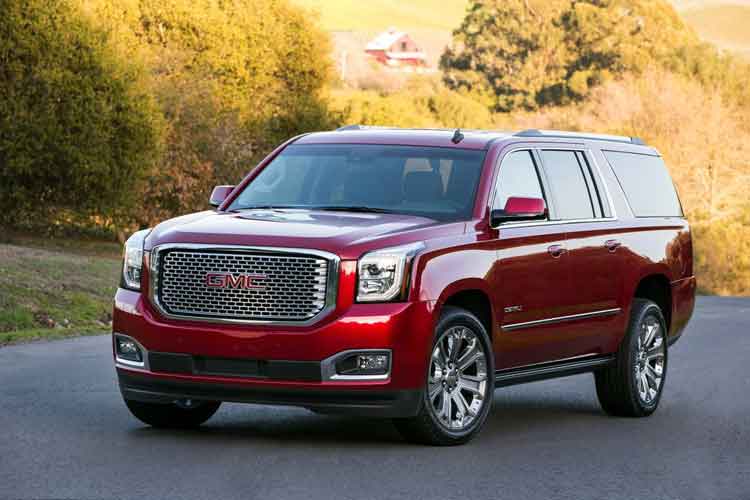 Trump has not really been nice towards Mexico and may just consider adding the GMC Yukon XL to his collection to mend relations. This Mexico-made SUV looks imposing. It is fitted with a 6.2 liter V8 engine and outputs 420hp. The car comes with a whole lot of luxury features that can make the President comfortable. It can be customized according to specifications. 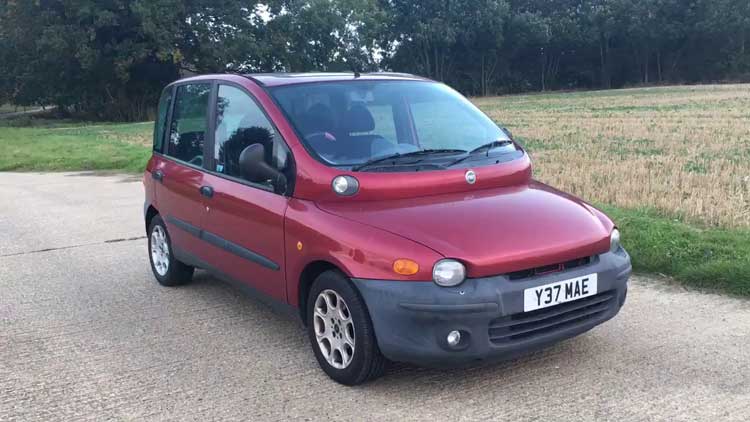 Donald Trump is known for his unique tastes. Many of his possessions are not seen by the public. The Fiat Multipla could be a one of its kind inclusion to the Donald Trump car collection. The looks of the car may repel people and this can keep him protected. A short vacation and this is just the vehicle he will need for the purpose. 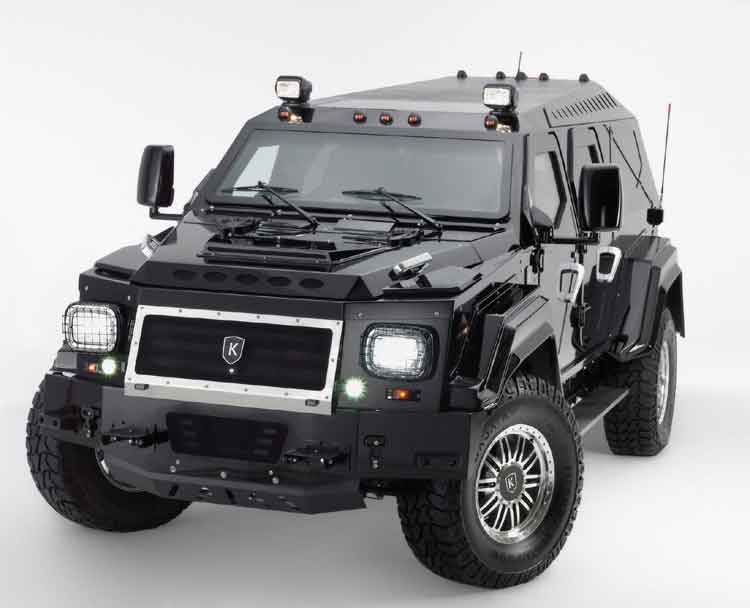 This one is a hand-built SUV and a huge one at that. It’s 20 feet long, 8.3 feet tall, and 8.2 feet wide. The dimensions are enough to eclipse all other SUVs. The six ton vehicle is mounted on run-flat ballistic proof tires. The Ford V8 petrol engine provides power to the car which has a peak 400lb torque and emits 325hp. Flat screen TV, custom leather upholstery, a satellite communication system and night vision camera can be fitted to the vehicle. 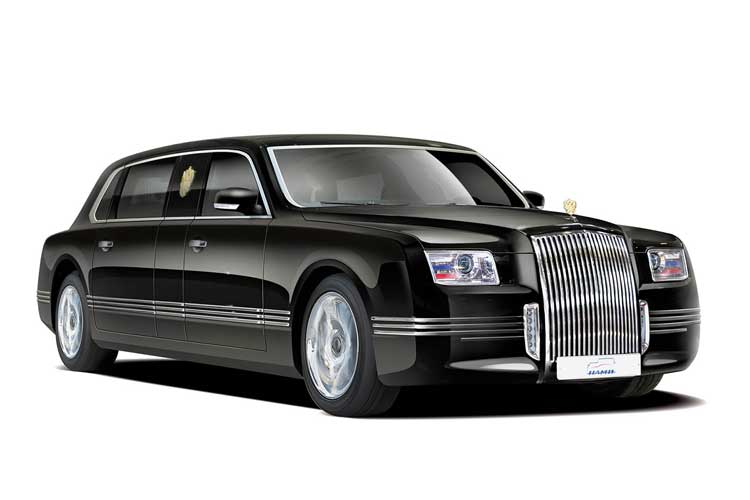 The Trump cars could do good with the Kortezch and take Washington-Moscow relations to the next level. Only 200 cars of this limo are expected to be manufactured. The Kortezch will be fitted with some of the most advanced safety features. The engine will be from Porsche. Trump can look for a personalized limo to bolster his car collection. The all-Russian vehicle will score a diplomatic point for the US President. 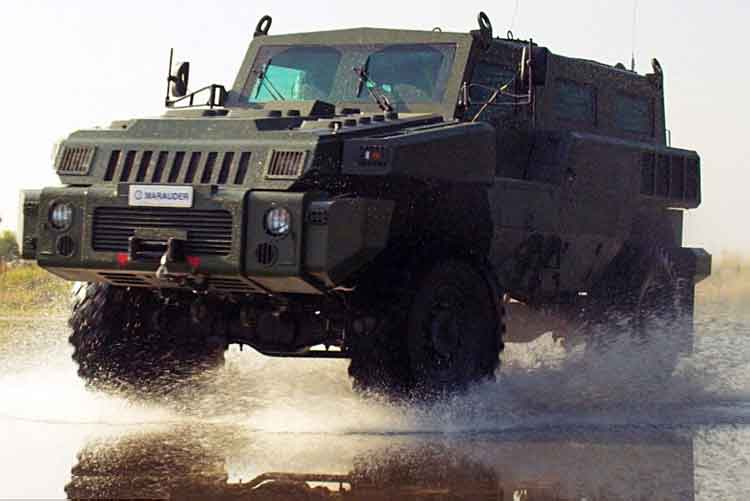 This one is nothing short of a battle tank. Grenades, bullets and even mines can’t affect this beast at all. The South African car can run through walls and parked cars. It could be the ultimate safety vehicle for Trump. The Marauder is something he may require to thwart terrorist attacks. 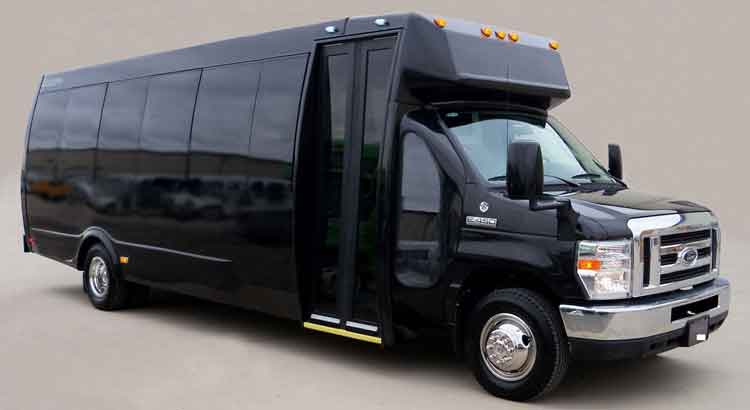 If Donald Trump wants to take his family and friends along with the entire entourage, then this is the car he should have. The Ford limo can take as many people possible and comes in some of the brightest and attractive colors. It scores high on safety features.

So I guess that answers what does Donald Trump drive and what other cars can be added in Donald Trump car collection? But like all other persons, his likes too are subject to change. Who knows, we may have some new cars added to the collection from the ones above.