Ford made a major splash at the North American International Auto Show, Detroit, 2014 with the all-new F150 pickup. But the full-sized vehicle has been around for several decades and has been one of the most popular vehicles in the US. The truck has evolved over the years. However, there are several Ford F150 facts that you may not have known. Here are some of them:

1. Was a major leap forward 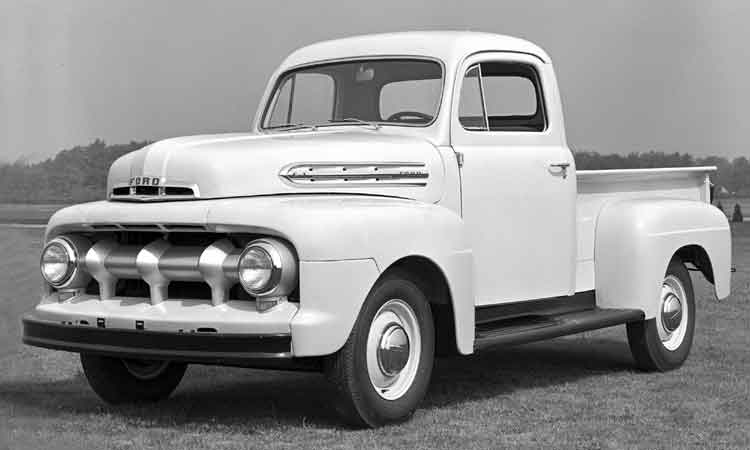 The F-Series, launched in 1948, was Ford’s first model to be introduced after World War II. The single-piece windshield, unique sheet metal body, multiple chassis designations and several other never-before features, was a big step ahead for the company. The F-3 and F-1 pickups were heavy-duty and medium-heavy-duty vehicles. Ford showed that the country was ready to return to work leaving the horrors of war behind. 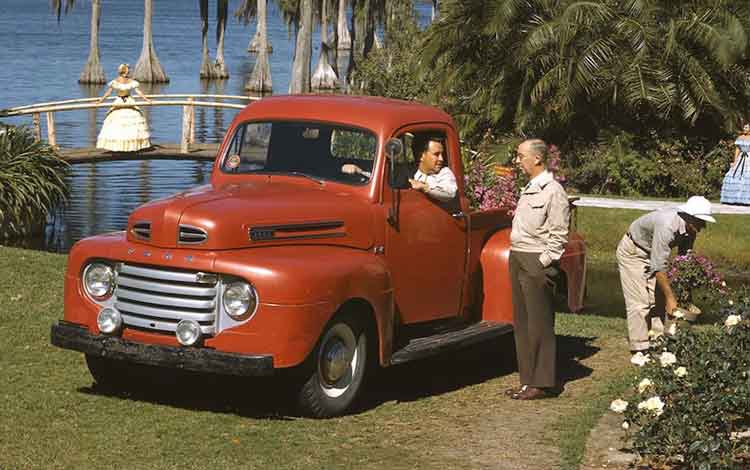 The entire F-Series, back in 1948, was either the Flathead V8 or the straight-six. The Dodge and Chevrolet trucks came only in the straight-six version. Ford was the market leader in the V8-powered version until Dodge entered the scene in 1954 and Chevrolet a year later. But Ford always managed to pack a punch among all the competition with the SVT Lightning or the more recent Raptor. 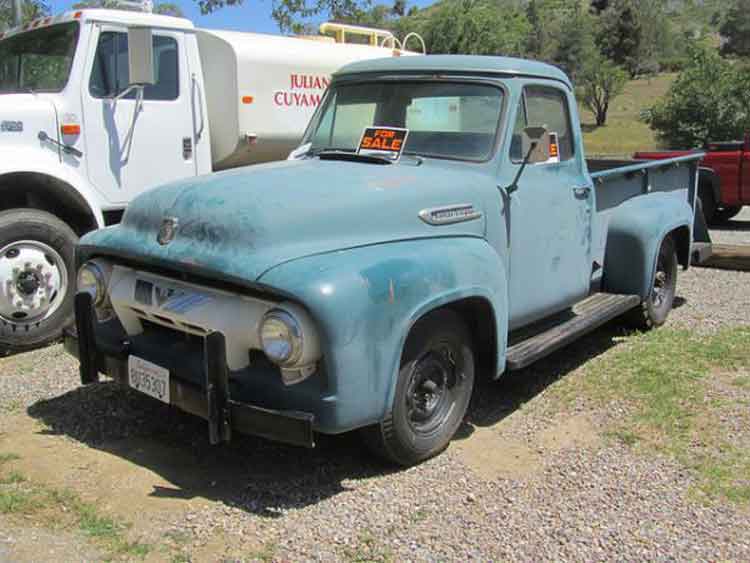 The F-Series pickups from Ford were already almost three decades old when the most popular version was launched. Then, the F-1 became F-100 in 1953. The company introduced a F150 model between F100 and F250 in 1975. The midrange pickup truck became hugely popular in the entire Ford lineup. In 1977, the F-Series became the highest selling pickup. The F100 version was consigned to history after 1983.

4. The last US bestseller 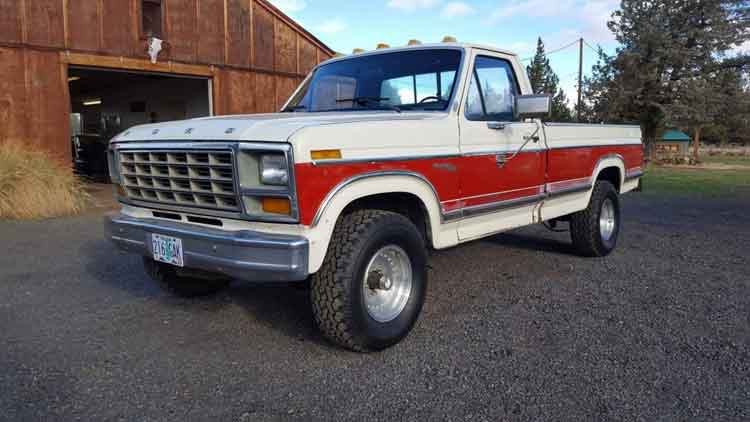 One of the most interesting Ford F150 facts is that it became the bestselling vehicle in the US in 1981 and has since managed to hold on to the position. The Oldsmobile Cutclass held the honor before the F-150 took over. Looking back, when the F-Series took the pole position, Ronald Reagan had just assumed office as the US President. The Cutclass went out of production in 1999, and Oldsmobile shut shop in 2004. 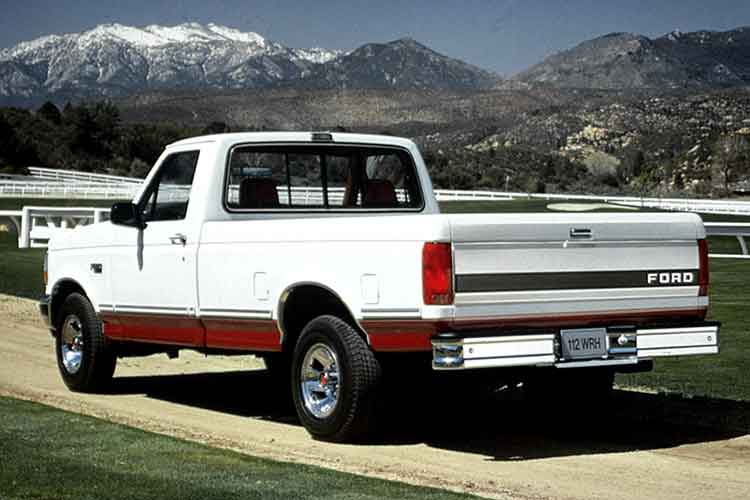 The F-Series added more convenience to its features that went on to popularize the extended cab. The late 1990s saw a car-like bold design adorn the F-Series. But the shocker came when the company introduced aluminum-intensive models in 2015. Skepticism notwithstanding, the truck retained their popularity. The 10-speed fuel-saving AT version was introduced in 2017. More innovations are on the cards. 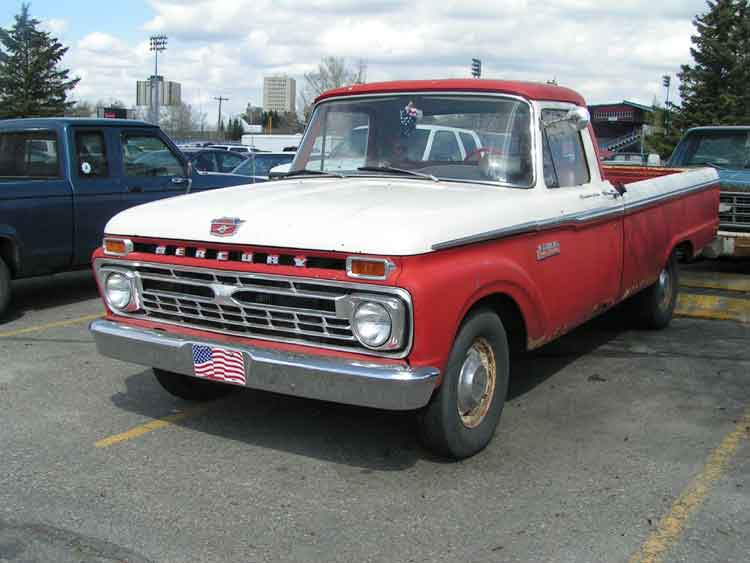 The company tried to launch an unibody F-Series truck in 1961. But there were no takers. Then in 1980, it drilled holes in the pickup’s frame to save weight. The results were disastrous. Not all experiments with the F-Series were successful. Ford, fortunately, has always been able to correct the issues that could tarnish the image of the F150. Despite the hiccups, the performance of the truck has been undeniably impressive. 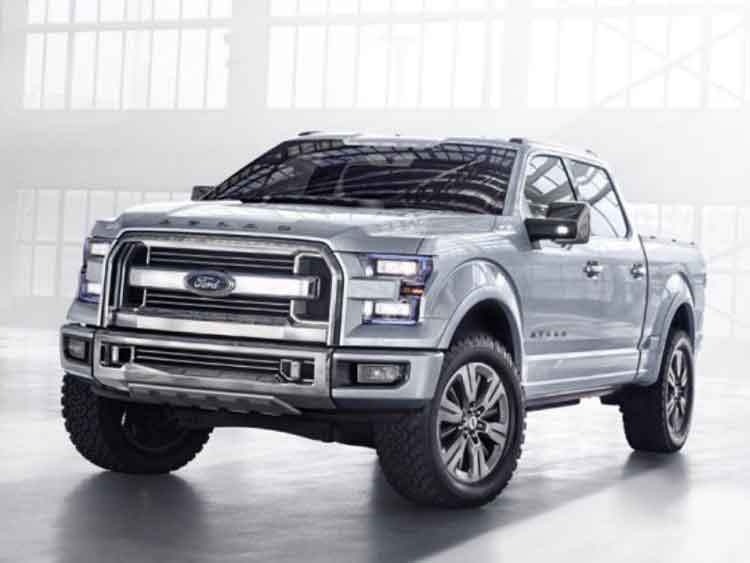 An all-aluminum bodywork, until very recently, would have been used limitedly in a pickup truck. Brands like Jaguar and Audi reserved it for their luxury vehicles. Ford overcame this by implementing a “closed loop” production line. It supports the green cause. Manufacturing an F-150 leads to the production of 20 million pounds in aluminum scrap, which is recycled and reused in the production. The result? Around 30,000 extra F-150s are produced each month. 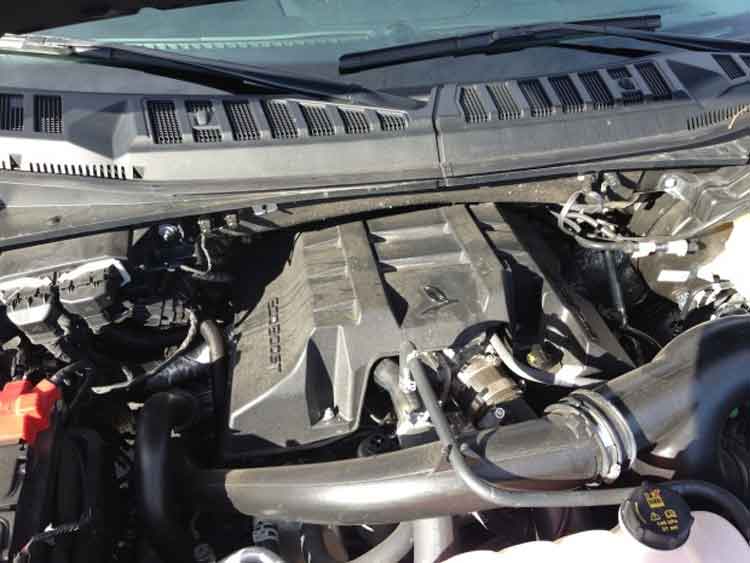 Among the most interesting Ford F150 facts is that the iconic pickup is doing more for less. Fuel economy standards have become stricter. This has led to smaller and more powerful engines. Ford has led the way in this regard with the EcoBoost V6 2.7 liter engine outputs 325hp with 375lb of torque. That’s certainly more power than what most V8 engines mustered a generation ago. 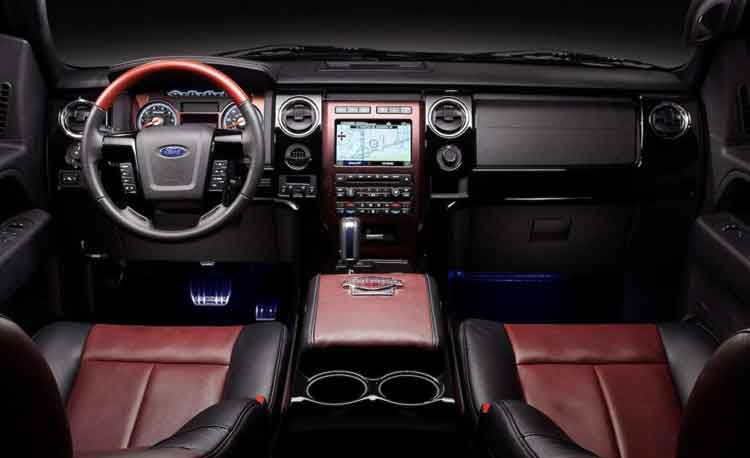 When the production version of the full-body aluminum truck rolled out of the Ford workshop in 2015, competitors like Fiat Chrysler and General Motors, ran advertisements questioning its toughness and durability. Even the Ford F150 interior, and the availability of Ford F150 parts, was questioned. But all criticisms were waylaid when the pickup became a hit. The competitors now became busy assembling their own all-aluminum trucks. 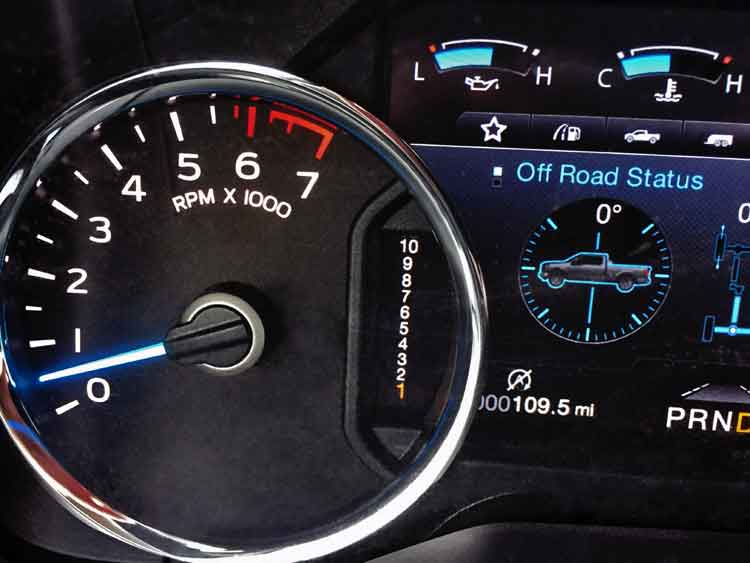 The new Ford F-150 Raptor, as already said, is equipped with a 10-speed AT system that was developed courtesy the General Motors – Ford bonhomie. Ford termed it as the transmission of the future. And that’s exactly what it has turned out to be. With more focus on green technology, this could be the benchmark for similar vehicles in the coming days.

Also Read: 15 Best Used German Cars you can Own

The F-150 Raptor has six different drive-selector modes. These are Normal, Weather, Sport, Rock Crawl, Mud/Sand, and Baja. The engineers at Ford have done a splendid job. Now take the pickup on whichever terrain you want. The response system is one of the major Ford F150 facts that has made the vehicle a favorite among buyers.

The first generation tailgate step on the F-150 was good. But the new generation is much better. Pulling the step down is a lot easier. That aside, one of the coolest things about it, is that the step is fully integrated into the tailgate itself. The tailgate on the new F-150 is a solid one-piece thing. Pull it down and you can sit on it. 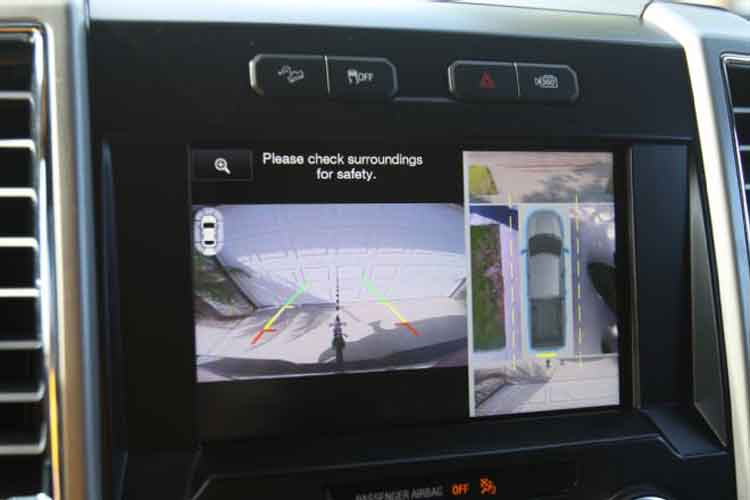 The F-150 has always been the trendsetter among pickups and is now fitted with a 360-degree camera. It offers a bird-eye view of the entire surroundings. Ford is the first manufacturer to offer it for trucks. Such cameras are a monopoly of large-body SUVs. It’s easier to park the vehicle with the help of the camera. Other truck-makers are likely to follow suit soon. 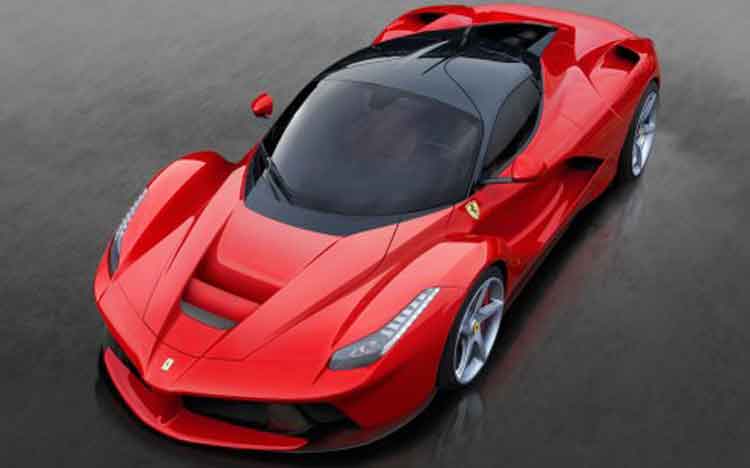 Now here is one of the most interesting Ford F150 facts. The bestselling pickup debuted long before the Formula 1 race started. The 2011 challenger from Ferrari was named F150 to honor the 150th year of the Italian unification. But Ford didn’t take things lightly. It raised trademark violation issues. Ferrari had to rename its vehicle F150º Italia. But it was no match in competition to the F-150. 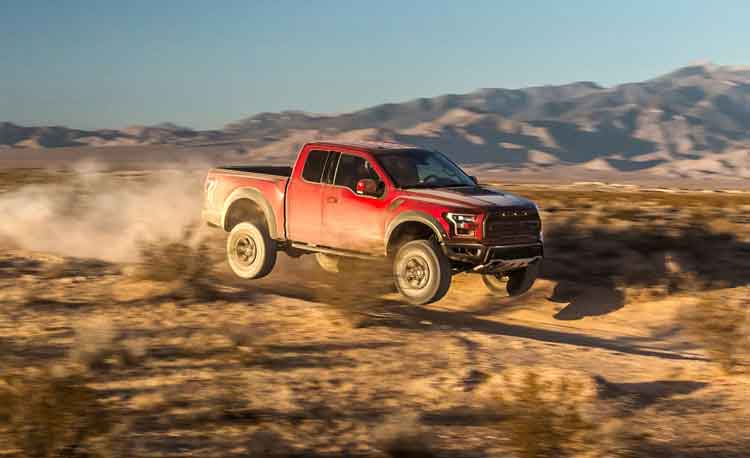 The new F-150 Raptor is equipped with a fox racing suspension for negotiating desert terrains. Fitted with aluminum control arms, the Raptor can travel 13-14 inches vertically up or down. That’s certainly one of the Ford F150 facts you may not have known. The coil springs in the front and leafs at the back are tuned in such a way that they offer maximum maneuverability. Cross-country or desert racing was never easier.

These were some of the most striking Ford F150 facts. The heavy-duty pickup is the most popular vehicle in its category. With Ford consistent with its design innovations, the truck is sure to retain its spot for several years to come.