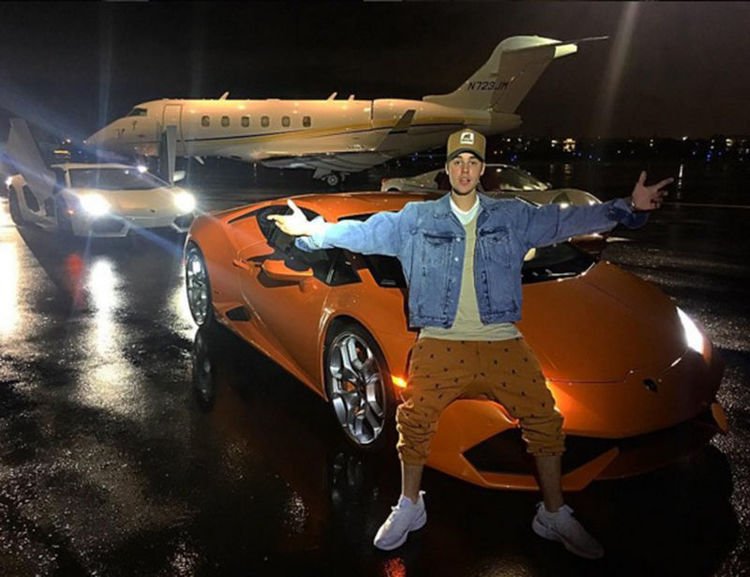 Justin Bieber has achieved what many of us can only dream of at such a tender age. This 23 year old pop sensation boasts of a fleet of exquisite cars, worth more than $100 million! The fact that he got his first car at the age of 16 years is enviable for most of us. At that age, we were just finding a way around with our parents’ old cars (only the lucky ones)!

Some of Justin Bieber cars have been gifted by other celebrities too, including his mentor Usher, his manager Scooter Braun and singer P. Diddy to name a few. He has also got most of them modified as per his personal taste, which has created some outrageously designed vehicles too.

Not particularly a safe pair of hands at the wheel, Justin Bieber has had a few brushes with the law and has been penalized for the same. Anyways, here’s a glimpse of Justin Bieber’s car collection. 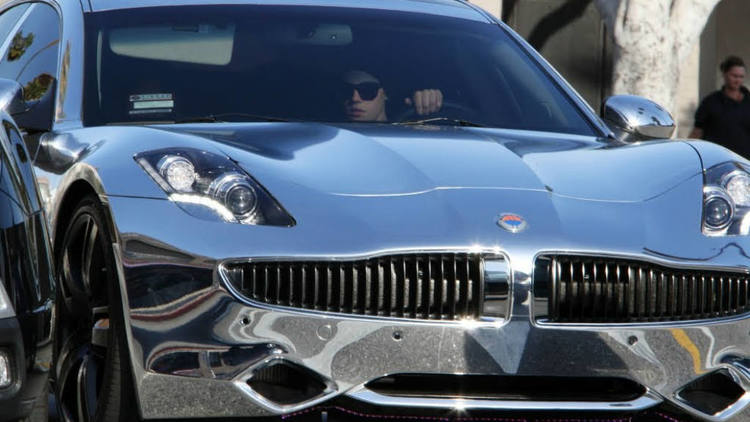 This premium electric sports car was gifted to Bieber on his 18th birth anniversary by his manager and close friend Scooter Braun. The Fisker Karma cranks 161 HP of peak power, thanks to its 120 kW motor and 2-litre turbocharged Ecotec engine. With a hefty price tag of $100,000, it is quite popular among Hollywood celebs like Leonardo DiCaprio. Bieber got the Karma completely chromed out, which makes it stand out outrageously on road. He got a speeding ticket in LA while he was driving this car over 65 mph. 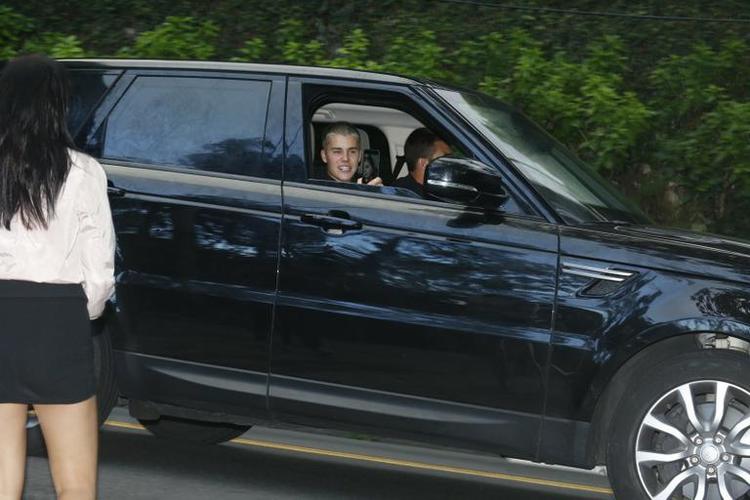 Well, most of us don’t even dream of owning a single car at the age of 16. Bieber got at least 3 cars gifted to him on his 16th birthday. This is another such sweet 16th birthday gift car in Justin Bieber cars list, courtesy of Usher, who is Bieber’s mentor and close friend. This all-black SUV has a 5-litre supercharged V8 engine, pumping out 510 PS of raw power at 625 Nm torque. 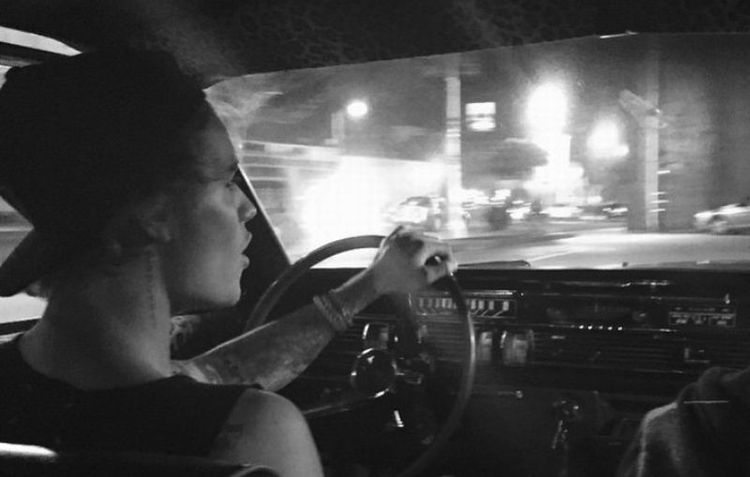 Justin Bieber maybe the most loved and the most hated celebrity that the world has ever seen! It is evident from the likes and dislikes on his Youtube videos. He probably added some more people to his hate list (just out of pure envy) when he got this classic Lincoln for his 21st birthday as a gift. The Shaheedi brothers got this for him.

Priced at $240,000, Huracan is one of the most expensive entries in Justin Bieber cars list. This is the fourth Lamborghini in his fleet and he pompously took to social media to boast his new purchase. Huracan reaches 60 mph in just 3.2 seconds! Bieber promised his fans that he’ll drive this Orange sports car safely. Let’s keep our fingers crossed. 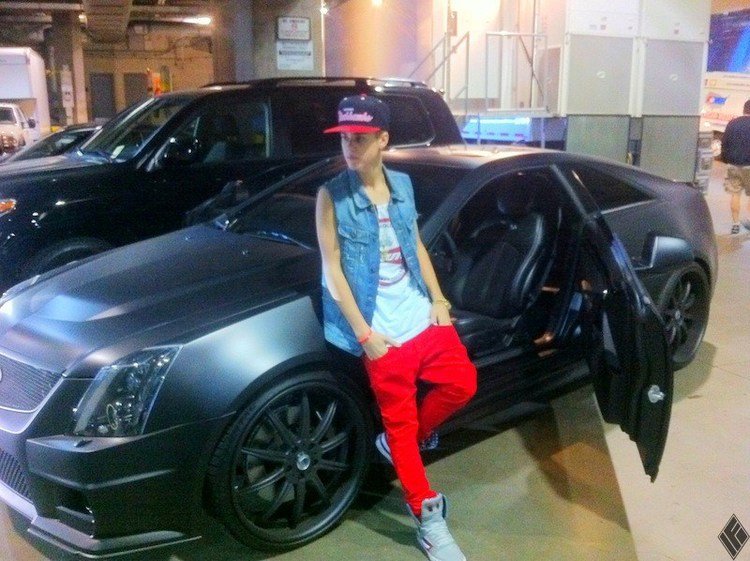 The custom auto shop “West Coast Customs”, featured heavily and popularized through MTV’s “Pimp my ride”, were instrumental in making the Cadillac CTS-V Coupe a standout vehicle among Justin Bieber cars. Dubbed the “Bat Mobil” by Bieber, this Coupe is fitted with DeLoaren style self-opening doors, dark blue headlamps and a matt black finish, this Cadillac has a Batman logo stamped on the grill as well as rear. And of course, JB’s initials are present on the dashboard in black crystals.

The Bieber and West Coast Customs combination works again on this American muscle car, which stands out as well amongst other European sports cars in JB’s collection. Besides JB’s obsession for matt black colored exteriors, this car has been modified too. The Escalade has been “Pimped” with a TV screen, recliners, state-of-the-art entertainment system and similar tech stuff to convert it into a “Mobile ManCave”. 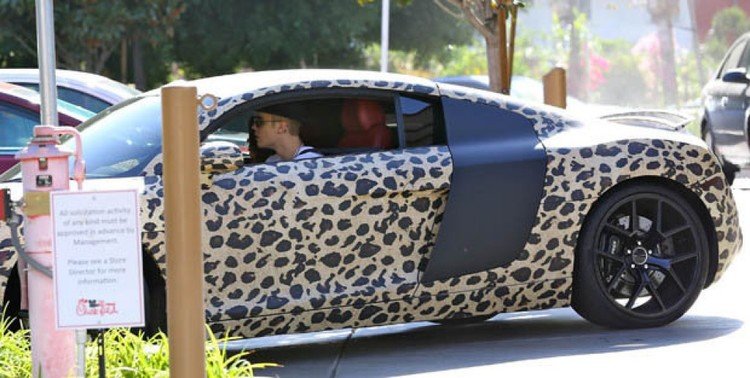 One of the Justin Bieber new cars, this first-generation R8 is a beast of a sports car with zero to sixty mph in four seconds approx and has a top speed of 190 mph. The leopard printed R8’s exterior can be visually described as tacky at best. But that’s what money of that sorts allows you to do, doesn’t it? Guess who came to help Bieber with this outrageous paint job (and other mods)? Of course, West Coast Customs again. 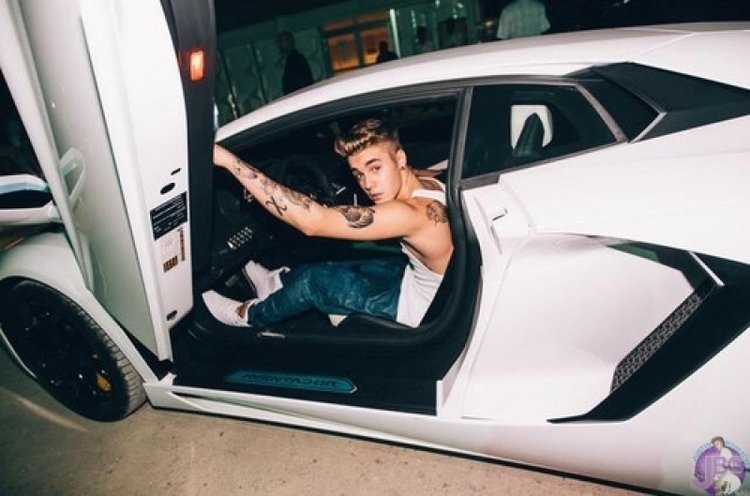 Lamborghini replaced its flagship car Murcielago by Aventador, a few years back. Since then, this has been a staple in most Hollywood celebrity’s garages and Justin Bieber is one of those proud owners. He was just 18 when he purchased this car. One of the fastest members in his collection, this new member of Bieber’s Lamborghini quartet can reach 60 mph in just three seconds! He reportedly got its V12 engine upgraded from 700 PS to 900 PS! 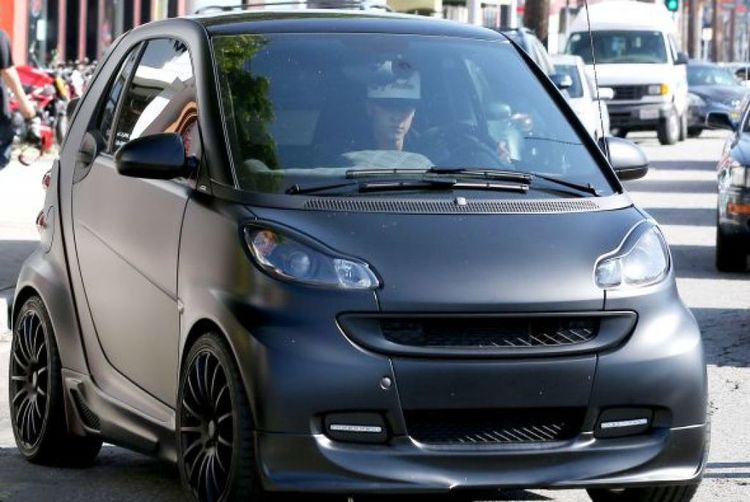 Another sustainable addition to the Justin Bieber car collection besides Fisker Karma, the Smart Car is a miniscule two-seater electric powered vehicle. JB has got it modified too in his signature matt black paint finish. Moreover, the “Smart Car” badge on the grill has been replaced with a new badge that reads, “Swag Car”. Why, you ask. Well, because he can! 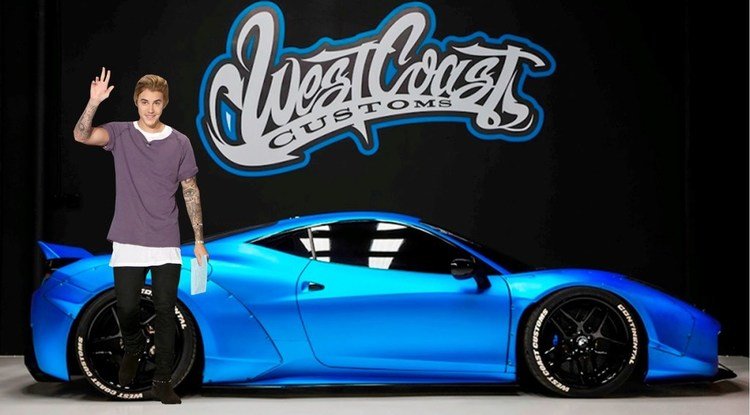 JB replaced his matt-black Ferrari F430 (which he purchased on his 16th birthday) with this stunning 458 Italia. This time Bieber deviated from his signature matt-black exterior and bought the opposite, as glossy white colored car! Although, the 458 also got the West Coast Customs treatment and was modified with body kits, refurbished interiors and a blasting sound system. This Ferrari became infamous when a photographer died while trying to click JB’s pick, while JB’s buddy Li’l Twist was driving this car.

This Italian supercar was gifted to Bieber by Sean “P diddy” Combs on JB’s 16th birthday, only a few months after he promised so. Gallardo Spyder was the first Lamborghini that JB possessed, and after that it can be assumed that he developed an obsession for them. This speedster had a 5.2-Litre V10 engine and a top speed of 202 mph! 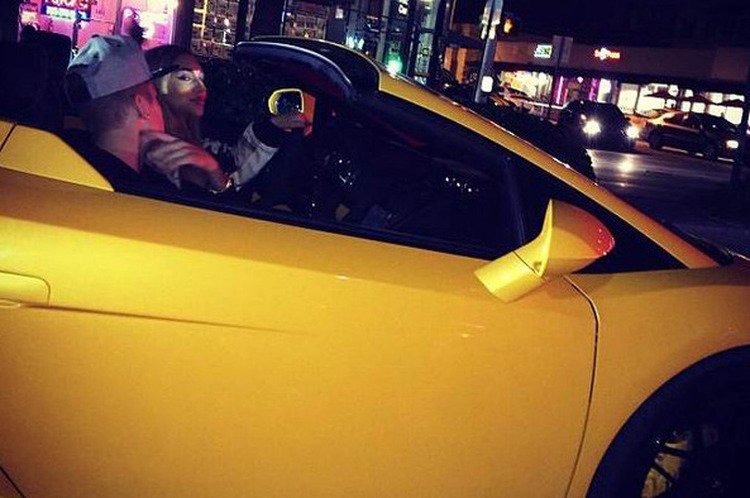 This is the car that got infamous for Bieber’s Lamborghini incident, when he was apparently involved in a drag racing on a residential street in Miami. This yellow Lambo has become synonymous to the young star’s reckless driving and it culminated with his arrest. Bieber doesn’t own this car and was only renting it for that trip, for $1200 a day. His wayward behavior probably cost him a lot more! 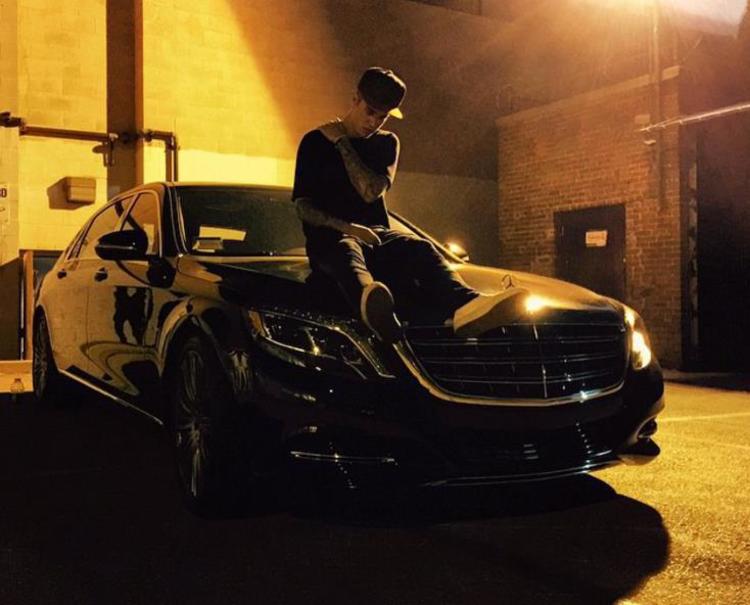 When JB’s bank account had $190,000 too many, he decided to make good use of it and hence bought the Mercedes Maybach S600. Hiding a 523 HP, V12 engine under its hood, the black beauty is a proud addition to the young star’s collection, as can be assumed with his constant posing around this vehicle for Instagram posts. It’s probably one of the more sophisticated choices in his complete car collection. 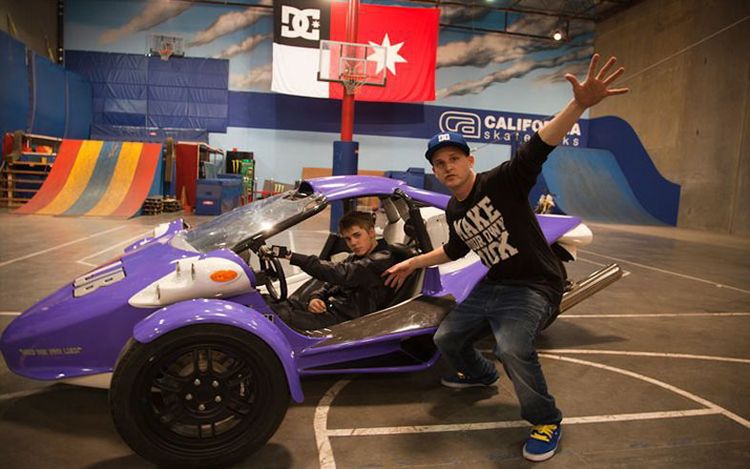 If you thought this list of Justin Bieber cars couldn’t get tackier, JB used to own this weird hybrid vehicle which is a cross between a car and a motorcycle, and has even weirder name “T-Rex”. It was gifted to him by Roy Dyrdek when JB visited his Fantasy Factory for an episode of the eponymous MTV series. Although he didn’t keep it with him for long and auctioned it on eBay, and donated the proceedings to Rob’s charity foundation. It can’t be counted as a generous donation, since this vehicle got him just $35,000 as opposed to its cost price of $52,000. 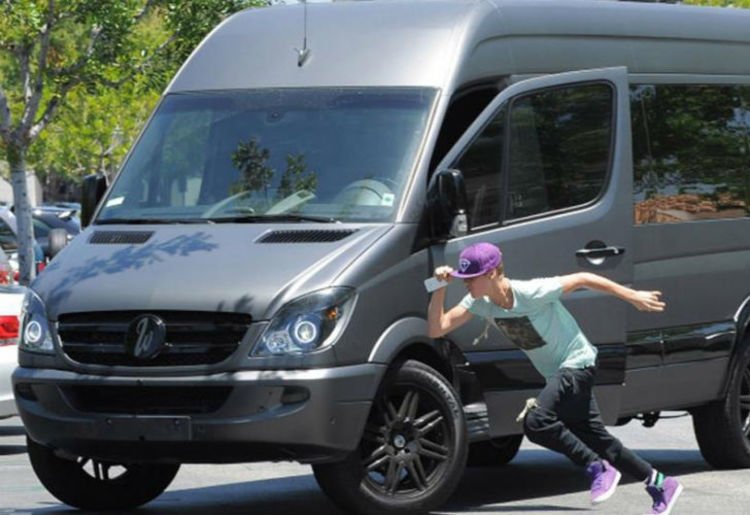 Another unconventional addition to Justin Bieber cars list is this big and average-looking Mercedes van. Needless to mention, this vehicle went through the West Coast Customs rite of passage too before getting its induction into the garage. Now it’s not just a big black van, it’s a big black touring machine and can be spotted with JB at the wheel quite often. Maybe he just likes his pictures taken while driving it. 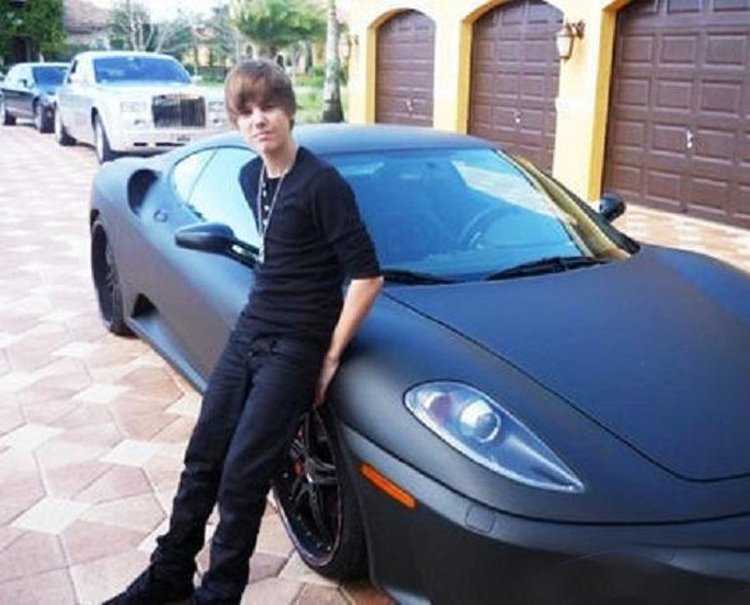 At an age when most of the regular Joes and Janes are busy collecting stamps or something ordinary like that, Bieber started collecting supercars. He bought this Ferrari F430, at the “ripe” age of 16, on his birthday. He turned it matt-black with black-rims and a dash of red on the rim outlines. It was the same car which got into a tussle with a Honda in a LA parking lot, but no damages were caused to either vehicle. 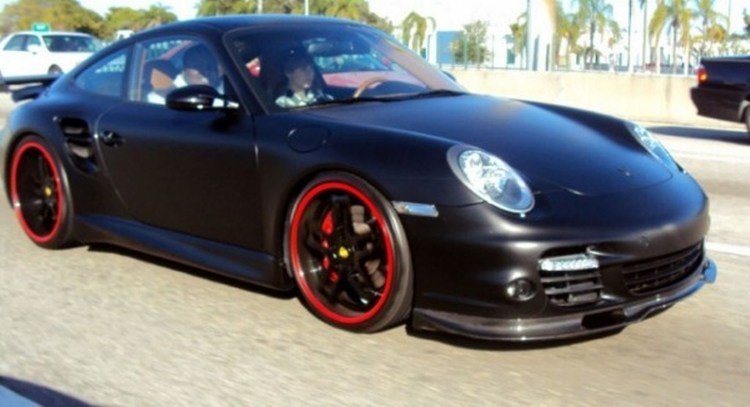 One of the most successful car’s in the history of Porsche, the 997 turbo is a speed demon. It can get to 60 mph in just 3.7 seconds, thanks to its turbocharged 3.6-litre V6 engine capable of cranking out 480 PS of power and coupled with a 5-speed automatic gearbox. He got it in black with red-outlined black rims, just like his other cars, of course. You said something about an obsession? 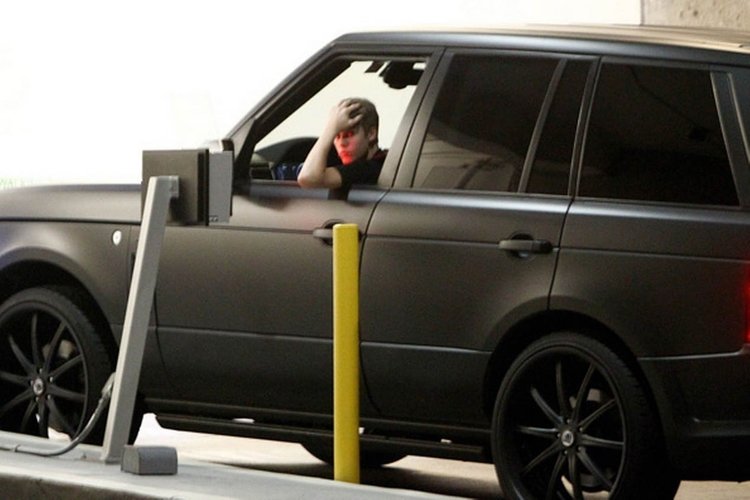 If we believe the rumors (which we never should), Range Rover Evoque became one of the Justin Bieber’s new cars just to impress Selena Gomez, whom he was dating at that time. A price tag of $160,000 was not very impressive for the pop-star, so he hired Project Kahn design house to up the ante, which they did rather outstandingly. For starters, it was fitted with an $80,000 audio system, maybe to blast off his own chart-busters for his girlfriend!

Which one is your favorite out of all Justin Bieber cars? Tell us in the comments below!