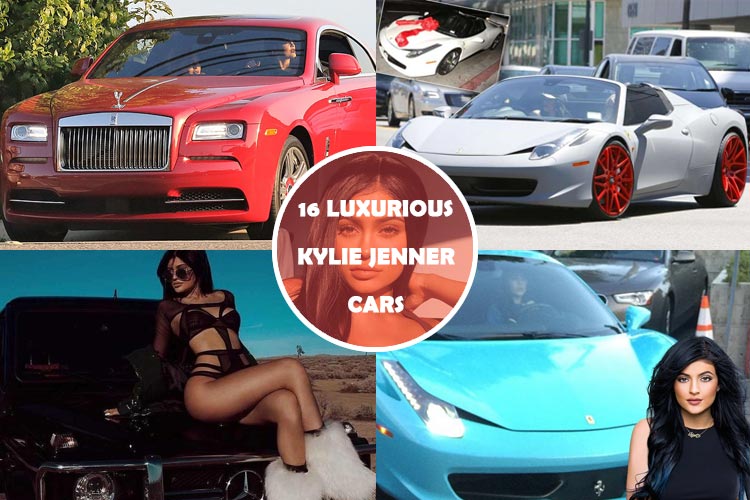 Kylie Jenner was only 18 years old when she bought a house worth more than $1 billion at the Calabasas area in California in 2016. Kylie is one of the most popular young celebrities in the US, and not surprisingly, has a garage full of hot wheels. She is the second-highest earner among the Kardashian sisters and is well on line to dethrone her older sibling Kim. Even before Kylie earned a driver’s license, her driveway was packed with some great looking beauties. Here’s taking a look at Kylie Jenner cars that are as much a celebrity as herself. 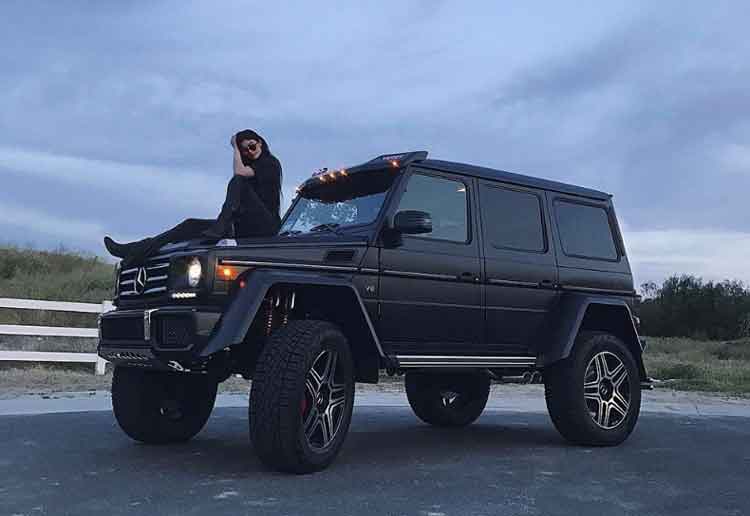 Breakups are hard for anyone, unless of course you are Kylie Jenner. The reality TV star never wasted time when she split with her then boyfriend Michael Ray Stevenson, popularly known as Tyga, the American rapper. She bought a brand new Mercedes G-Class SUV worth $225,000. It was her way to get over the split. The Kylie Jenner Mercedes Benz is worth its salt and is known as a super-performance vehicle. 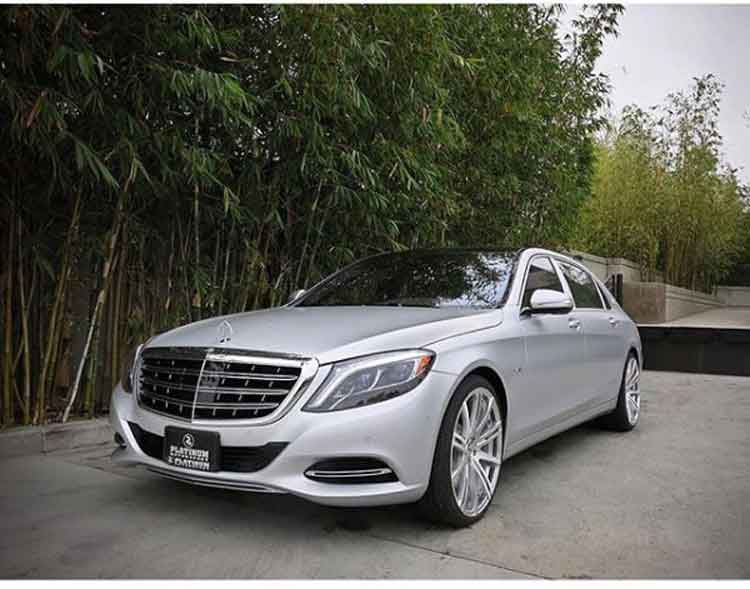 But even when she bought the G-Class SUV, she didn’t ditch the Maybach which Tyga gifted on her 19th birthday in 2016. This one is a super-luxury vehicle in the Kylie Jenner car collection, with the basic version starting at $190,000. Kylie’s Mercedes-Maybach is reportedly priced over $200,000. Tyga topped the car with a red bow and proudly sang Happy Birthday that made paparazzi fodder. 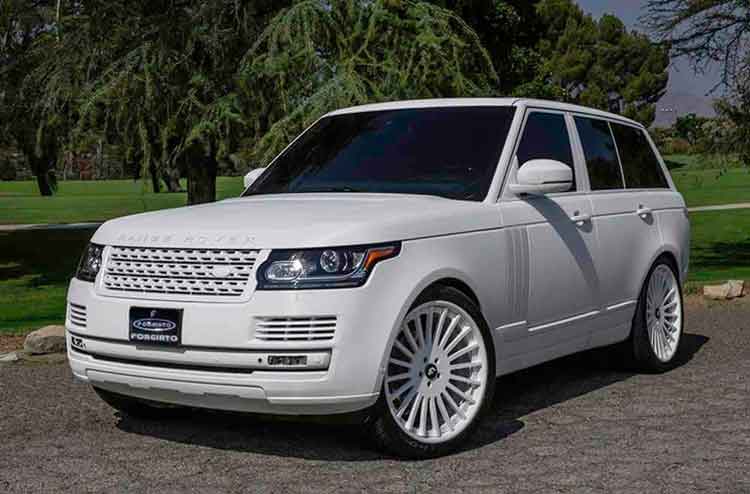 Tyga was not the only one who gifted cars to Kylie. The teen celebrity bought herself a ride to celebrate her 19th birthday. The custom-made Land Rover SV Anniversary Edition was not just any other member among the Kylie Jenner cars. It speaks of style from every angle with two-tone maroon and white leather seats and flat screen TVs for in-coupe entertainment. The Kylie Jenner Land Rover SV Anniversary Edition is priced over $200,000. 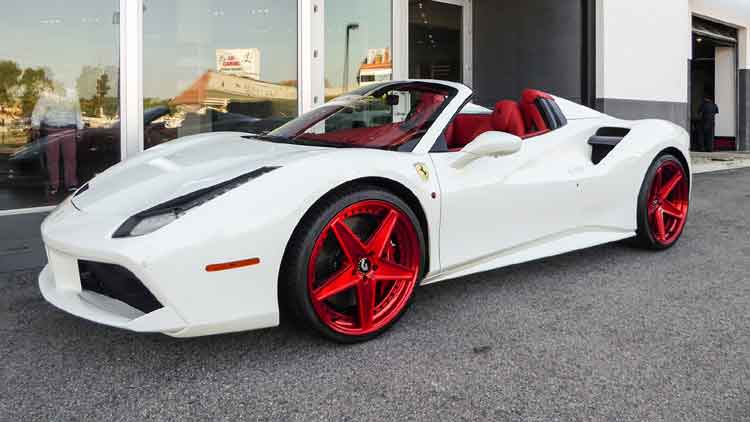 Being a Kardashian means that it is almost mandatory to have a matching convertible. Like Kendall, Kylie chose to have a Ferrari 488 Spider Convertible for her collection. Hers is silver, while Kendall’s is black. Kendall accompanied her sister to the dealership. But Kylie was put off by her sister’s Ferrari baseball cap and t-shirt. Nonetheless she bought the Spider worth $275,000. It’s one of her favorite in her car collection. 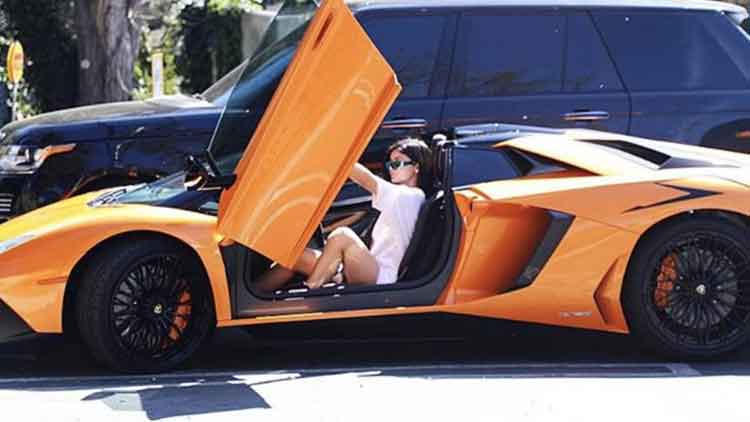 Well, if you thought the above four cars were impressive, think again. Among all Kylie Jenner’s cars there’s perhaps nothing as sleek and luxurious as the Lamborghini Aventador Roadster. With a roaring engine and butterfly doors, this is one of the sassiest Kylie Jenner cars and she zips around Los Angeles in it, pumping some serious speed. The Aventador Roadster is priced around $400,000. 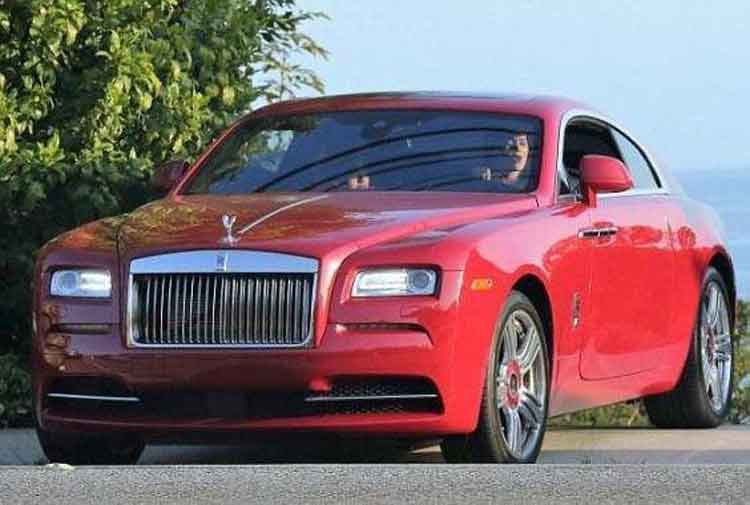 This one follows the Mercedes G-Class SUV, in the sense that Kylie bought it after her breakup with Tyga. The Rolls Royce Wraith is a favorite with top celebrities and Kylie is no different. With a twin-turbo V12 engine, 624hp, 8-speed automatic transmission, and a 155mph top speed, this is one of the fastest Kylie Jenner cars. The red beauty is priced at $320,000. 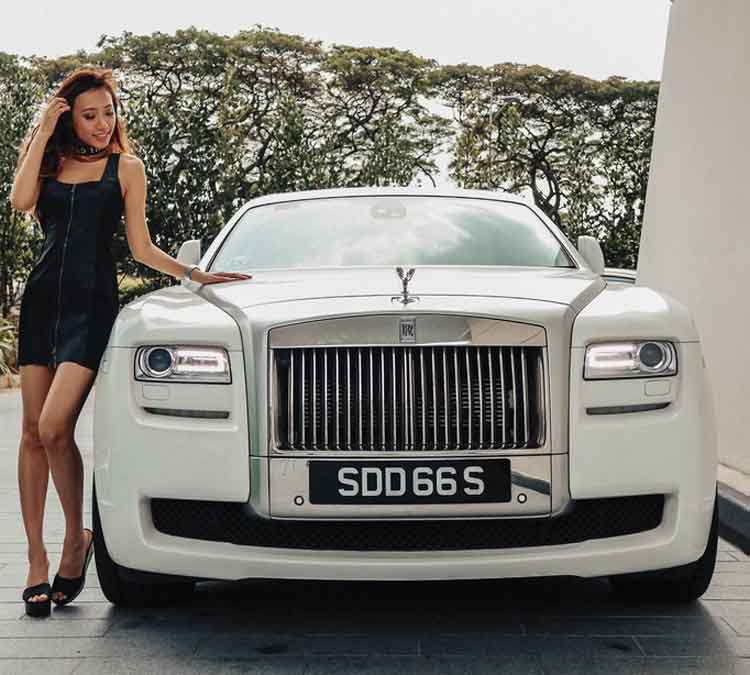 The Rolls Royce Ghost is another must-have in the garage of every celebrity. Kylie chose white, because as she said, there can’t be a Ghost which is not white. The all-white Rolls Royce Ghost in the Kylie Jenner cars collection costs a whopping $320,000. She fell in love with the all-lightwood car and zips around Hollywood in it. She was famously photographed sitting on top of the car’s bonnet. 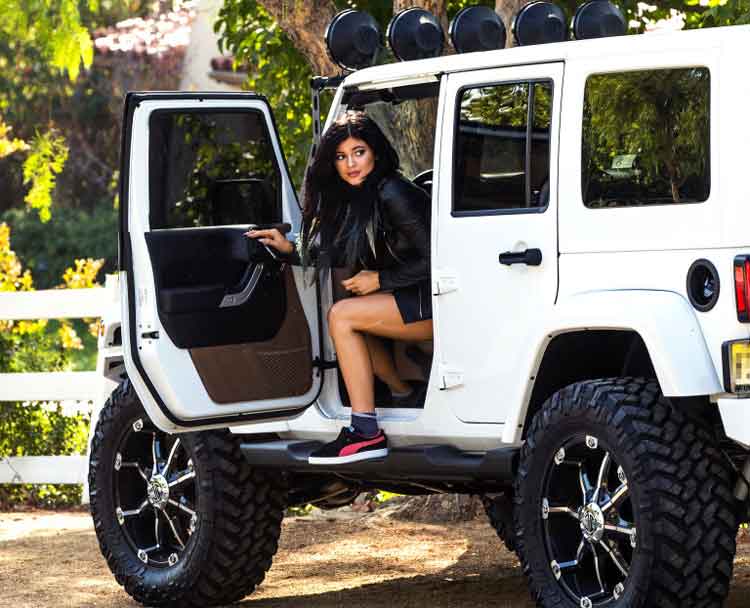 Karim Kharbouch aka French Montana, the sometime beau of Khloé Kardashian, gifted her a Jeep Wrangler Sahara. Khloé passed on the car to Kylie. It was rumored that Kylie had borrowed the car from Khloé. Whatever be it, the $50,000 car can be spotted in Kylie’s garage. Khloé and Montana had a stormy relationship and maybe the senior Kardashian sister wanted to get rid of the vehicle. 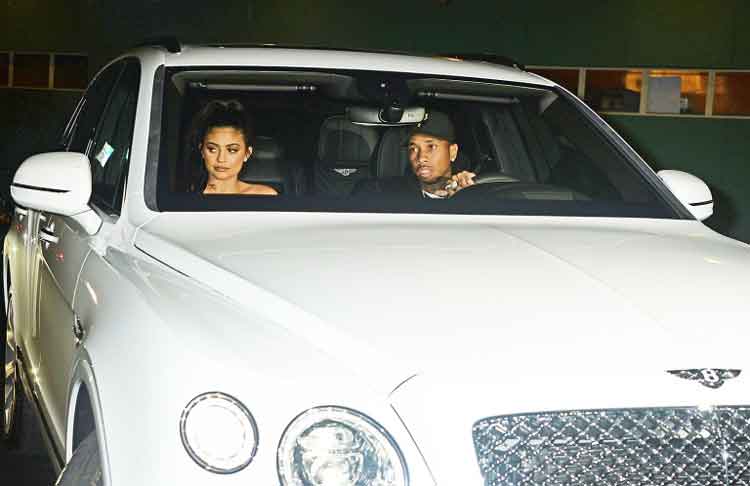 Kylie has been spotted cruising around in Los Angeles in the Bentley Continental GT, which in fact belongs to Kris Jenner. She looks killer behind the wheels of the car which is priced around £180,000. It was the first Bentley car to be made from ‘mass production’ technique. The distinctive styling, powerful engine, and robust looks, makes the Bentley Continental GT a winner among its peers. 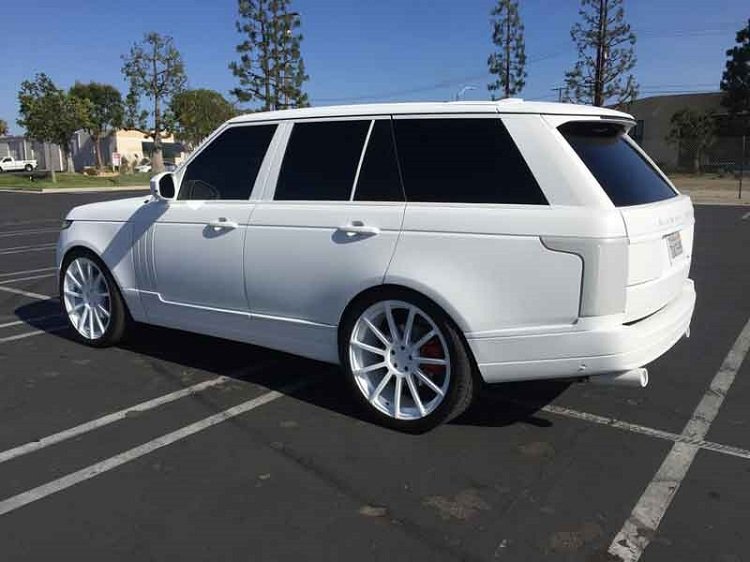 Kylie, then a petite 16-year old, took to Instagram showing off her 2015 Range Rover. The tuned-up version that Kylie owns, costs above $62,000. She grabbed a lot of media attention because not many celebrities can have such a car even late in their lives. The Range Rover came only in the second year of her driving experience. The car was reportedly customized after Kylie crashed it a couple of times. 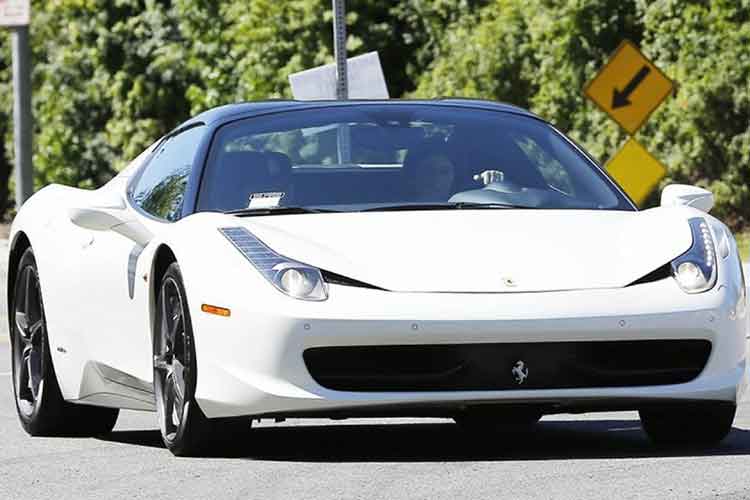 Tyga spent $240,000 to gift Kylie the Ferrari 458 Italia when the couple didn’t want to keep secret their love any more. Back then it was a dream vehicle in the Kylie Jenner garage. But Tyga didn’t buy the car per se. He leased the vehicle in Kylie’s name because the rapper was broke to pay for it. The fact came out much later. But she loved driving in it. 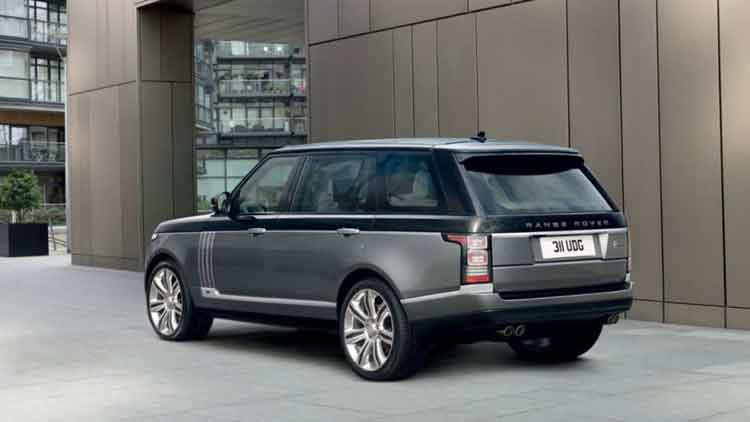 The Range Rover Autobiography was the first member of the Kylie Jenner cars collection. She was obsessed with it. She posted a video on the social media, saying the special little features made the car attractive. Well, whether she still has the car in her collection is not exactly known, but the Range Rover Autobiography is not owned by many teens in the world. Kylie of course was an exception. 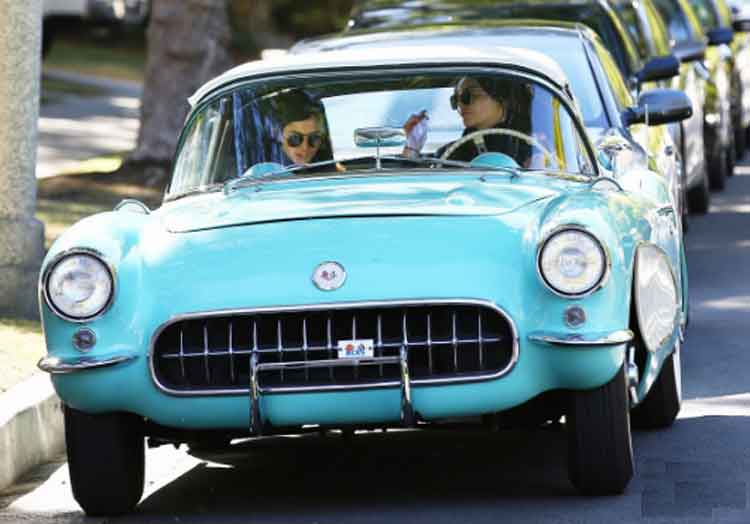 Kylie, much like her sister Kendall, loves old-school cars. That doesn’t mean vintage though. The youngest Kardashian sister was spotted in a 1957 version of Corvette Stingray. Now whether the car belongs to Kendall or Kylie is disputed. But it’s a nice inclusion in the Kylie Jenner cars which she proudly drives. And no, she hasn’t crashed this as yet. 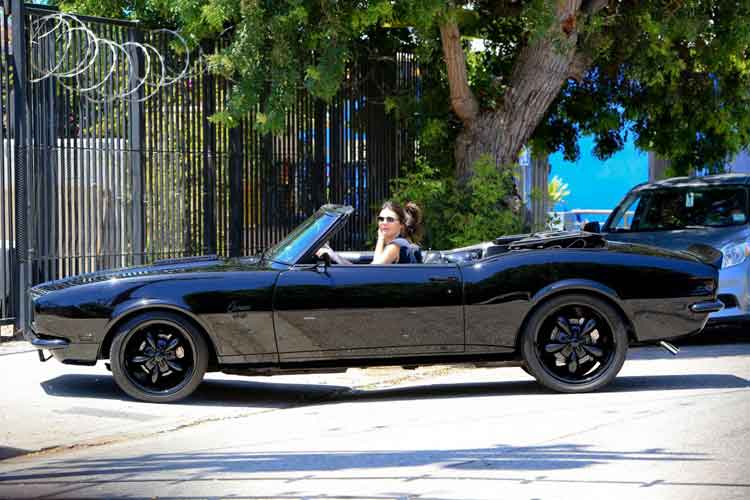 Not many knew about the Chevrolet Camaro which Kylie has in her impressive list of cars. She had posted a rather stylish photo of her and sister Kendall with the car. But Kylie is a sports car fan and the Camaro lives up to it. With four powertrain options, driver mode selector, and the 455hp 6.2 liter V-8 engine, this one sure is a winner in performance. The car is priced at a modest $37,000. 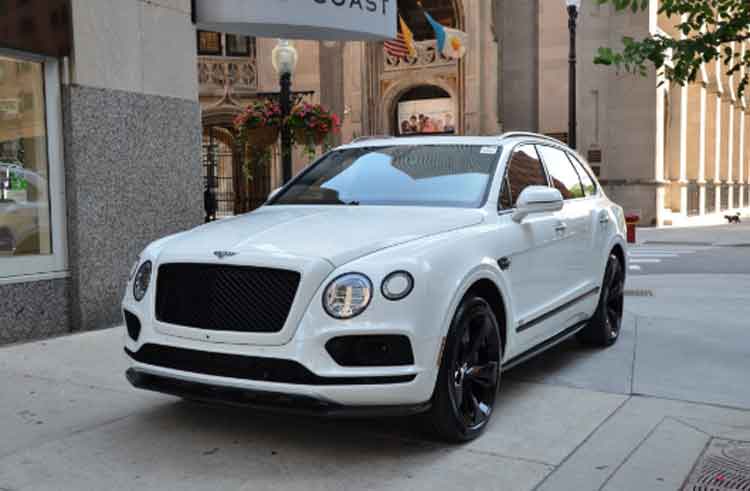 Tyga and Kylie jointly owned this car which is priced over $229,100. But what happened to the vehicle after they split is still not sure, but this was one impressive machine that the then duo were seen driving around. Whether Kylie’s current partner Travis Scott would have approved of it, is anybody’s guess. But Kylie and Tyga grabbed headlines for sure with the Bentley Bentayga. 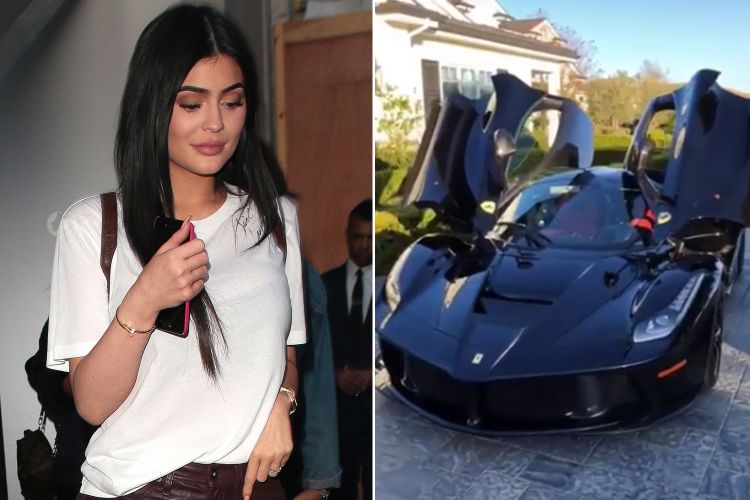 The latest addition to the lineup of Kylie Jenner cars, gifted by Travis Scott. The jet black Ferrari LaFerrari is a limited edition vehicle and looks deceptively similar to the Batmobile. Fans were expecting a family-styled minivan or SUV to her repertoire after the birth of her first child. But she’s a rather cool mom and will look more dapper in the $1.4 million new Ferrari. She shared a picture on her Instagram profile with the car.

So those were the Kylie Jenner cars that are as much a media fodder as liked by the public. She is one of the youngest celebrities in the US to become a multimillionaire and sure to add some more vehicles in her impressive automobile collection in the days to come.