Celebrities and their lavish lifestyles are stuff dreams are made of. Celebrity cars mark the glamorous status of the celebrities and announce their arrival in style. Here is a list of 20 most luxurious celebrity cars that will make you burn with envy: 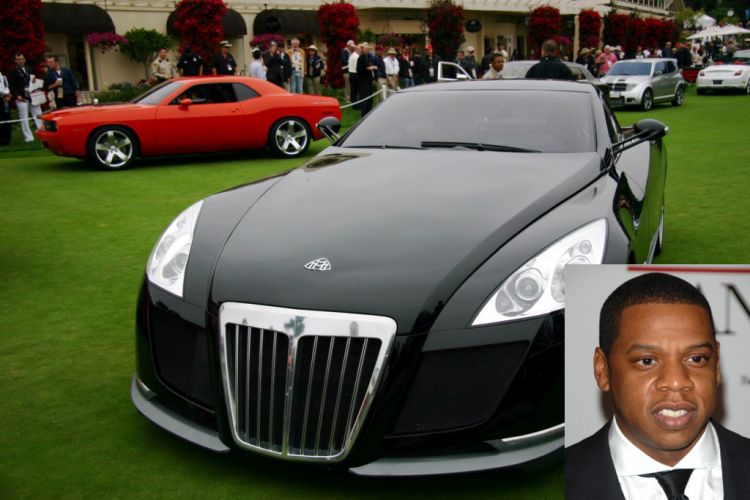 The world-famous rapper and businessman, Jay-Z P is one of the wealthiest musicians on the hip-hop scene. He owns Maybach Exelero in black. Previously owned by Birdman who sold it for a cool $8,000,000, Maybach Exelero is the most expensive car ever made. This high performance sports car was first built in 2004. Engineered to be swift, it can reach a top speed of 218.38 mph. This two-door coupe is equipped with a powerful V12 turbo engine mated with a 6-speed transmission. The car features alongside Jay-Z in his music video “Lost One“. 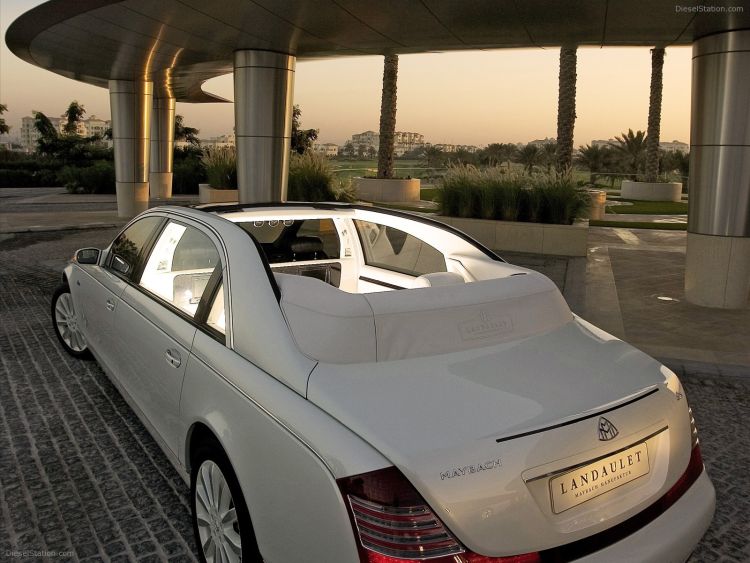 The 47 year old rapper Birdman is among the celebrities with most expensive cars and owns many fancy cars. But the most exciting among his collection is Maybach 62 Laundaulet. It was priced at $1.4 million in 2008. Only eight units of this car were produced and Birdman has one of them. The beauty revives the classic landaulet car body style that was quite popular in 1920s and 1930s. It is equipped with a 612 hp bit-turbo V12 engine. The front seats of this car are fully enclosed and separated from the rear compartment by a power divider window. The opacity of this partition is electronically controlled. The car also features a sliding soft roof. 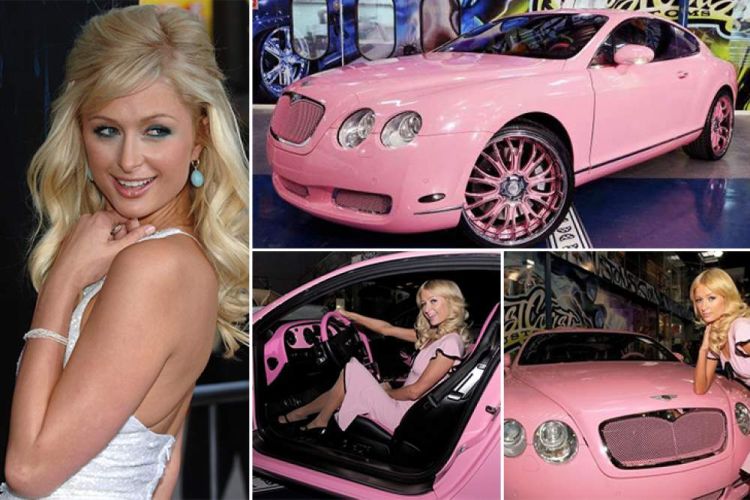 Pretty in pink, Bentley GT continental was especially customized to match the vivacious and bubbly personality of Paris Hilton, a celebrity entrepreneur and pioneer of reality television. It costed her $212,800 and is one of the most striking looking Hollywood celebrity cars. This pink beauty catches instant attention on the streets of Los Angeles. It features pink dashboard, pink steering wheel and pink leather seats. The interior of the car is personalized with Paris Hilton’s signature. The dashboard of the car is reportedly diamond encrusted. This one surely is most distinctive among celebrities cars collection. 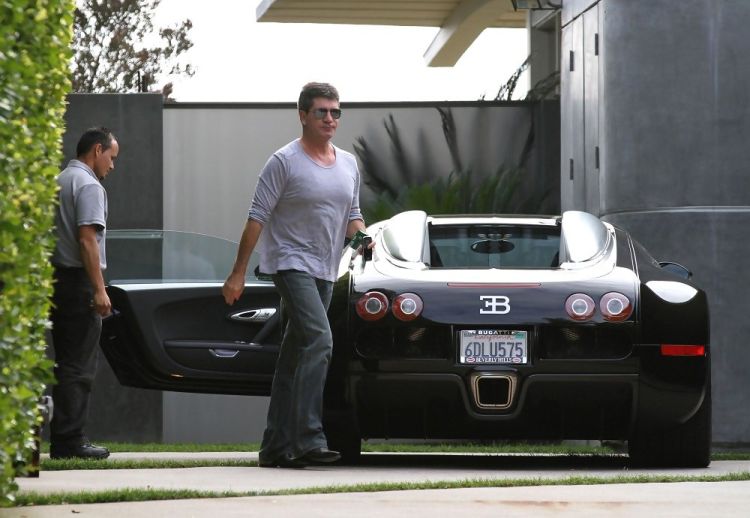 Simon Cowell, the English Reality TV judge and producer, was one of the highest paid people in television. That reflects in his lifestyle too. This media mogul has an impeccable taste in cars and he owns one of the most expensive cars ever made – the Bugatti Veyron. Cowell is reported to have spent $1.7 million on his prized possession. The car offers high performance with the ability to cover 0-60 mph in just 2.46 seconds. 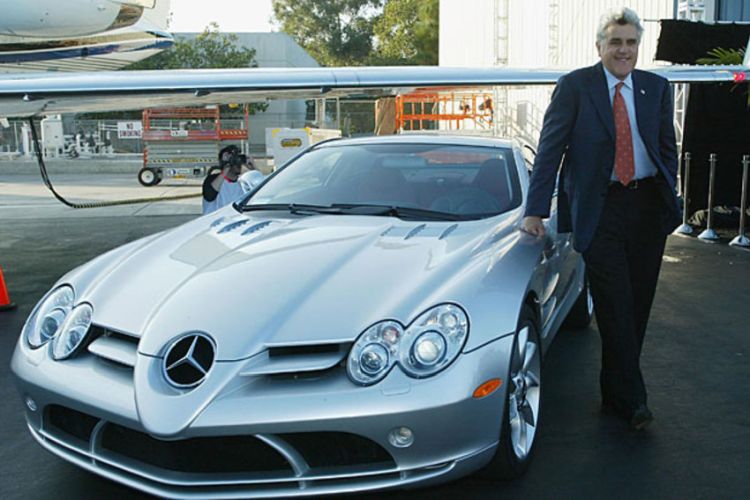 Jay Leno is a passionate car collector and has got over 170 cars in his garage. From unique cars, to sports cars to vintage cars, he has them all. One of the most prominent cars in his collection is Mercedes SLR McLaren that is an ultimate supercar. It is equipped with a 5.4-litre V8 supercharged engine delivering 617 hp of power and 580 lb-ft of torque. It costs $450,000 million. It is one of the fastest production car ever made. This one is also his personal favorite among the huge fleet of cars that he owns. 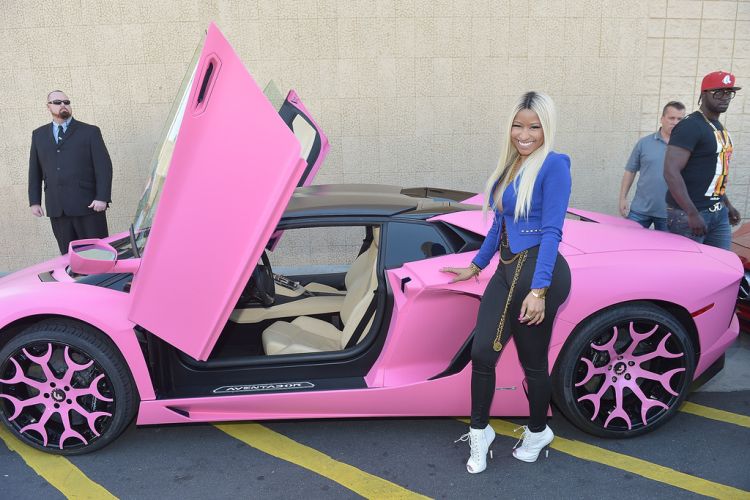 Nicky Minaj, the famous pop singer, loves to drive her pink Lamborghini Aventador that made her wallet lighter by $400,000. She got the car customized to suit her own personality in matte pink color. The car sports custom Forgiato wheels with pink rims. However, there is no pink in the interiors. It has been one up in black and beige combination. The rapper also has many other pink cars in her garage like Range Rover and Bentley Continental. Renowned for her outlandish lifestyle, the bubblegum pink car suits her personality perfectly. 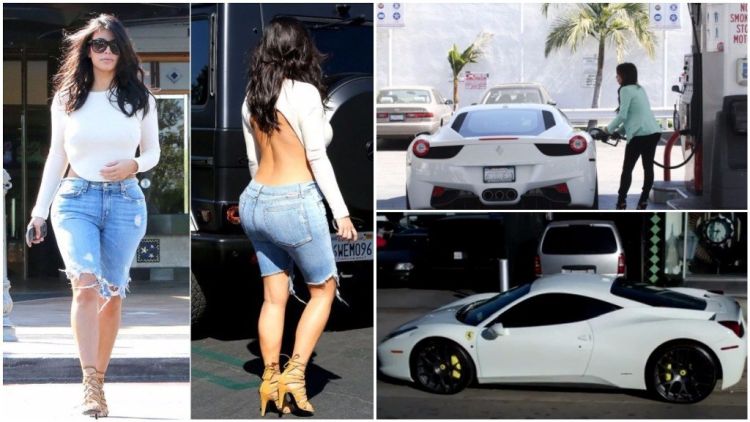 One of the most loved cars by celebrities – Ferrari 458 Italia features prominently in many celebrity car collections. It is also owned by Kim Kardashian, an actress, reality TV star and a socialite. The stunning looks of the car combined with its inherent usability makes it a hit among celebrities. Having a dual clutch transmission makes it a very practical supercar for daily rides. 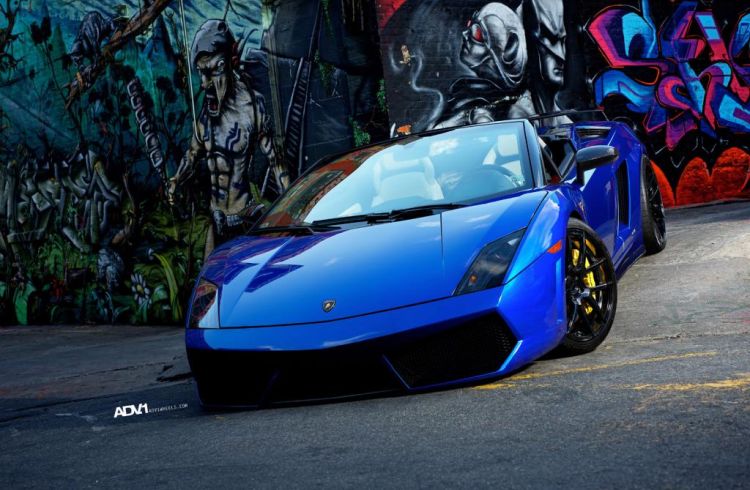 One of the leading artists in the hip-hop and rap industry, 50 Cent’s career exploded shortly after the turn of the millennium. The rapper owns a blue Lamborghini Gallardo among many other luxury cars. Gallardo is the best selling model from Lamborghini and is named after a famous breed of fighting bull. The rapper also owns a Lamborghini Murcielago that is also in blue. Blue seems to be his favorite color! 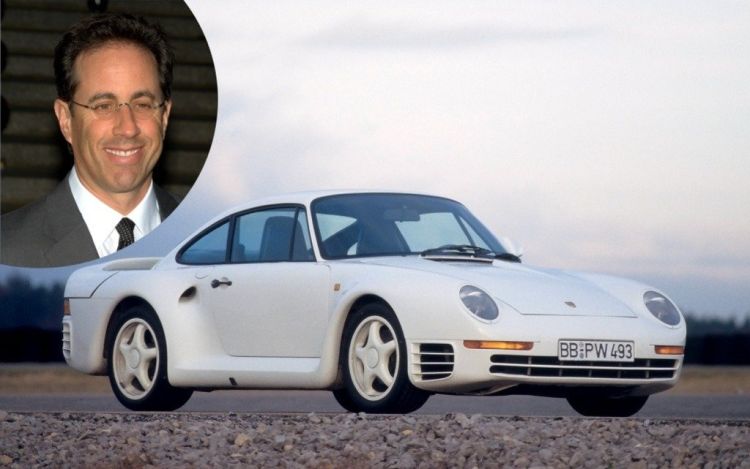 Jerry Seinfeld is one of the 10 richest celebrities in the world and has millions of dollars to spend on expensive cars. A proud owner of a rare Porsche 959, Jerry Seinfeld spent $700,000 on this beauty. Just 337 units of this car were built and it was then the world’s fastest street-legal production car. Under the bonnet, the car sports a twin-turbo six-cylinder boxer engine that makes this car a top speed of 195 mph. This was hailed as the most technologically advanced sports car ever built. It was also the first high-performance vehicles with all-wheel drive. 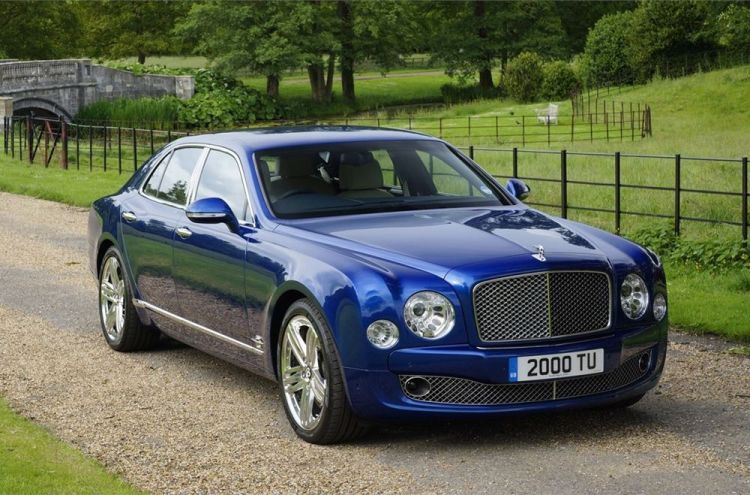 One of the wealthiest athletes ever, Floyd Mayweather, has a stunning collection of flashy cars that bear testimony to his success. The Bentley Mulsanne owned by him is the most expensive car that you can buy. This rolling monument to luxury is equipped with a 505 hp V8 engine that produces a humongous 752 pound-feet of torque. This luxury sedan is a pure expression of exquisite luxury and phenomenal performance. It is priced upward of $300,000. Other cars owned by Mayweather are Lamborghini Aventador, Ferrari 458 Italia, Ferrari Enzo, McLaren 650S, Mercedes Benz SLS AMG, Rolls Royce Phantom and Porsche 911 Turbo Cabriolet. 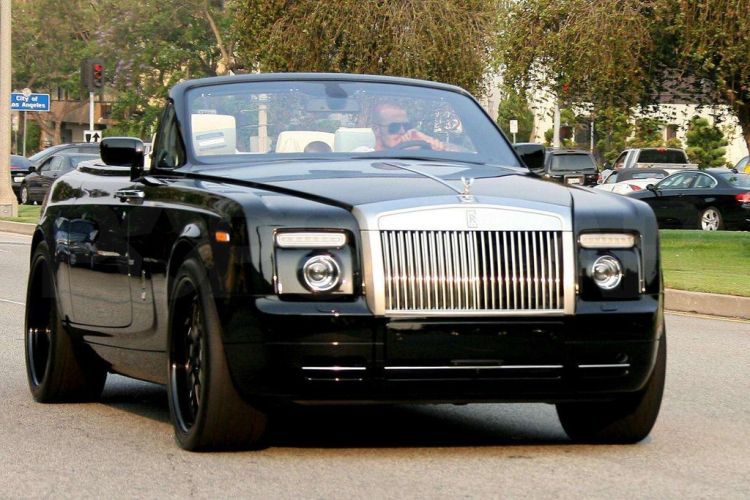 David Beckham is one of the celebrities with most expensive cars. Having been a representative for luxury for many years now, David Beckham sure knows how to drive in style. This world-famous footballer is often seen cruising around in his black Rolls Royce Phantom Drophead. The car is powered by a 6.75-litre V12 engine that produces 453 hp of power at 5350 rpm. It can attain a top speed of 148 mph and can do the 0-60 mph sprint in just 5.6 seconds. This British handmade luxury car looks extremely glamorous and luxurious. It costed him $407,000.

Popularly recognized as Mr. Bean, Rowan Atkinson boasts of a huge collection of driver focused cars. He is often seen driving around Rolls Royce ghost and Mercedes SLS AMG on the streets of London. But the most fascinating of all cars in his collection is 1939 BMW 328. This sports car is quite popular for its exemplary design and powerful performance. It is powered by a six cylinder engine producing 80 bhp of power. 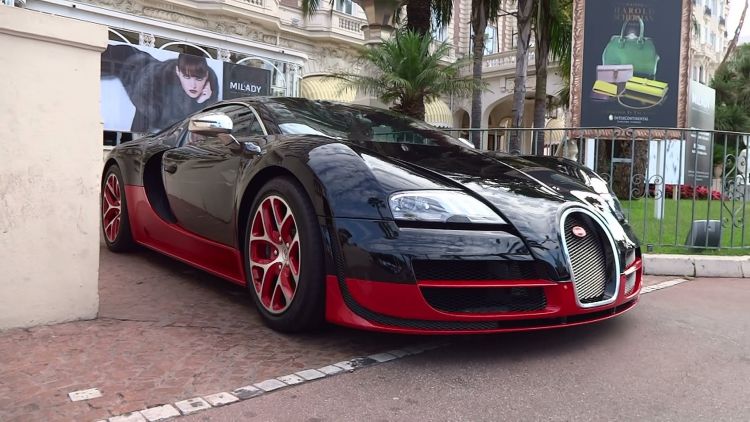 Like most rappers, Lil Wayne is also known for his lavish lifestyle. In 2010, the rapper bought a black and red Bugatti Veyron for $1 million. Veyron is currently the fastest production car in the world and is also called the greatest car ever made. It has an 8.0-litre, W16 quad turbo charged engine under its hood that produces an enormous 1200hp of power. It can do the 0-60 mph sprint in just 2.46 seconds. Apart from this beauty he also owns Cadillac CTS, Bentley Mulsanne, and Aston Martin Vanquish. 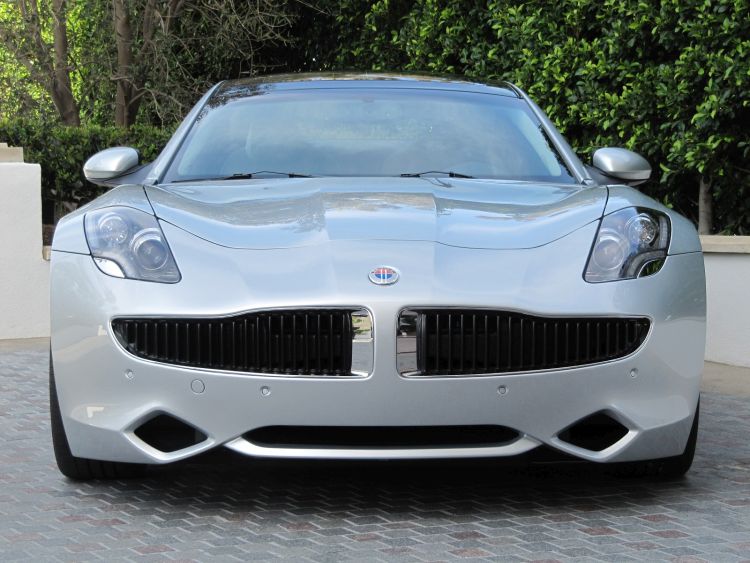 Justin Bieber needs absolutely no introduction. This world-famous Canadian pop singer and songwriter has achieved a lot at a very young age. He owns a variety of cars that speak of his stardom. His most striking possession is Fisker Karma that is a popular premium electric luxury sports sedan. It is powered by a 2.0-litre turbocharged EcoTec engine oozing out 260 hp of power that is assisted by a 120Kw electric motor. The motor alone churns out 161 hp of power. It is built by a new automaker “Fisker Automotive”. It falls in the category of subcompact cars due to its very small cabin interior. This plug-in range-extended car is quite popular among other celebrities too. 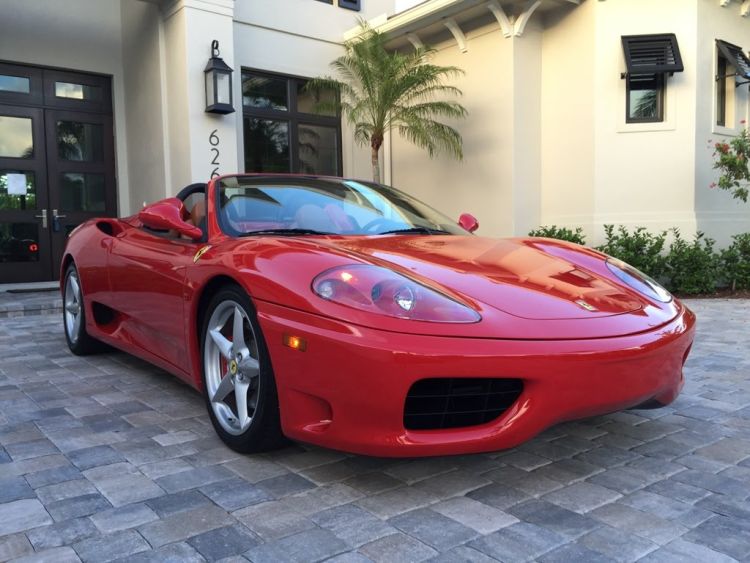 The famous British singer and many times Grammy winner, singer Seal has a great collection of luxurious cars. His fleet of exotic cars includes beauties like Bentley Azure, Audi R8, Mercedes Benz SI and Ferrari 360 Spider. He is mostly seen zooming around in his Ferrari 360 Spider in red. It is equipped with a 3.6-litre V8 engine that generates a massive 395 hp of power. The light weight aluminium construction of this convertible car makes it sprint from 0-60 mph in just 4.3 seconds. 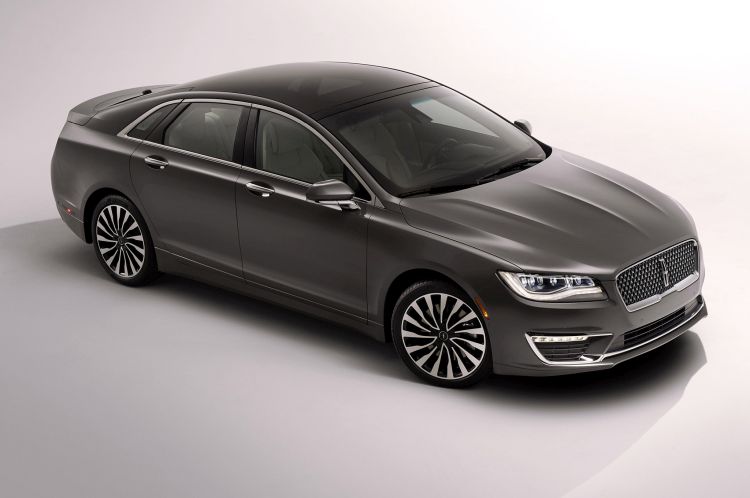 Lady Gaga is a talented singer who is also known for her weird fashion choices. She is reported to have an estimated net worth of $300 million. She has many expensive cars in her garage like Mercedes Benz GL450, Chevrolet Suburban and Audi R8 GT. But the one that attracts the most attention is Lincoln MKZ. This beauty in black is a four-door, five passenger mid-sized luxury sedan from Ford Motors that reaches 0-60 mph in just 6.8 seconds. 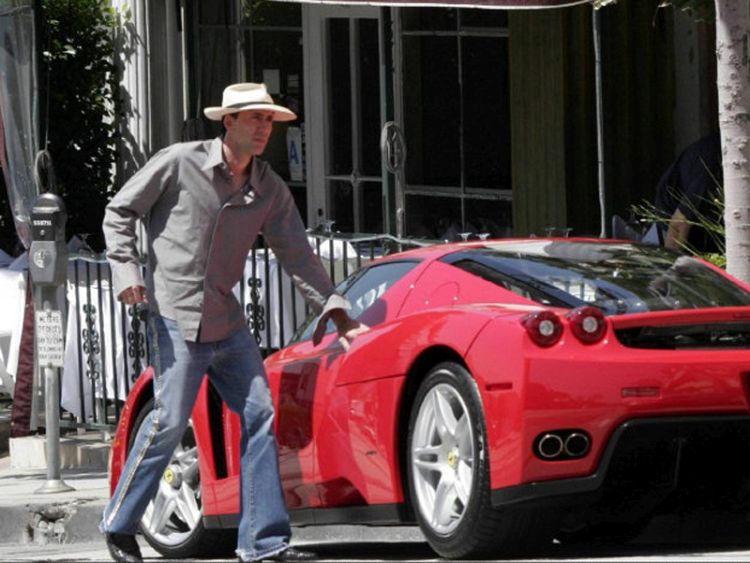 The whole world is obsessed with Hollywood celebrity cars. One of the richest celebrities in the world, Nicolas Cage is an American actor, director and producer who is obsessed with luxurious cars. He has a special liking for classic, rare Italian sports cars. Ferrari Enzo is a gem in his collection. Enzo is a mid-engined berlinetta sports car that offers an outstanding performance with the help of its V12 engine that emits 660 hp of power. The top speed of the car is rated at 219 mph and it covers 0-60 mph in just 3.14 seconds. It is the company’s most loved and also one of the most sought-after modern models. 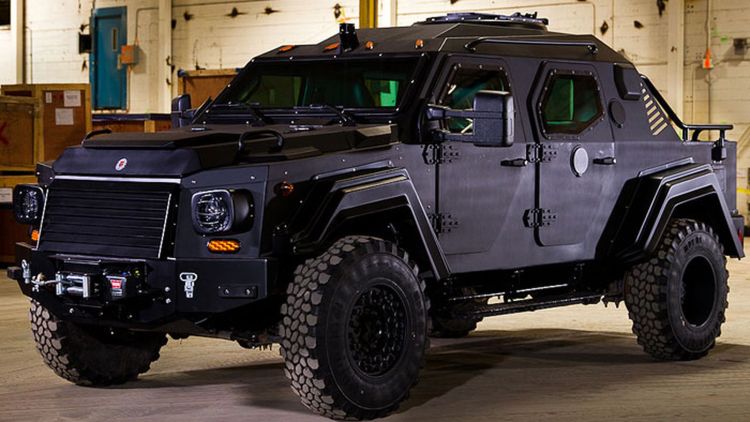 The famous American professional basketball player J.R smith has a super lavish lifestyle that is evident from his expensive clothes to lavish jewellery to luxurious cars. His envious collection of cars includes Ford Mustang Shelby GT500, Land Rover Range Rover, Mercedes Benz S550, Mercedes Benz G550, Ferrari 458, Bentley Mulsanne, etc. He also is the proud owner of Gurkha 5F that is a tactical armoured vehicle. It costs $450,000 and is bestowed with a 6.7-litre turbo diesel engine emitting 330 hp of power. 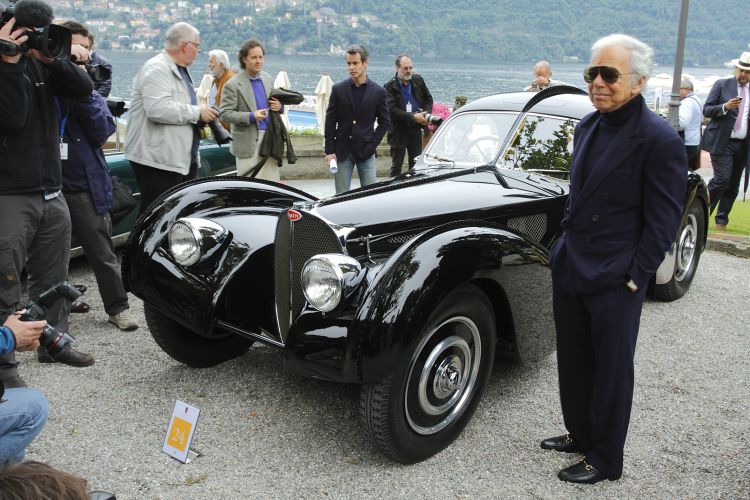 The world famous fashion designer has a huge fleet of cars at his disposal that are mix of exotic and modern. He loves to own classic cars like Bentleys and Rolls Royce. He owns a gorgeous looking Bugatti Type 57SC Atlantics. Only two units of this car are there in the world. The car is the pinnacle of the Bugatti family’s contribution to the automotive industry in the twentieth century. The vintage looks of the car and attention to minute details makes it stand out. It is priced at $40 million. 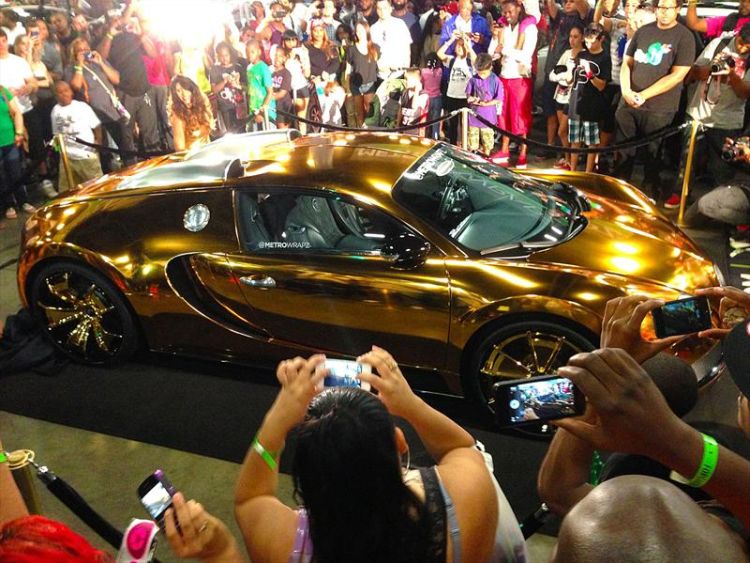 Flo Rida, the American Singer, songwriter and rapper, has great love for sports cars. In 2011, Flo Rida bought a $1.7 million Bugatti Veyron and gave it a garish makeover. He got it warped in gold chrome by a Florida based company called MetroWrapz. The company is quite famous for wrapping cars for celebrities. They have tweaked cars for the likes of Dwayne Wade and Lebron James in the past.

As evident from the above list, celebrity cars look mighty expensive and outrageously luxurious. Some of these are classics, some sports, some exotic and some heavily customized, but all of these sure make us realize the power of money!