After revealing the next generation Leaf in the global market, the Japanese automaker, Nissan has now revealed the next concept of the Leaf lineup. Yes, the Nissan Leaf Grand Touring concept has been revealed which will make its official debut at the 2018 Tokyo Auto Salon. Nissan is looking to extend the Lead lineup with a couple of different models and Grand Touring concept is the next step in this direction.

Nissan has already revealed the IMx concept SUV and Leaf Nismo concept prior to this earlier this year. The recently revealed concept reflects a dual-tone back and silver paint job, black alloy wheels and a V-motion grille at the front that is now a common part in most of the Nissan cars. The backlit is blue to reflect that it is powered by electric energy. Although there is no information revealed about the interiors by the manufacturer, it is expected that it will be quite similar to the standard Leaf. 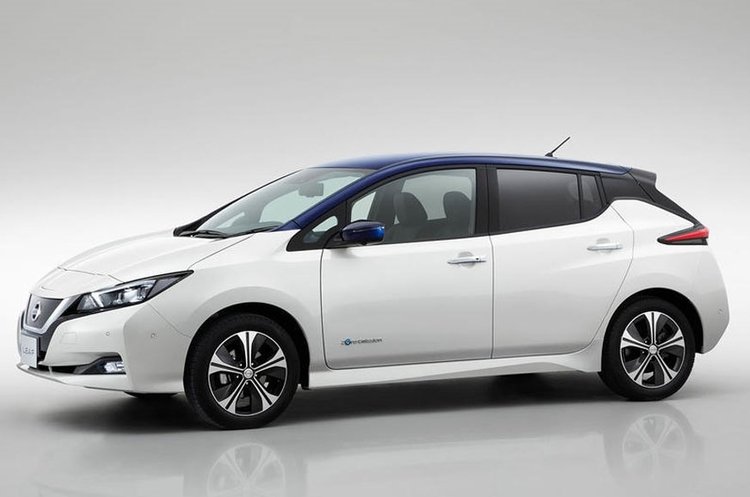 The recent model of Leaf which is sold in the international market is powered by an electric motor with a total power output of 150 hp at 3283 – 9795 rpm and peak torque of 320 Nm at 3283 rpm. The battery pack consist of 40kWh lithium-ion battery pack that has the potential to clock a range of 400 km and takes 16 hours to charge completely. But, with a 6kW charger, the battery can be charged in just 8 hours. This quick charging can charge 80 percent of the battery in just 40 minutes.

The updated Leaf has been on sale in the Japanese market since October 2017 and in the early 2018, it will be offered in other markets as well. The manufacturer is also evolving the Note e-Power for different markets like the U.S whose testing is already on the track on different terrains. Let’s see how Nissan evolves the Leaf lineup for different markets in the coming years.