Be it any sport, it is quite normal to make comparisons between participants in the events and in the case of car racing events, there are a number of options for comparison. A particular feature that must be mentioned when it comes to comparing formula one cars is the fact that it simply is not possible to make absolute comparisons between different time periods. The technology in use at a time simply cannot be compared as it could be even generations apart but when it comes to the effect the particular cars would have had over the race crazy public, the comparisons do take on meaning.

Listed out are probably the top 21 cars that have gone on to grace the formula one race: 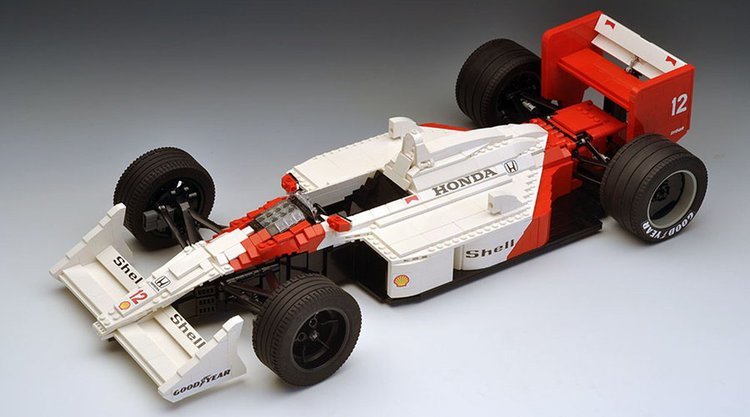 The formula one car to have raced in the 1988 season was so dominating that it bagged 15 titles out of the 16 races in the particular year. Considering the era that the car raced in, picking up a total of 199m constructor points was an achievement beyond compare. 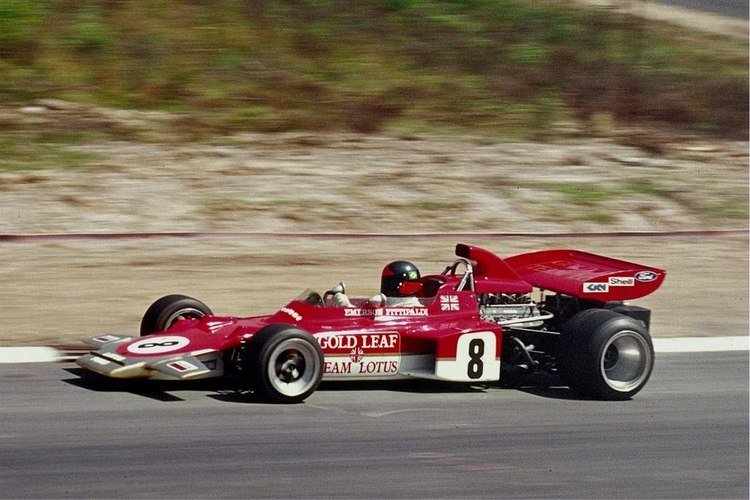 It is not without reason that Lotus did manage to bag the constructor’s titles in 1970, 1972 and 1973. This could well be a longevity story in formula 1 cars that has not been repeated since, for the sheer effectiveness of wins and podium positions. The Lotus machines were known to be dependable and can perform when called to do so no matter the conditions. 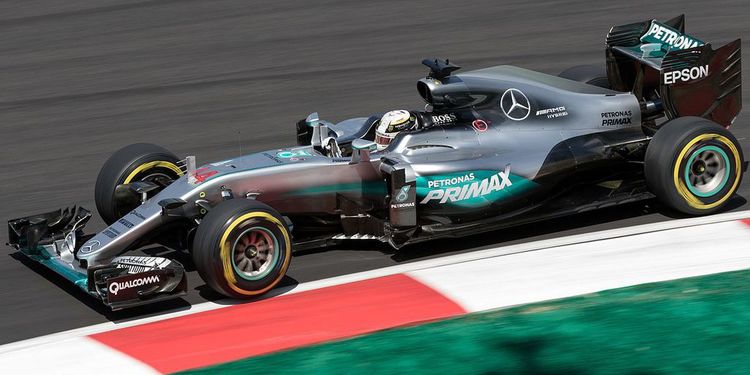 When in the years 2014 and 2015, the said Mercedes car took the ‘Constructors Title’ with consistent scores over 700; the motoring world did notice. It could be the combination of the engines provided by Mercedes that along with a well-designed chassis managed to lead the line in the races. What further helped the car in holding the grip was its formula one tyres that were specially designed for reduced friction.

It is not for nothing that the Ferrari F2004 still holds the best circuit timings at Monza, Albert Park, and Hungaroring till date. Surely Schumacher played a great role in maneuvering the car on the tracks and managed to grab some important titles but, the marvelous engineering and smooth handling of this car made it one of its kind on the track. 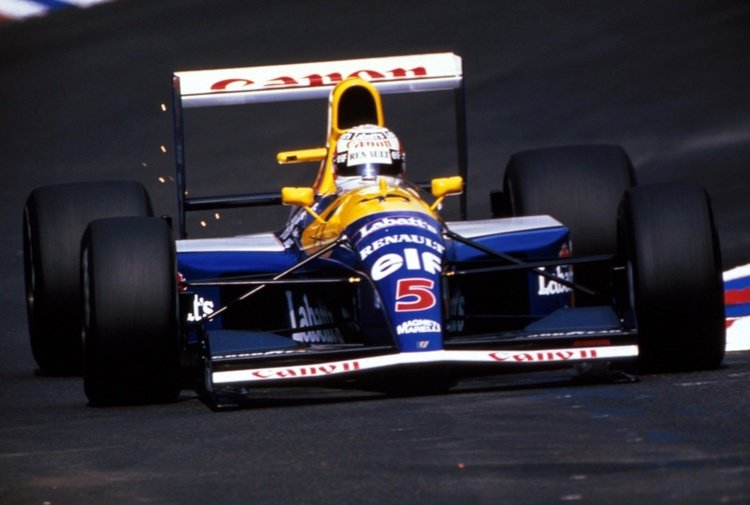 This race car is not remembered solely for the Formula 1 Engine Horsepower. Rather this car is more valued for the grace and elegance with which it participated in some memorable car races of all time. There would not be a stronger finisher to a race than this Williams.

The Williams is a distinguished team that promised a lot on their early performances. But ultimately these cars were not able to sustain the effort to have a lasting impression in the races. Often the cars, while participating in the races were let down by the backup efforts that are marked as crucial to gain success in today’s world. Perhaps the brand could have gone a lot further but with the right kind of support. 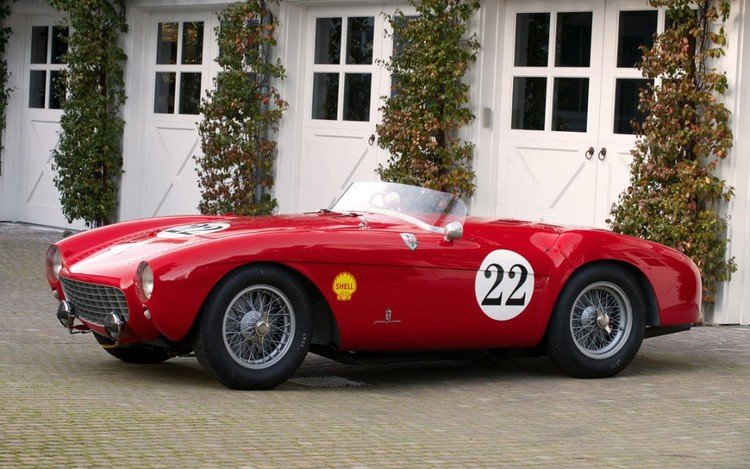 When a car gets to win two seasons without a break, people won’t consider the race car to be ordinary by any means. This is exactly what this Ferrari car did manage to do way back in 1954. Certainly, something that is to be noted for all time and that created a history.

There were times when the race was between hordes of Ferraris. But, the operational parameter altered with the passage of time. The 500 Ferrari is certainly a class apart. The massive staying power can be given the credit for its wonderful performance. 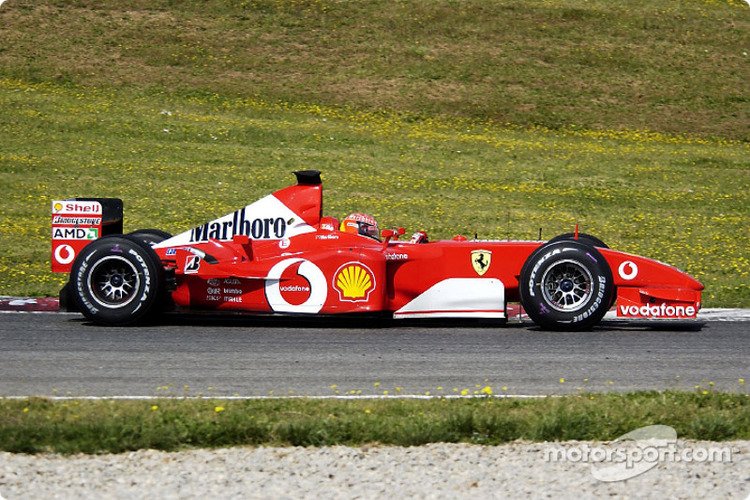 When a constructor gets to make hits time and time again, the motor world would then tend to take those performances for granted. Ferraris has been dominating this industry for years now with their amazing collection of Formula car like Ferrari F2002. 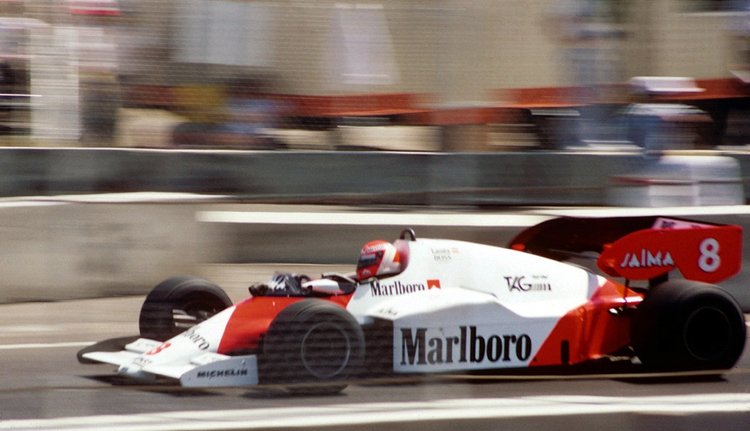 It is hard to tell whether it was the drivers that dominated the races or the McLaren cars, that got to do the talking. It is impossible to separate the two. When drivers like Niki Lauda are the ones doing the driving the attempt of separation can be blurred at best. MP4/2 McLaren is one of the most popular F1 model cars that is never ready to retire. 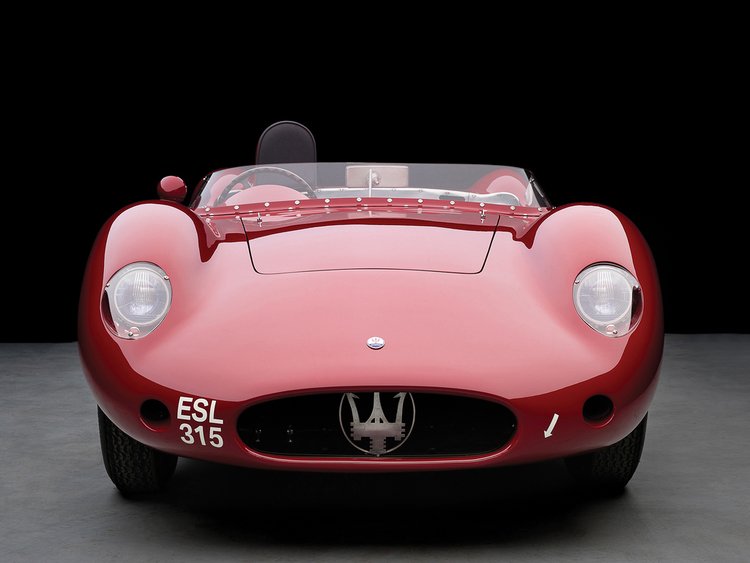 A key factor with the Maserati cars has been the sheer power available at the wheels that simply took them ahead of the competition at most of the races. 250 Maserati was driven in the 1950s, stood out due to its persistent nature of the construction that saw only few breakdowns, as compared to its contemporaries.

When the brands in formula one race are analyzed, the effect of Maserati brand demands special appreciation. The cars from Maserati do not require any further betterment in terms of performance. 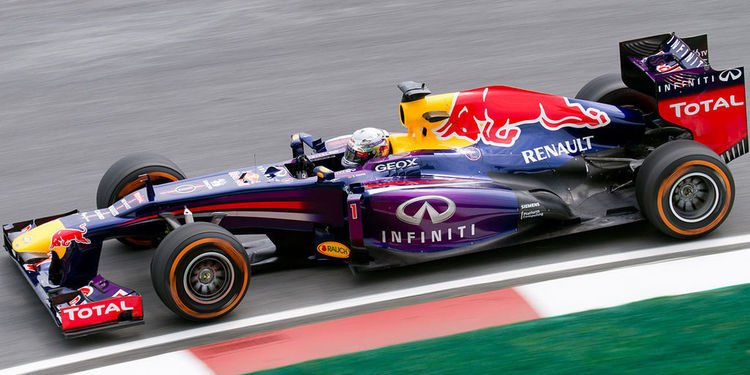 In the race year 2013, this Red Bull car did manage to give the Mercedes F1 car a real fight and came out as a winner. The Red Bull cars were seen as an aberration and nothing else in the annals of formula one race. For some reason, whether valid or not, the Red Bulls, inclusive of RB9 Red Bull were often treated as the upstarts to the more established participants of races. But few can take away the effect of results that these nondescript race cars have managed to do. 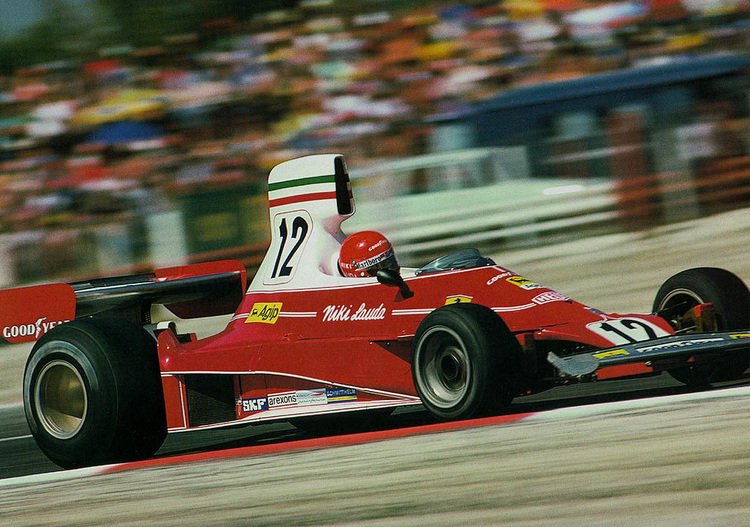 Ferrari 312T could well be considered to be the contributor to Niki Lauda’s legend. A faithful partner to the driver that did in many ways influence the formula one car races like none else before him. In many ways, it could be said that Lauda was way ahead of the times in trying to establish a brand following, at a time when such concerns were never on the top of the fan’s minds.

It must be pointed out that this formula one race got to define the Ferrari brand. When times have been unkind, the bosses at the car maker would take to the tracks to pull back from the bad instances. The formula races are indeed defined by the presence of the Ferraris more than any other brand.

Matra could not get folks to the races on the basis of looks. The designing part got compensated with the sheer performance. The Matra got to operate in such an era when going to the races meant standing in the hot sun and getting to smell the stench of the burning tracks. A feature of this formula 1 car races has long been put behind, for all practical senses. 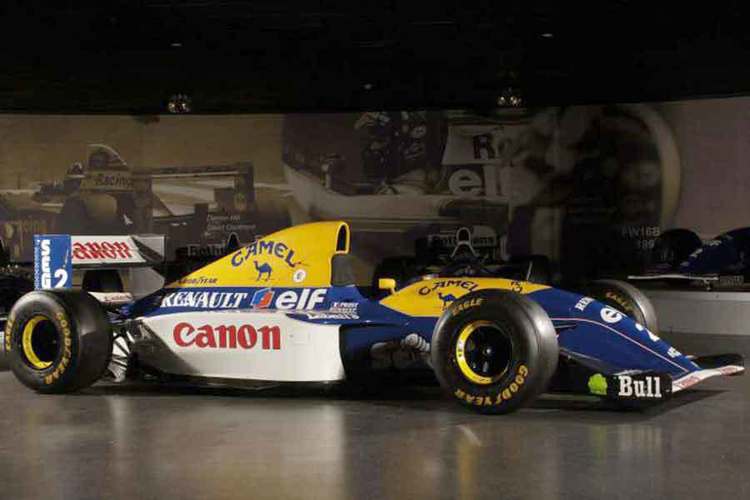 The formula one tyres of Williams FW15C defined the success of this car more than any other factor. With the first of its kind to use automotive machineries like active suspension, anti-lock brakes and a host of other trendiest features. The Williams cars were quite distinguished formula cars of their times. Their smashing performances at the then formula one car races are still cherished and recalled by car race lovers.

In many ways, the Williams were overtaken by the march of technology, which saw their inability to pour vast sums of money in developing the systems that are needed to stay competitive. A lot of people would say that this racing company was, in fact, the dinosaurs of the formula one car races.

Racing from the year 1966 to 1969, the Eagle could well be what gave the All American Racers of Dan Gurney the edge. Certainly, the effect of AAR Eagle deserves to get mentioned. The credibility of this car is due to the impact Eagle had on a generation which did not have much exposure or sponsorship. Eagle stands out from a time that has long gone in racing. 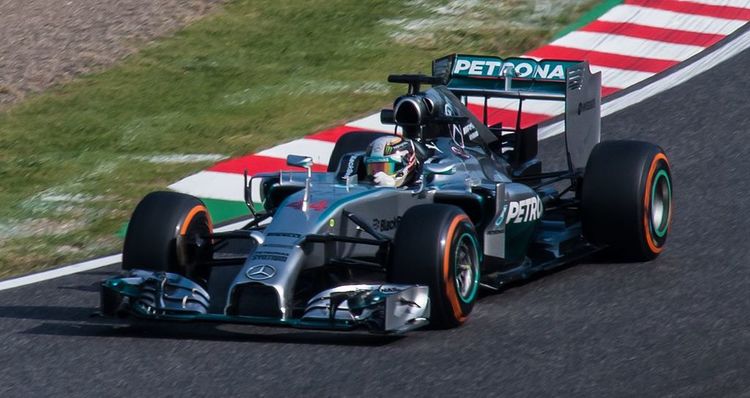 People often tend to associate the name of Mercedes with many other high-performance cars. When it comes to the amount of formula 1 engine horsepower, there is no probable chance to beat the Germans. But, it takes more than raw power to win races and be in the reckoning. The Mercedes W05 is known for the graceful build as well as the nimbleness of handling. Despite the lack of domination that Mercedes F1 cars could exhibit at the formula one car races, the products from the manufacturer were known for the smooth power and easy riding quality at all times. In fact, a majority of car racers prefer this car over many other brands due to the functional aspects in specific.

The McLaren won 16 of the 85 races that it was entered in and was known for the sharp take off from the turns. This factor could well be the main contributor in having some really enviable times set on the circuit as well.

One of the most notable features of the McLarens is the power delivery that is smooth as well as pleasing to hear.

This offering by Ferrari could well be billed as one of the meanest machines to be had around the race track. There is the typical Ferrari grunt with the 312T5 that not just let people know of the power on hand but of the rather subtle way of announcing the fact.

Despite the roll of years, the sight of the flashing reds quite does not have the same effect on people as the other cars.

A good part of this modern formula one car is its aerodynamics. At times, the power of the engine does pale into the second spot when considered with the free flow of air that a car produces and this is primarily what sets apart the RB7 from the rest of the crowd.

If anything, the team at Red Bull have brought to focus that it really does not take money alone to win championships. 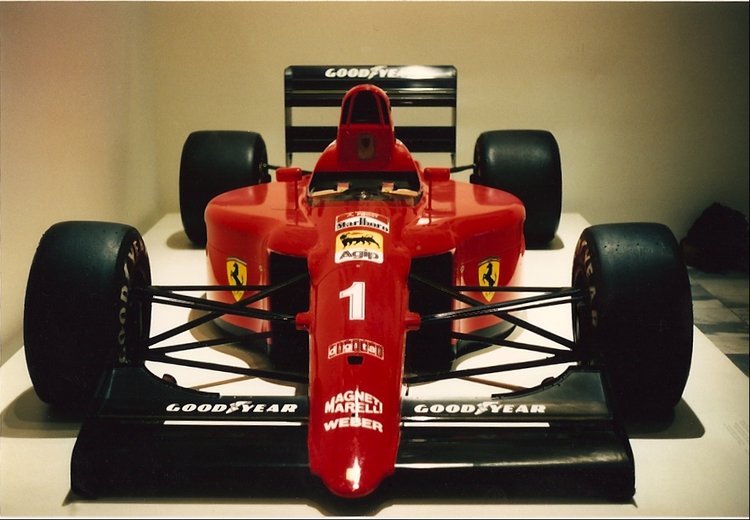 This is the car that in 1990 season gave dominance to the Prost and Mansell team. Here, it needs to be mentioned something special about Ferrari 641. This was one of the most presentable ones on the circuit and this factor turned this car to be one of the most displayed cars too.

It would be safe to say that the Ferrari car company would define the field of F1 racing and it is not a surprise that another vehicle from the same stables has brought fame to the team. 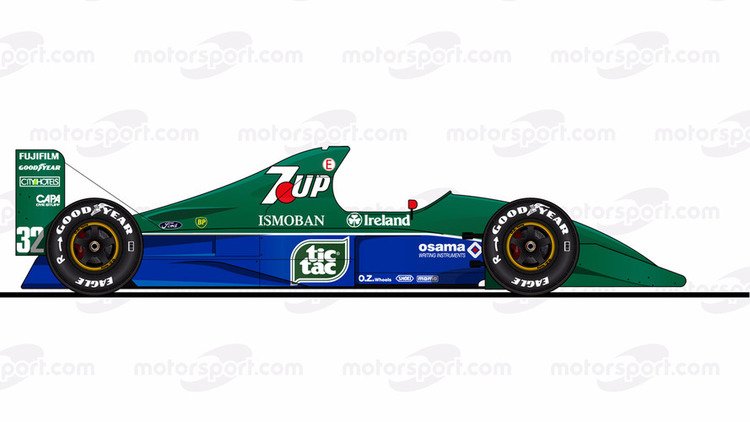 A factor with this Jordon model is the appearance that is meant to stop a person in the tracks most of the time. It must be said of the model that it was rather intimidating for an F1 car for the kind of graphics being put to use.

Looks do matter in a field that lays particular stress on the marketability factor and success many times is a result of this approach.

Also Read: 25 Most iconic Cars from History of Cars 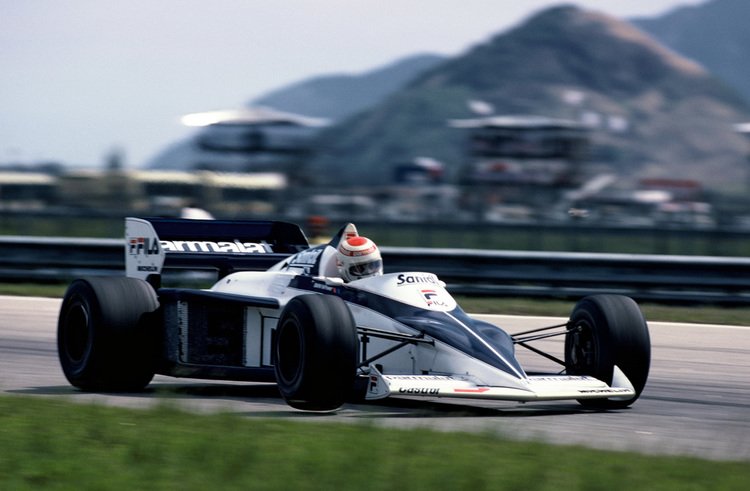 If there were anything as key to the Brabham cars, then it must be the very construction method that used a good bit of turbo-charging to bring on the power. The later changes in the racing rules did not allow for the kind of performance later on and thus the name of Brabham simply faded away.

So, these are some of the greatest formula one cars that have not only gained a number of titles in their era but, a lot of appreciation as well. Do let us know your favorite among the ones listed and also the ones we missed in the comment section below.