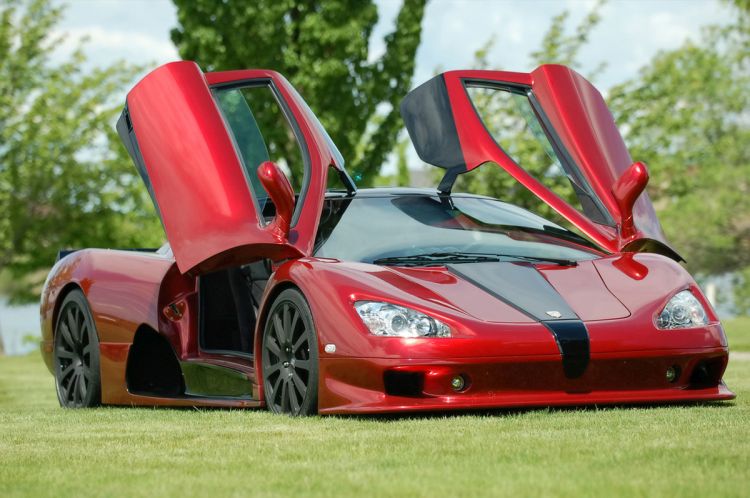 ‘Beauty with speed’, these are the two most commonly associated terms, that defines the American car industry the best. Be it Ford, Chevrolet, Bugatti or Ferrari, all these automakers are competing with each other for their flagship cars to win the heart of speed mongers round the year. Since the production of ‘Ford T’, auto making industry has changed rapidly and now in the 21st century, it is time for muscle cars that not only comes with stunning beauty but also possess robust engine. The distinctive feature that makes the muscle car different from other is its extreme power, acceleration and eyeful beauty. Depending upon their top speed below is the list of Fastest Muscle Cars in 2017 which is giving a huge adrenaline rush to the American car enthusiasts. 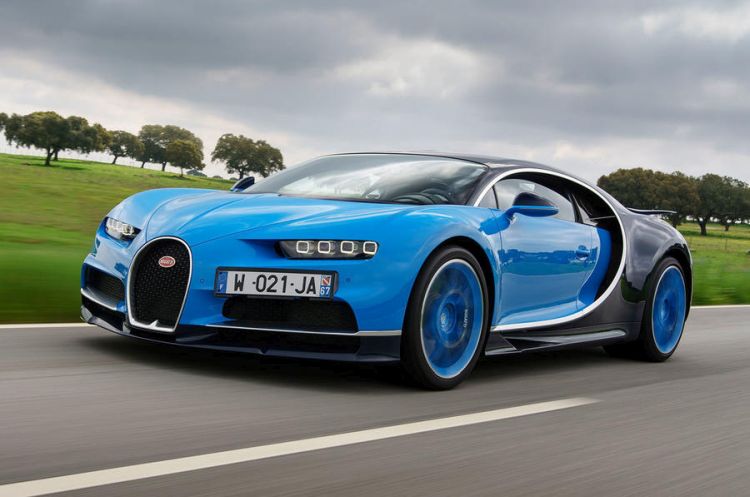 If you are looking for best modern muscle cars that will give you an ultimate adrenaline rush, then Bugatti Chiron is the option to bank upon. Coupled with 8-litre, 1500-HP, a quad-turbocharged W-16 engine this monster can reach the 261 mph mark pretty easily. Though it is 6 mph slower than the outgoing 16.4 Super Sports Bugatti Veyron, it is expected that the successive updates will break the electronically constrained 261 mph mark leading the top speed skywards. Starting at $2.6 million this beast can make a big hole in your pocket but if you need speed, then this is the best one to bank upon.

Till 2010 this car held the title of “Fastest Production Car” and this is enough to showcase its power. 2017 model is having a 6.3-litre V8 engine under its hood Aero XT can cruise at 256 mph and touch the 60 mph mark within 2.8 seconds. Its powerful engine can produce 1300-HP and 1004 lb-ft of torque making it potent enough to reach the predicted 273 mph mark within 8 seconds. 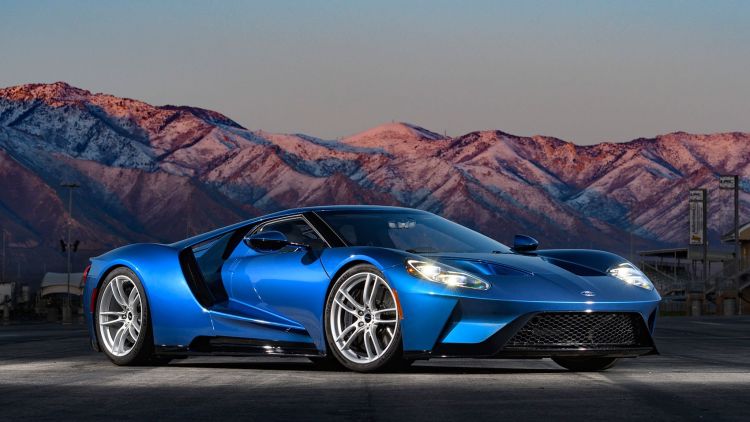 Ford, the name itself is enough to define the class and quality of a car, and when it comes to Ford GT, then it ought to be, in the list of best muscle cars of any year. Meshed with a 3.5-litre V-6, the twin-turbo engine that can churn out 550 lb-ft of torque and 647-HP under the roll cage, approved by FIA can take you to 216 mph mark within the blink of an eye. Costing around $450,000 this car is another wonder from Ford, which is the ideal option for any speed runner. 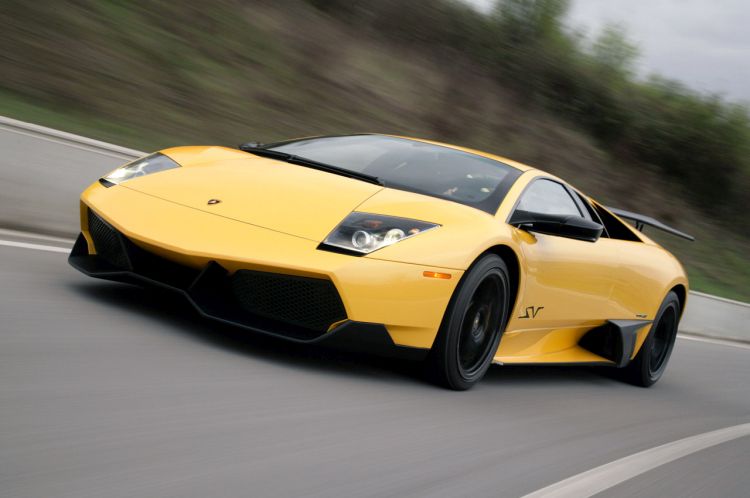 Lamborghini is one of the best automakers that produce stunning cars for the American citizens. SuperVeloce is one of the limited edition 2017 muscle cars from the automaker to satisfy the hunger of speed of their customers. Equipped with a 6.5-litre turbocharged engine that can produce 661-HP and 490 lb-ft of torque, this car can reach a top speed of 212 mph. this lightweight car can accelerate to 60 mph in 2.8 seconds making it one of the best muscle car. 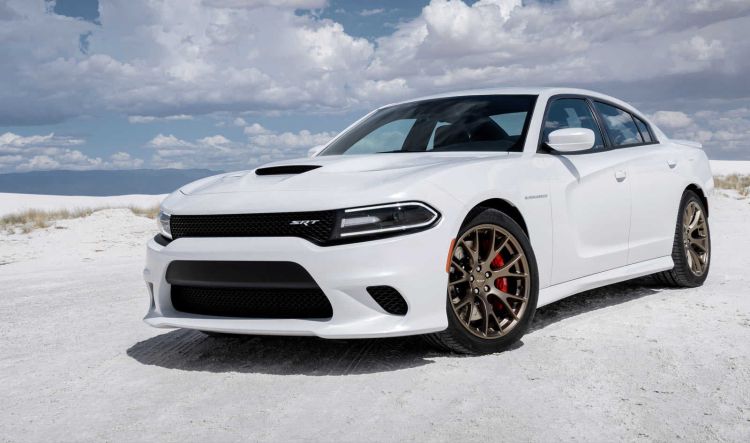 Have you ever seen any fastest muscle cars list without Dodge Charger? Certainly not! Made with carbon fiber and aluminum this car is one of the safest muscle car ever produced. This four door hunk is equipped with a supercharged 6.2-litre V8 HEMI engine that can produce 707-HP along with 650 lb-ft of torque. Having this powerful engine this car can take you from 0 to 60 mph mark within 3.4 seconds. Costing around $39,995 this car is the ideal one for those who want power with a punch. 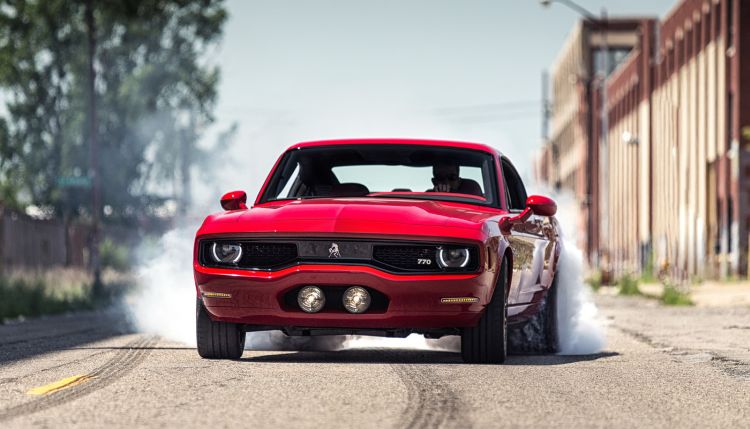 If you want to hold the retro look in your car and yet willing to cruise at 200 mph, then Equus Bass 770 is the best option to bank upon. Coupled with a 6.4-litre GM V8 LS9 engine, this mirror image of black bird on road can reach the 60 mph mark within 3.4 seconds. The powerful engine produces 640-HP along with 605 lb-ft torque that easily makes it one of the fastest accelerating muscle cars with a retro look. Costing approximately $250,000 this custom made car from Equus is the best muscle car for the money because it holds cue line from famous American auto brand like Camaro, Mustangs, Barracudas etc. 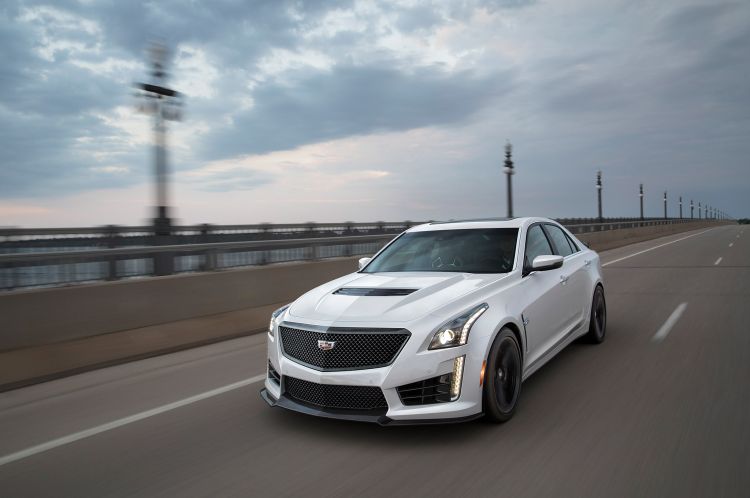 Cadillac is one of the famous American brands that produce high-quality sedans, but when it comes to best modern muscle cars, then the brand has CTS series to offer their customer. This bevy beauty houses a supercharged 6.2-litre V8 engine under its hood that can produce 630 lb-ft of torque and 640-HP. It can reach the 60 mph mark within 3.7 seconds and the top speed is 200 mph. Though the top speed is same with Equus Bass, but little bit slower acceleration and lesser HP made us rank this car seventh on our list. 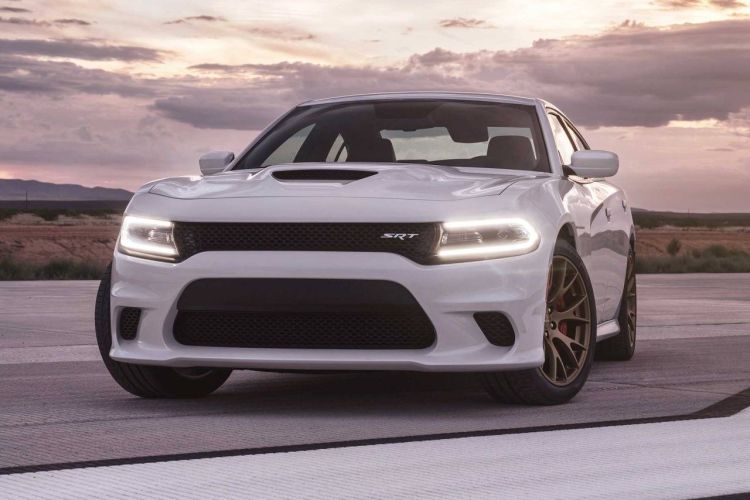 Sibling rivalry is the worst nightmare for anyone and the same thing goes with the cars too. 2017 SRT Hellcat Dodge Challenger is the younger brother of 2017 SRT Hellcat Dodge Charger that can cruise at 199 mph. Both the cars have same 707-HP V8 HEMI 6.2-litre supercharged engine that can produce 650 lb-ft of torque. Compared to its elder brother it’s pretty sleek and touches the 60 mph mark well within 3.5 seconds. However, when it comes to reaching to top speed, then the Challenger can do it within 11.2 seconds compared to Charger’s 13 seconds mark. 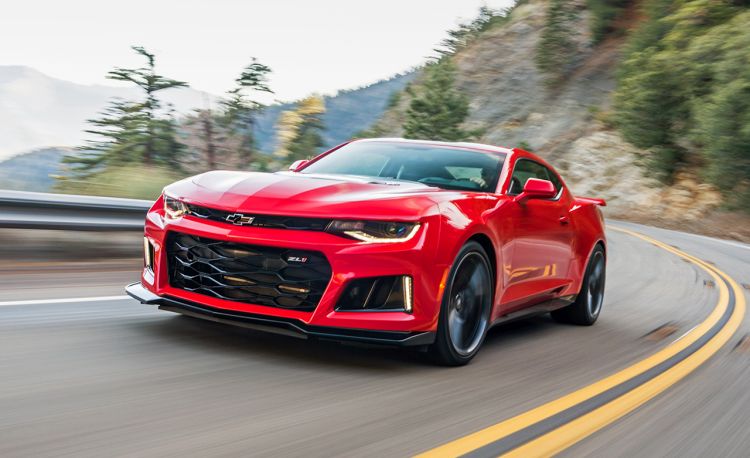 Camaro from Chevrolet is one of the best luxury sedans available to the American car enthusiasts. However, it’s not like that this brand is lagging in case of production of the muscle cars compared to its rivals. ZL1 is one of the fastest muscle cars offered by the Camaro to its customers to top-up their hunger for speed. This sexy beast has a 6.2-litre LT4 turbocharged V8 engine that can churn out 650-HP along with 650 lb-ft of torque. Equipped with this powerful engine this car reaches to 60 mph mark within 3.5 seconds and reach its highest speed 195 mph within 12 seconds. 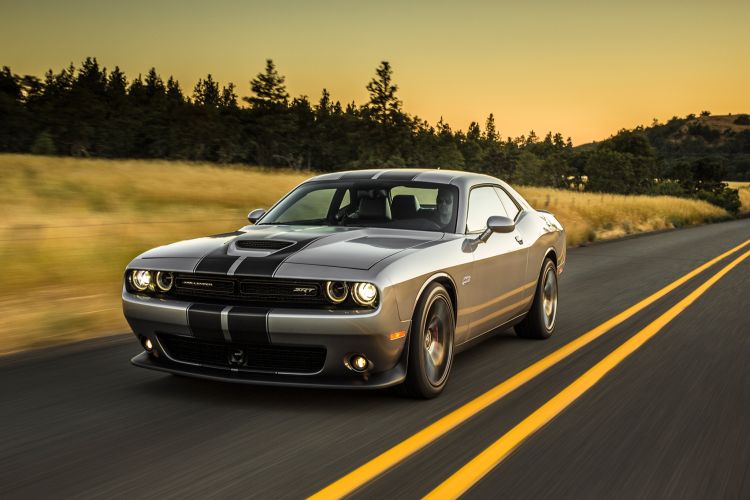 Don’t get confused with the dodge series cars; all of them are produced by SRT but each of them possesses distinct features. For instance Dodge challenger SRT 392 is almost 7 mph faster compared to Dodge Charger SRT 392 and reaches to 60 mph mark within 4.5 seconds. Though the SRT 392 Challenger has the same engine as SRT 392 charger the output is bit different. Fine tuning has enabled the V8 HEMI turbocharged engine of Dodge challenger to produce 495-HP along with 485 lb-ft of torque. The highest speed of this vehicle is 182 mph and it costs almost $5000 higher compared to its sibling charger SRT 392. 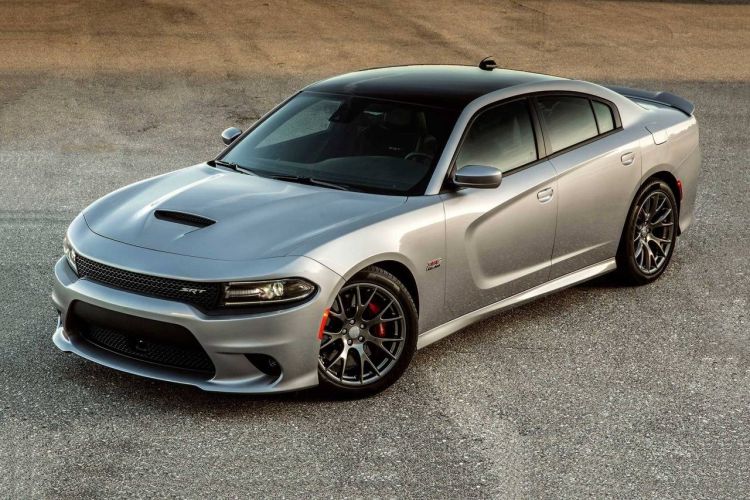 SRT is one of the best car producers that have given a lot to American car lovers and the vehicles produced by this brand are a real gem. Charger 392 from SRT is one of the best that came into existence a long ago but in 2017 this car still holds its charm. Under the hood, it has a HEMI V8 6.4-litre engine that can produce 485-HP and 475 lb-ft of torque. Mated with an 8-speed automatic gearbox, this car can reach its highest speed 175 mph within 13 seconds and touch the 60 mph mark within 4.3 seconds. Costing approximately $50,000 this car is best muscle car for the money if you want speed and style from your vehicle. 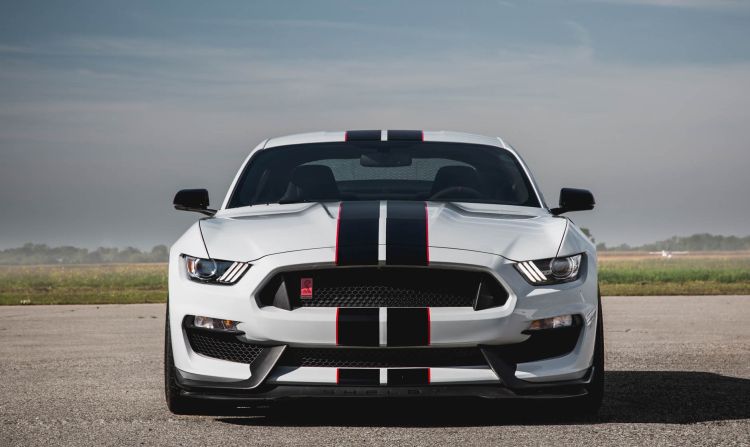 Ford Mustang, the name is enough to win a lot of hearts. Introduced back in 1965, this car has changed itself a lot to keep itself in the competition and now it is one of the best muscle cars in the world. With its powerful Voodoo V8 engine that can produce 526-HP along with 429 lb-ft of torque can lead this car to its highest speed 174 mph within 12.5 seconds. When it comes to acceleration, this car can reach the 60 mph mark within 3.7 seconds. This latest product from Ford will cost you around $60,000 and if you want to drop the ‘R’ from your car, then the price will drop down to $45,000; however, there will be a reduction in speed and acceleration too. 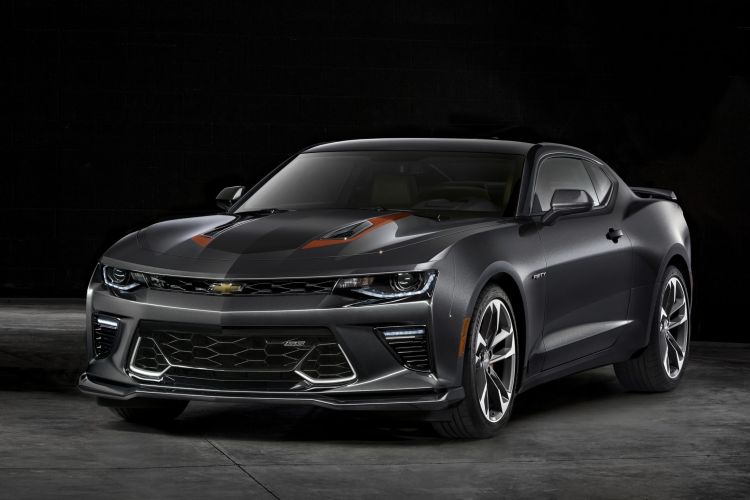 2017 Camaro SS from Chevrolet is one of the top trim 2017 muscle cars that this automaker has ever produced. Till date Chevrolet has produced Camaro luxury sedan and ZL series muscle cars, but in terms of cost, fuel efficiency, and looks, SS is a best ever product that this brand has ever produced. Under the hood, this car has a 6.2-litre turbocharged V8 LS3 engine that makes 455-HP and 455 lb-ft of torque. This lightweight vehicle can sprint to 60 mph in 4 seconds and reach the highest speed 169 mph mark within 12.9 seconds. 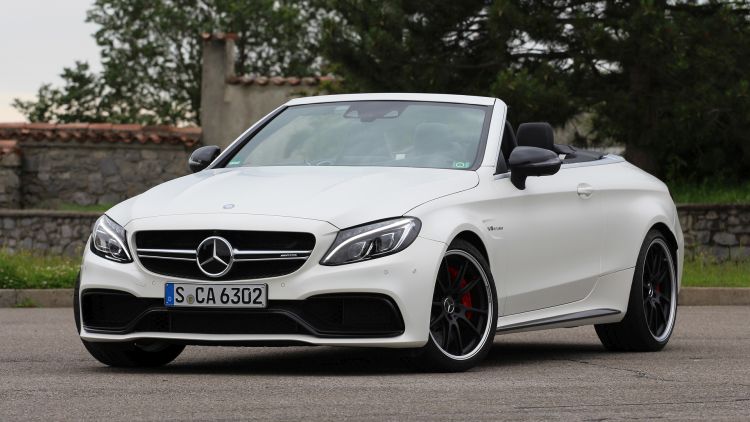 Mercedes is famous for making jaw dropping luxury and sedan cars, but their AMG series cars are drawing attention from every American speed runner. This hybrid of muscle and luxury sedan can reach 174 mph mark with its powerful 4.0-litre twin turbocharged V8 power source. Its power train can produce 516 lb-ft of torque and 503-HP that helps to accelerate it to 60 mph within 3.9 seconds. 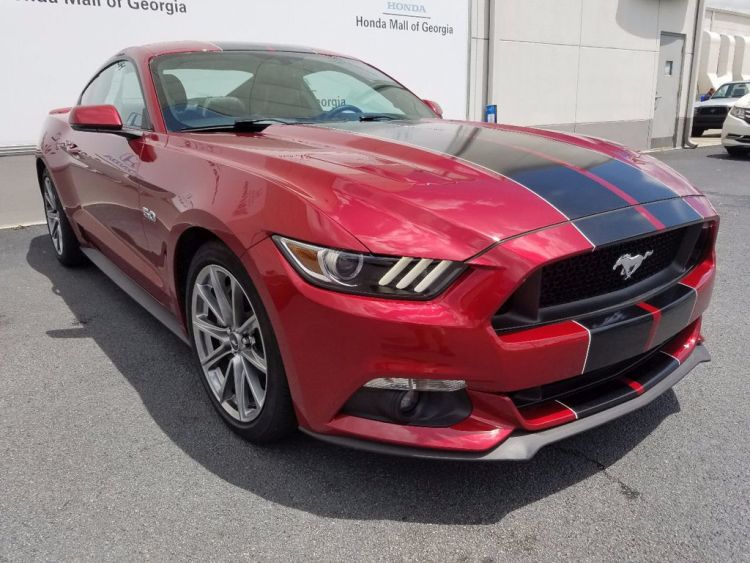 This one is another wonder from Mustang without which not a single list of the best muscle car can be completed. Owing to its vast popularity and this car can easily be acknowledged as one of the best ever muscle car that American speed stars has ever driven. Under the hood, this car has a 5.0-litre V8 engine, which is capable of producing 435-HP along with 400 lb-ft of torque. Top speed of this car is 164 mph and it can reach 60 mph from rest within 4.5 seconds only.

Well, the list of top 15 fastest muscle cars of 2017 ends here, but if you have any more suggestion, then do comment below and share your views.