Lamborghini is a brand that needs no introduction. From building potent tractors to breathtaking hypercars, the journey is commendable. But, apart from knowing about the exclusive cars of the company, there are a lot of interesting facts about Lamborghinis that are still unknown to many people. So, here we have prepared a list of 21 interesting facts about Lamborghinis that might interest you in a significant manner. 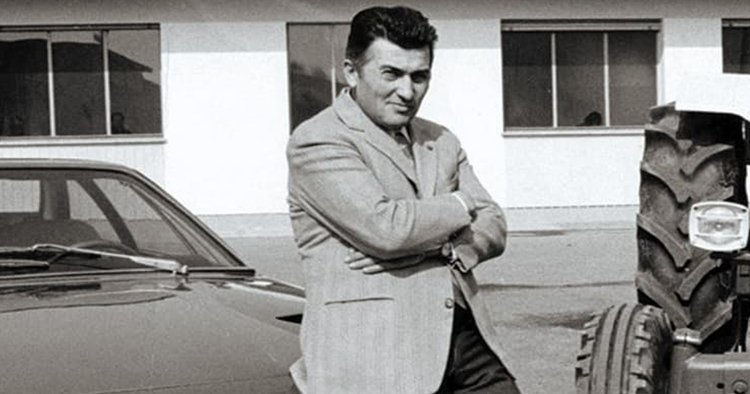 Just like Tony Stark, who build a missile in the cave, Ferruccio was appointed as the war vehicles maintenance supervisor in the Italian Royal Air Force. Now, in an area where war is active, sourcing spare parts of vehicles is a daunting task and Ferruccio with his expertise built all that was required to keep the war machines running without sourcing a lot from outside, making him a real war hero for the Royal Air Force.

2. The Lamborghini Tractors Are Still Being Manufactured 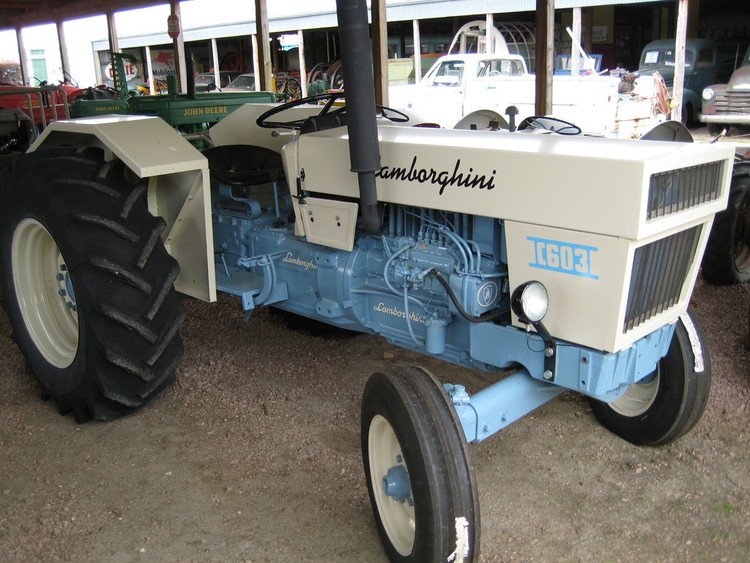 When you search information on Lamborghinis, the first thing that you will come across is that the brand started with building tractors and a very little will be there on their existence. Yes, these tractors are still being manufactured by the brand which introduced Gallardo and Maserati MC12 for the first time, the brand is known as Lamborghini Trattori and these tractors range between $30,000 – $300,000.

3. Lamborghini Is A Result Of Insult

After the success of Lamborghini Tractors, Ferruccio used to own a Ferrari 250GT. One day, at the time of servicing of his car, he requested to change the clutch of the car, which he felt was tight and not working properly. On his request to the Enzo Ferrari, he replied, “You are just an ordinary tractor manufacturer, how could you advise me on a sports car?” Ferruccio took this seriously and within 4 months, he was ready with his own sports car made under Lamborghini brand.

4. The First Lamborghini Lacked A Proper Engine At The Time Of Showcase 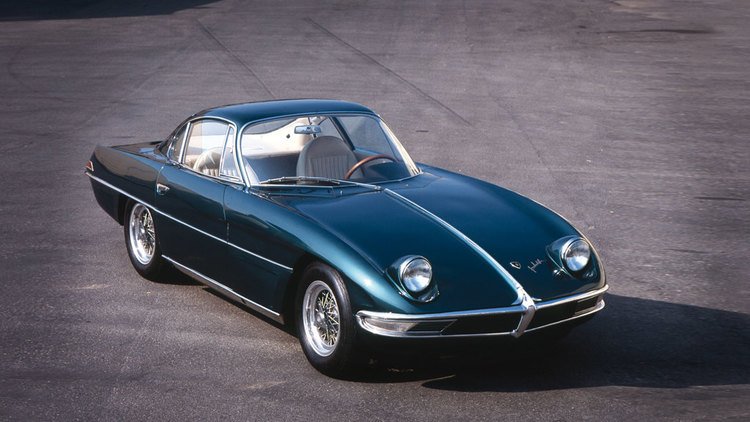 Although Ferruccio built the first Lambo in just 4 months, the manufacturer did not put an engine in the car at the time of its showcase at the Turin Auto Show. In place of the engine, bricks were filled and the bonnet was shut all the time. A very few people know about this fact and at the time of the show, nobody was able to figure out this.

5. The First Lambo Was Designed By The IndyCars Manufacturer 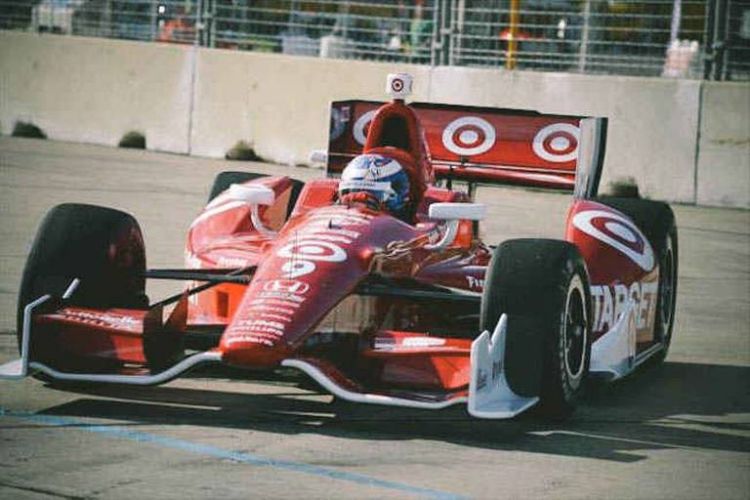 Yes, Gian Paolo Dallara was the one who worked on the chassis of the first Lambo. Now, he works for building the F1 cars and has manufactured chassis of every IndyCar till date. 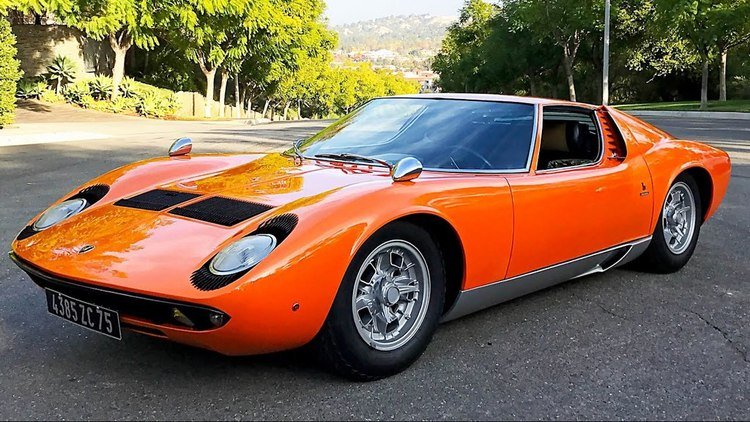 One of the most famous Lamborghini’s ever, the Miura was the first pick of the rich. It was a part of Saudi King Fahd’s fleet and found a spot in the collection of Prince Faisal, Rod Stewart, Frank Sinatra, Dean Martin and with Miura a new saying came into the market that set apart Ferrari and Lamborghini completely. The saying is, “You own a Ferrari when you want to be somebody but, you own a Lambo when you are somebody.” 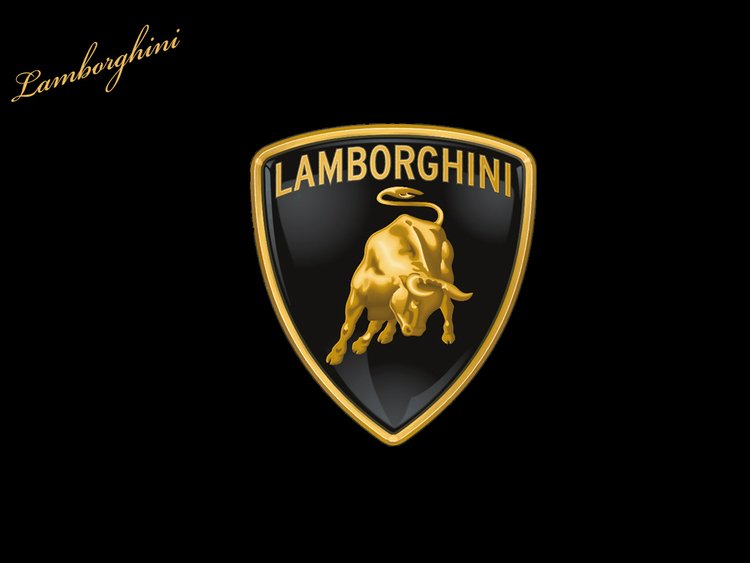 On Lamborghini’s founder birthday, which was April 28th, the brand planned to introduce a car based on his zodiac sign, which was Taurus. As the constellation of stars is in the bull shape, the brand decided to introduce all the cars on the name of a bull. This is the reason why every car of Lamborghini is named after bulls. But, Taurus never entered the market.

During 1987, Chrysler took over Lamborghini and started experimenting with the Lamborghini’s design. Luckily none of them ever introduced in the market. They rounded the design of Diablo, and also worked on a four-door Lambo, named Portofino. None of them got out of the concept phase otherwise, we would have witnessed something like Intrepid, which was awkwardly designed by Chrysler. 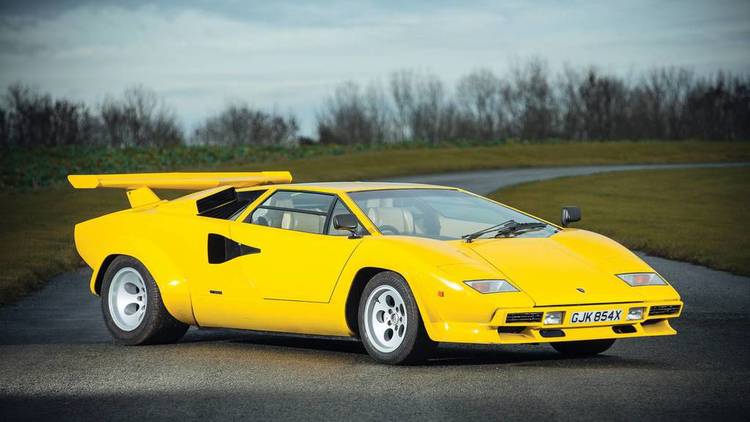 The head of the Bertone design house uttered ‘Countach’ when he first saw the next flagship of the company. At that time, the masters of English were not sure of what exactly it meant. There were multiple speculations and later it was termed as annoying in the dictionary.

10. Lamborghini Built An SUV With A Boat Motor 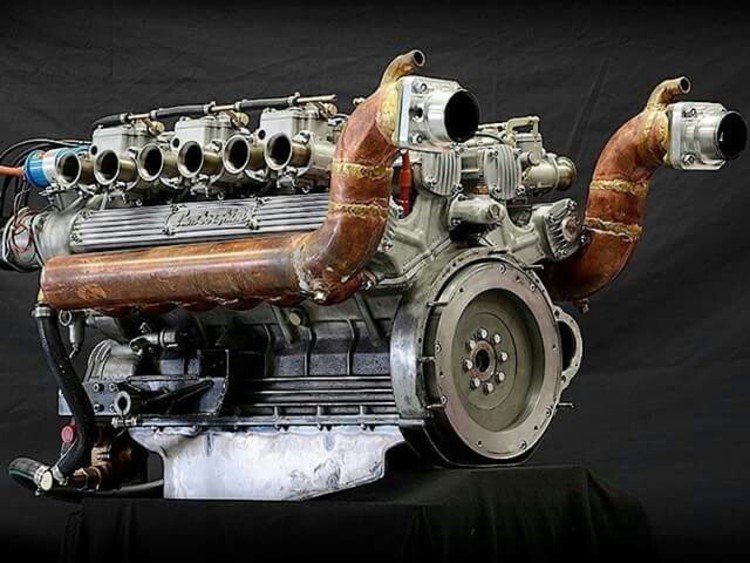 This particular Lamborghini came into limelight when Sylvester Stallone drove it. It also earned a nickname as the Rambo Lambo. It was powered by a V12 engine which was inspired by Countach and another option was equipped with a powerboat motor from Motori Marini Lamborghini that used to deliver massive 700 hp of maximum power. 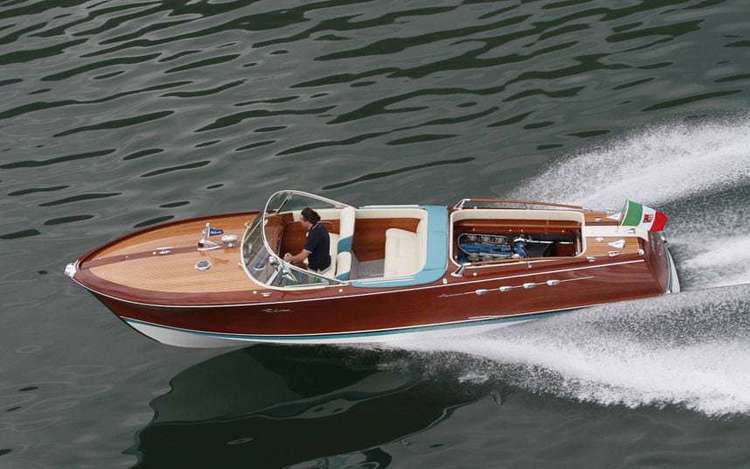 Another interesting fact about Lamborghinis is that it also manufactured powerboat motors that have won several motor boat championships. These motors were generally an 8.1-litre unit that used to deliver a maximum power output of 775 hp. The brand which is into motorboat engines building is the Motori Marini that is still a competent name in the segment.

12. Gallardos Were Used For Organ Transport By Italian Police

Lamborghini gifted an AWD Gallardo to the Italian police for highway patrol. Later, the nation’s police used this sports car for organ transport within the city for emergency cases. One of them got crashed when it came under a Mercedes in the year 2009. Since then, the Lamborghinis are limited in the fleet of Italian police across the nation.

13. Lamborghini Aventador Design Is Inspired By An Insect 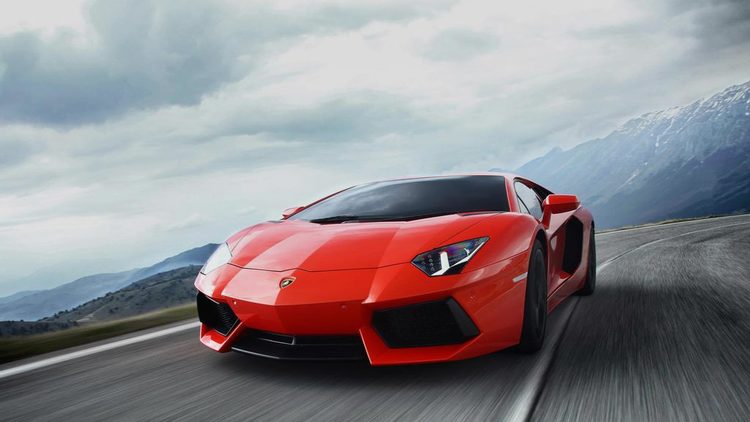 When you search where are Lamborghinis from, or from where the manufacturer takes the inspiration, the most interesting fact that you will come across is that the Aventador is inspired by an insect. The car’s design is inspired by an F22, F35 and the B2 and the Beatles. All these insects have an important role in shaping the Aventador.

14. Lamborghini Has A Winter Academy 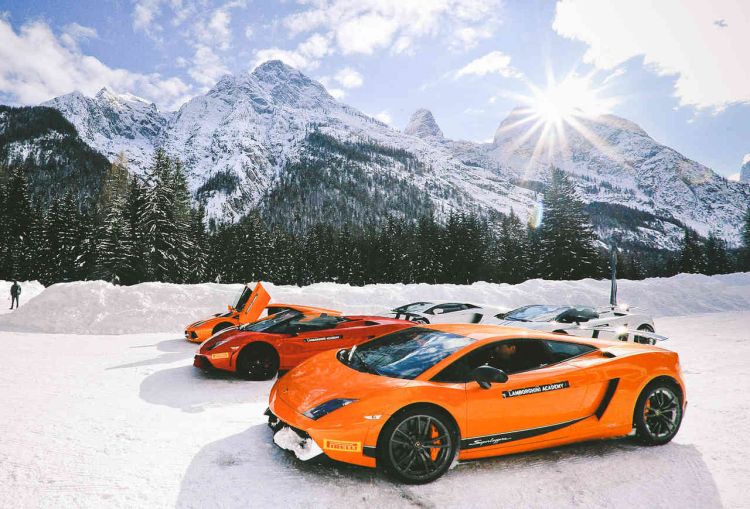 How about having fun on the ice and snow within the mountains of Alps in a Lamborghini? Yes, the Lamborghini Winter Academy is one of the coolest driving schools in the world where you get the chance of driving a 0-700 hp Lambo and master the art of maneuvering on the snow. The highlighting part of this academy is that it is economical unless you damage the car to a significant extent.

15. The Fastest Car In The Fleet 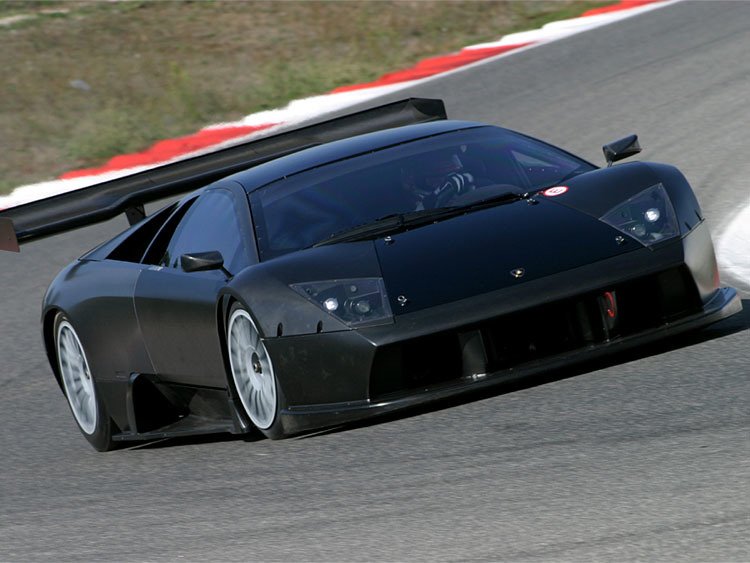 The fastest car in the Lamborghini’s stable is the Murcielago R-GT that can clock a top speed of 370 kmph. The same car can also clock 0-100 kmph within 3 seconds. Now, that is something which surprised us. How about you?

Initially, the company used to operate as an independent entity. Later, it was under Chrysler for some time and now it is owned by the largest automobile group, Volkswagen. VW took the operations of Lamborghini in 1998 after purchasing it from Chrysler. 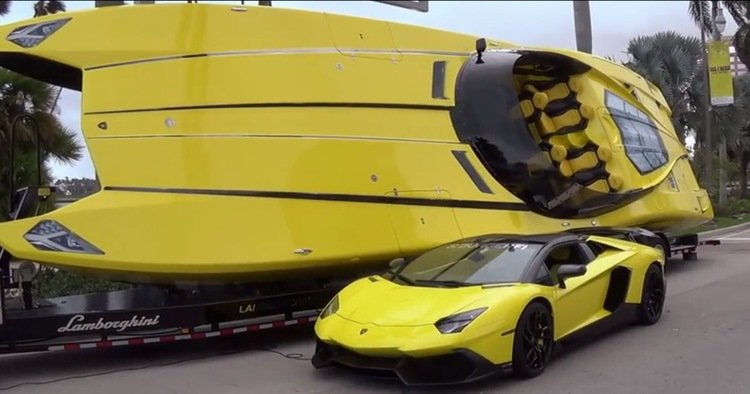 We have already told you about Lamborghinis winning motorboat championships. But, there is also a motorboat named Aventador. For the Aventador which runs on road, you have to pay $500000 while the one which runs on water comes at a price tag of $1.3 million. The design is exactly the same with the same experience of power and thrill, the only difference is that of the terrain. 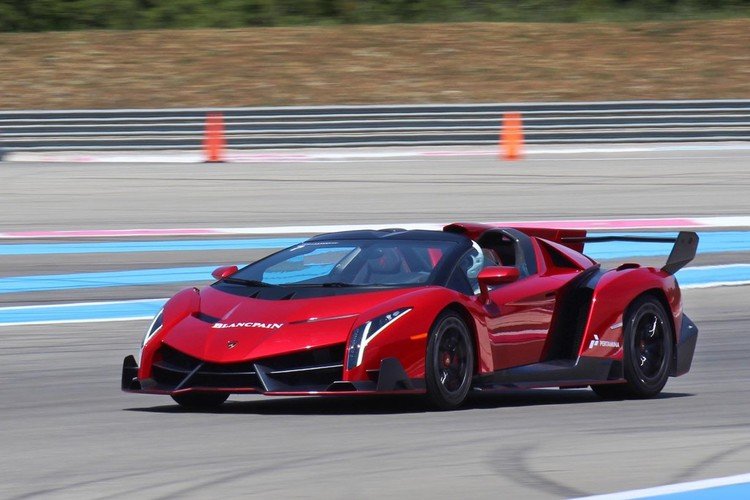 Apart from building competent Lamborghinis, the brand has also built the first engine of the much acclaimed, Viper. Yes, the Dodge Viper was built in the late eighties when it was owned by Chrysler. The manufacturer decided to use Lamborghini’s engineering for the engine, which resulted in impressive results. The car was showcased at the Detroit Auto Show but, it never entered the production line for multiple reasons.

20. There Is A Virtual Tour Available For Lamborghini Museum

By collaborating with Google Maps, there is a virtual tour available for Lamborghini Museum. To our surprise, the tour is not limited to just a particular section, you can explore the whole museum without moving an inch from your home.

21. Cocaine Is The Alternative Of Lamborghini

Jim Glickenhaus, director turned carbuilder once said if you have owned a Lambo once and then you have to find an alternative to it, it is only cocaine because no one can replace the exceptional experience of a Lamborghini.

So, this was a little exclusive information on Lamborghini’s that might surprise you a bit. If you also know something exciting and unique about Lamborghinis then do let us know by commenting in the comment section below.