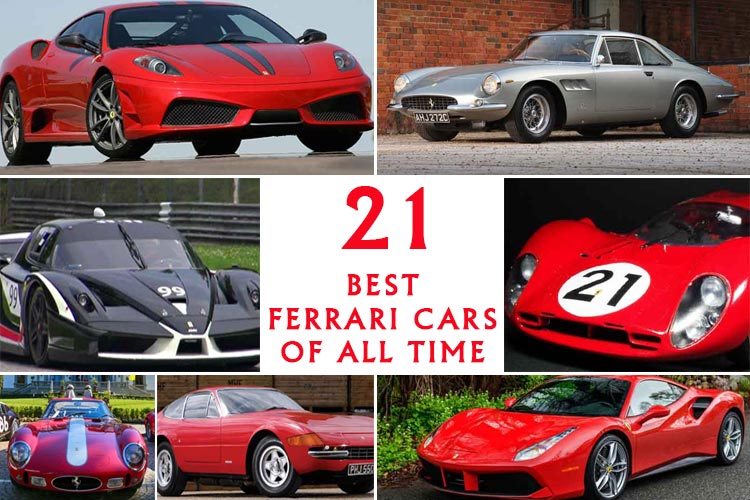 What is there to say about Ferrari that has already not been said? It’s one of the most famous car brands in the world and celebrated its 70th year of production in 2017. Founded in 1939 by Enzo Ferrari from Modena, Italy, it wasn’t until 1947 that the first complete Ferrari car rolled out of the workshop. Top international celebrities have owned some of the best Ferrari cars, and over the years, the brand has become a cult culture among automobile enthusiasts.

Throughout its illustrious history, Ferrari has won praise for its consistent performance in car racing, especially the Formula One. It has the most winning drivers (15) and the most constructor champions (18).

Let’s take a look at the best Ferrari cars that the company has manufactured in the past seven decades. 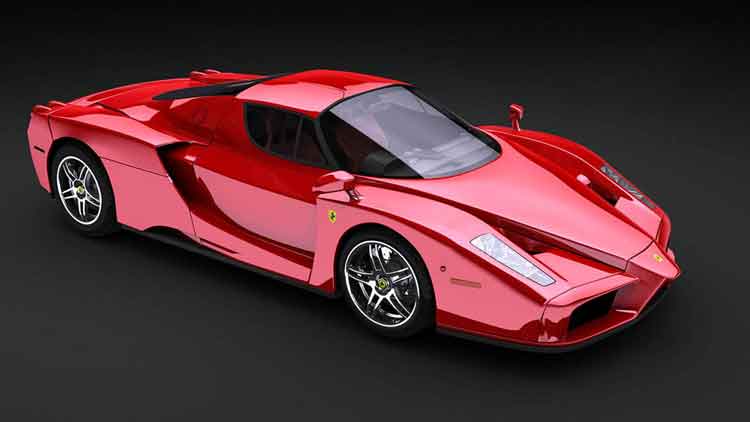 When the gull-winged F60 Enzo was introduced in 2002, it looked like a vehicle teleported from the future. The car featured most of Ferrari’s Formula One technology that included carbon ceramic disc brakes, F1-styled paddle shifters and the ultra-rare carbon fiber tub. Only the McLaren F1 had such features earlier. The V12 6.0 liter engine emitted 660hp and zoomed 0-60mph in 3.4 seconds flat. The car was a tribute to the company’s founder. 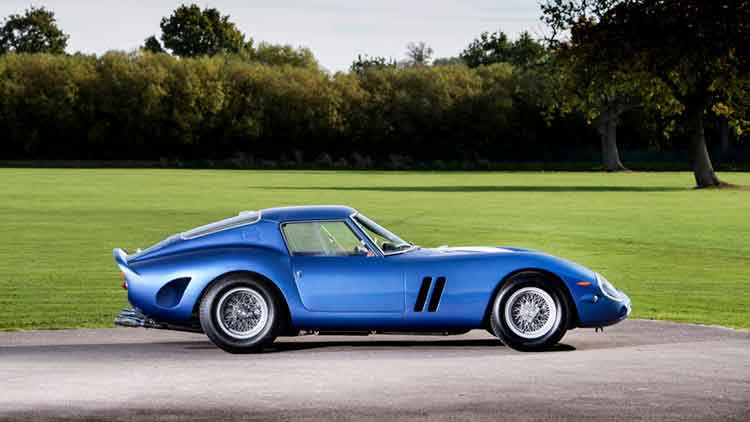 Many believe the 250 GTO to be among the best Ferrari cars ever. The Gran Turismo Omologato (GTO) was built for racing and it became a legend in the hands of drivers like Stirling Moss and Phil Hill. The 3.0 liter 12-cylinder engine output 300hp with a top speed of 170mph. Each car was slightly different from the other and only 39 units were produced. The owners had to be approved by Enzo Ferrari himself. 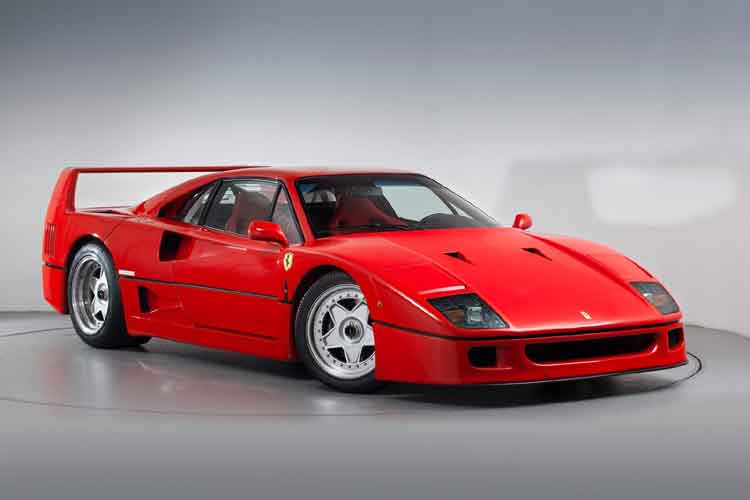 The F40 combined power, speed, and design that all supercars hoped to match in 1988. The car represented the height of design and engineering and was equipped with an 8-cylinder 2.9 liter twin-turbo engine that produced 478hp. The bare-bones and the driver-assist-free design meant that the F40 was for the brave. It was a no-frills car and all about performance. The F40 was manufactured to observe the brand’s 40th anniversary. 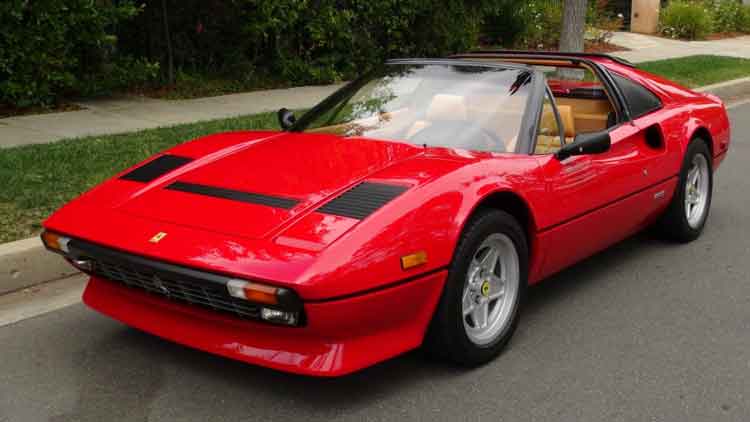 The pretty looking 308 GTS was more about style. It’s mostly associated with the hit 1980s show Magnum PI, and became more popular than Tom Selleck, the mustachioed hero. The 8-cylinder 2.9 liter engine produced 255hp. While the vehicle’s performance may not be something to brag about considering present-day standards, the two-seater Pininfarina-styled car was a superstar in its own right. 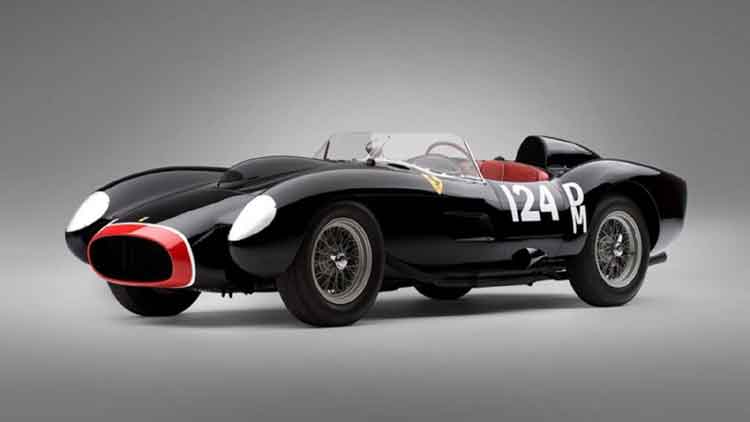 This one was one of the most coveted and best Ferrari cars of all times. Testa Rossa, aka “red head” came from crimson-tipped valve covers on the V12 3.0 liter engine. It won the 24 Hours of Le Mans races in 1958, 1960, and 1961. The curvaceous car initially proved polarizing for the car. It was a happy roadster and arguably the shapeliest Ferrari ever. 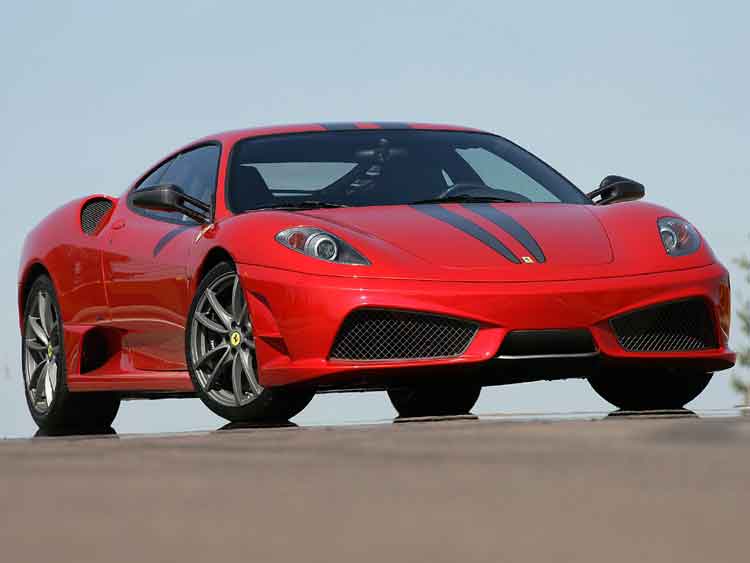 The F430 Scuderia was one of the top Ferarri cars ever built. The Scuderia version was perhaps the finest of F430s. It looked much sharper and better tuned than the standard F430 model and was fitted with the F1 developed E-diff electronic traction control and differential system. The vehicle output a screaming 530hp from its 8-cylinder 4.3 liter engine. It was one of the best Ferarri cars and can still be spotted on roads. 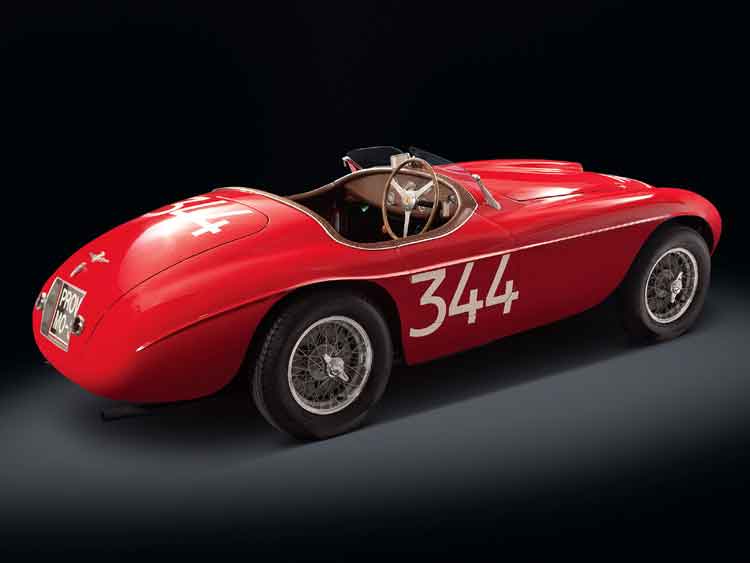 The Barchetta, aka Little Boat, referred to the car’s open-air, two-seat layout. It debuted in the 1948 Turin Motor Show and was one of the first cars from the Ferrari stable. Only 25 units of the vehicle were produced. The 16MM Barchetta had signature looks like pontoon-like fenders, and the egg-crate grill, which would soon become synonymous with Ferrari styling. Though not among the best Ferarri cars, the Barchetta had a value of its own. 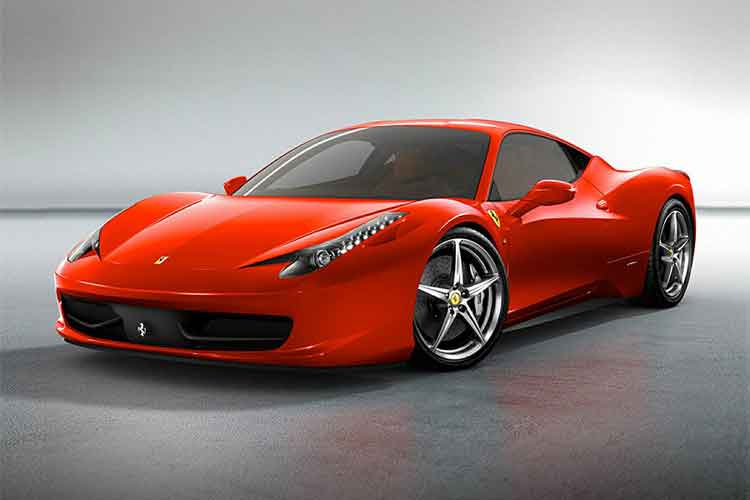 The 458 Italia is a common inclusion in all top Ferrari cars list. It spoke of evolution in automobile engineering. With an 8-cylinder 4.5 liter engine, the car offered a brute 562hp of excitement. It was a perfect companion for racing enthusiasts. Besides being counted among the best Ferrari cars, the 458 Italia was also one of the most sophisticated vehicles from the company’s stable. It was fitted with high-tech aerodynamic features. 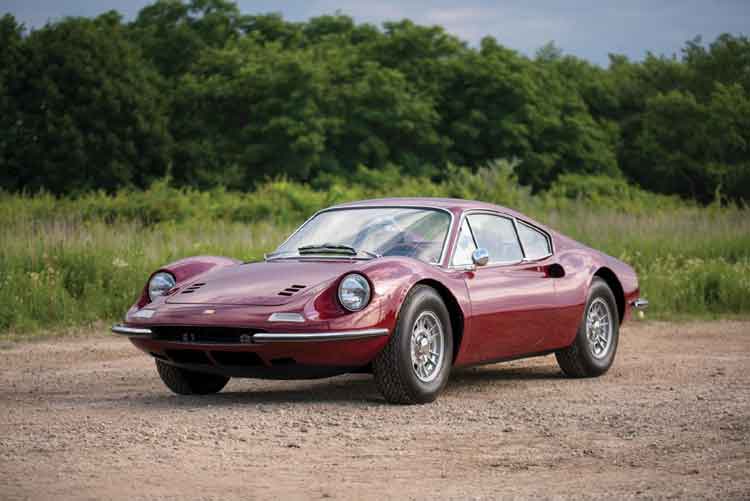 The entire “Dino” line was born when Formula Two regulations required cars to be based on an existing V6 vehicle. Enzo Ferrari named the line after his late son. The Dino 246 became a signature car of the company. It had a 6-cylinder 195hp engine, which was no mean by the then standards. The 246 variant was perhaps the most prolific Ferrari cars. None of the Dino cars had the sprinting horse Ferrari badge. 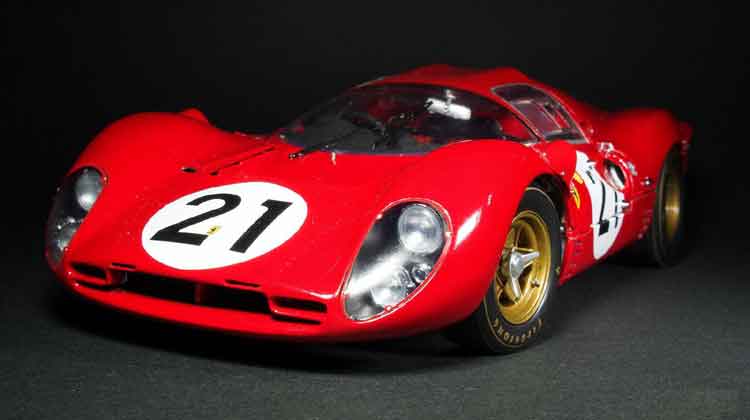 It’s arguably the most stunning Ferrari ever. Introduced in 1967, the 330 P4 Berlinetta has made it to the all-time best Ferrari cars list, compiled by every automobile expert. The car was built to outsmart the Ford GT40. It was voluptuous in its look and revolutionary for its time. The 330 P4 Berlinetta won major car racing championships. Mauro Forghieri, the legendary chief engineer of the company, designed the car. 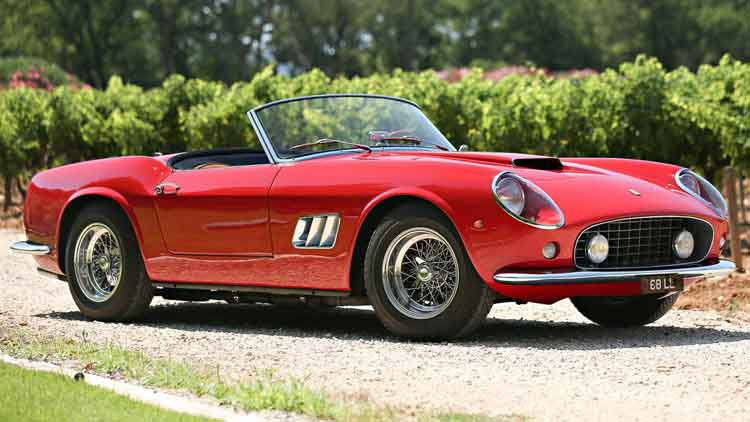 The 250 Spyder California GT was a beautiful car, manufactured when an influential Ferrari dealer from Los Angeles requested Enzo Ferrari to make a “simple spider”. The car was built to perform and could make 0-60 mph in 4.5 seconds. The car has since enjoyed a legendary status because of its rarity. Only 50 units rolled out from the Ferrari assembly line. The vehicle was fitted with aluminum trunk, doors, and hood. 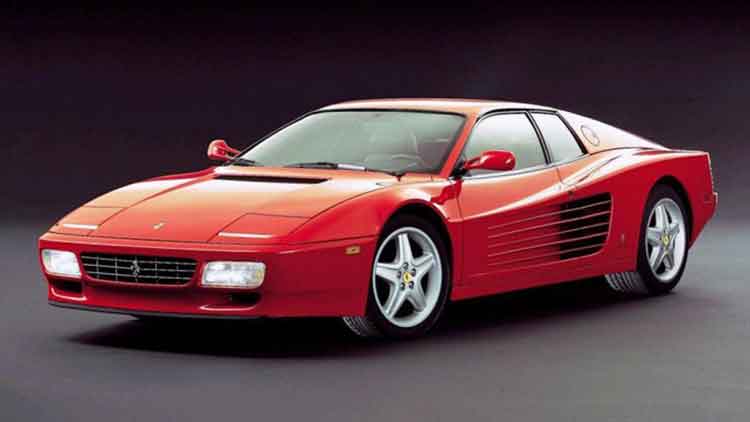 The 12-cylinder Ferrari was a longer, wider and more brasher than anything that the Italian car maker had produced that far. The Testarossa symbolized the 1980s age of excess. The mounted twin-side radiators forged an aerodynamic design that diffused air around the car’s back wheels. The 4.9 liter engine produced 428hp and reached 0-60mph in less than five seconds. The vehicle had an improved handling and steering wheel that offered the driver better control. 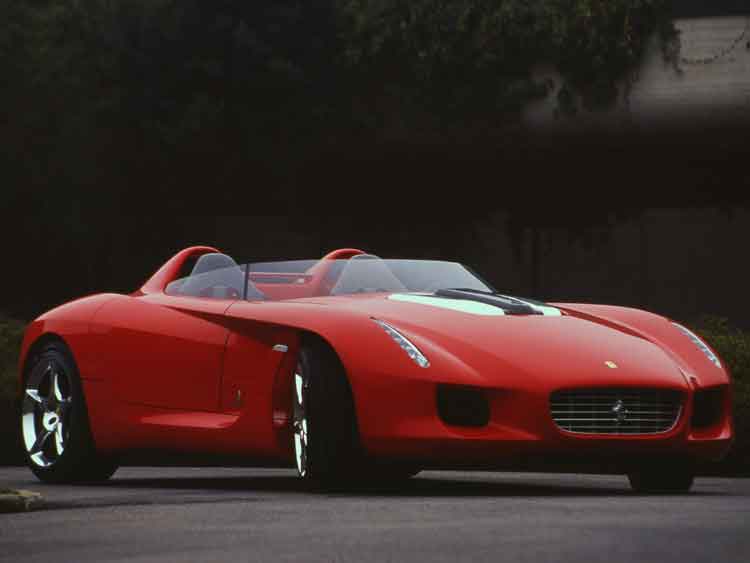 The Rossa Pininfarnia was unveiled in 2000 as a concept car and was created on the 550 Maranello platform. The two-seater roofless car was in fact a futuristic Ferrari Spyder interpretation from the 1950s. It was known for its wild look and was panned by Ferrari purists. Some design cues, like tail lights etc, were introduced that would be retained in future Ferrari’s. The car had a fan following nonetheless. 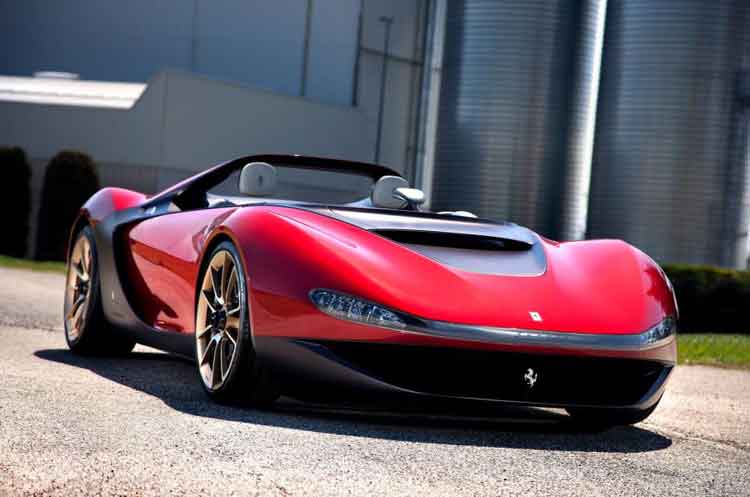 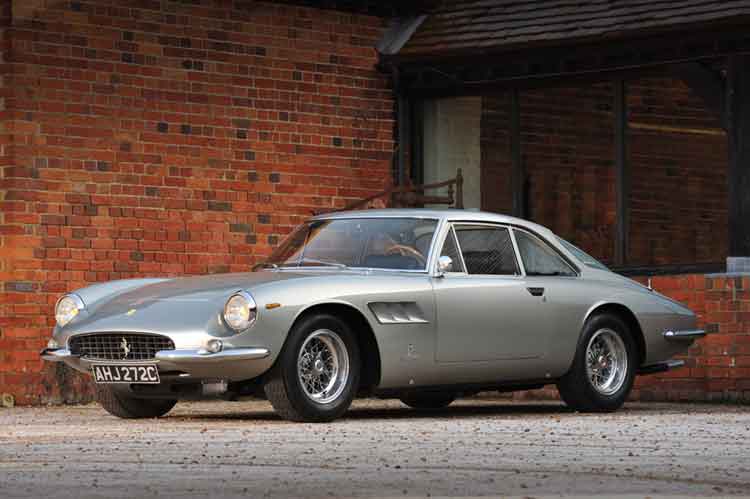 This 1964 car proved that Ferrari could be both sporty and luxurious at the same time. The 5.0 liter V12 engine produced 400hp. Real wood trim and soft leather made the four passengers inside super-comfortable. The early cars had four-speed manual transmission. The five-speed version came later. Only 25 units of the 500 Superfast were produced and they were the best Ferrari cars of all times. 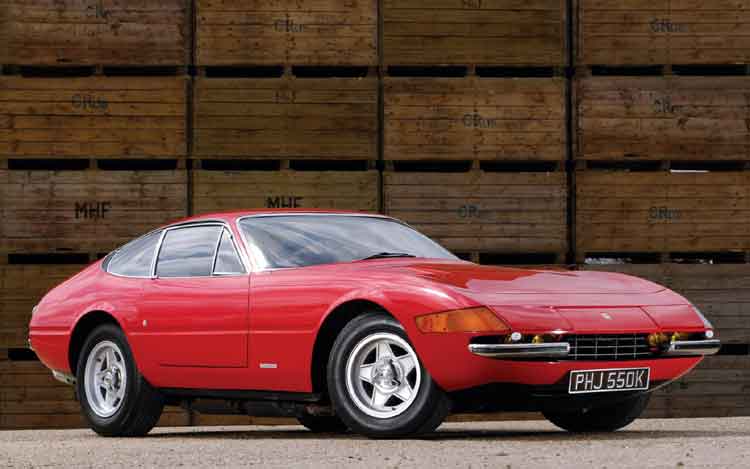 The Sergio Pininfarnia designed 356 GTB/4 was nicknamed Daytona after Ferrari won the 1-2-3 victory at 24 Hours of Daytona. In a marked departure from other best Ferrari cars, the 356 GTB/4 sported a more angular design and adopted the 1970s styling trends. It was a controversial car among the Ferrari lineup but attracted enough fan following. More than 1,400 units were manufactured from 1968 to 1973. 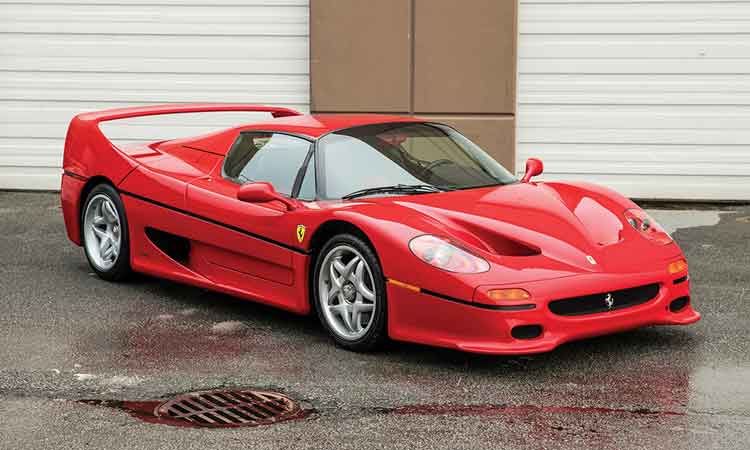 Ferrari F50 was a follower to the F40. There were some visual similarities between the two cars, especially the profile. The company manufactured 349 F50s from its factory at Maranello, Italy. The car had a V12 4.7 liter engine which was an evolution of the 12-cylinder 3.5 liter version fitted in the F40. The F50 was a perfect example of the company’s then design ethics. 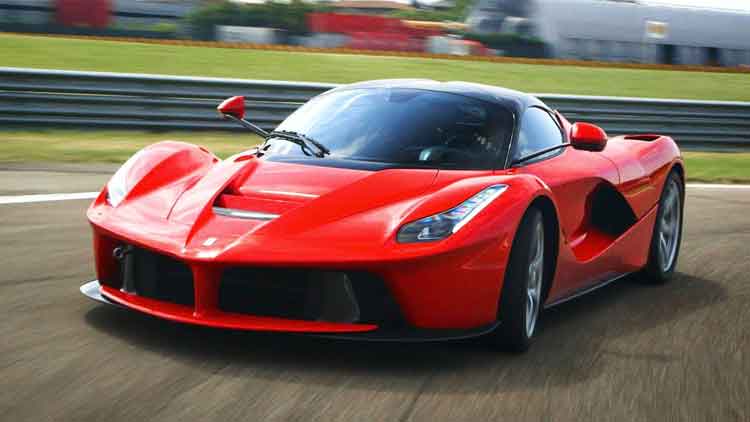 The LaFerrari was the first road ready car produced by the Italian automaker. The V12 6.3 liter engine revved all the way up to 9,350 rpm, working jointly with the 120kw electric motor to output 789hp. Only 499 production level LaFerrari cars were produced. They were sold out within minutes in an extremely selective sale process. Sports car enthusiasts still swear by the LaFerrari. 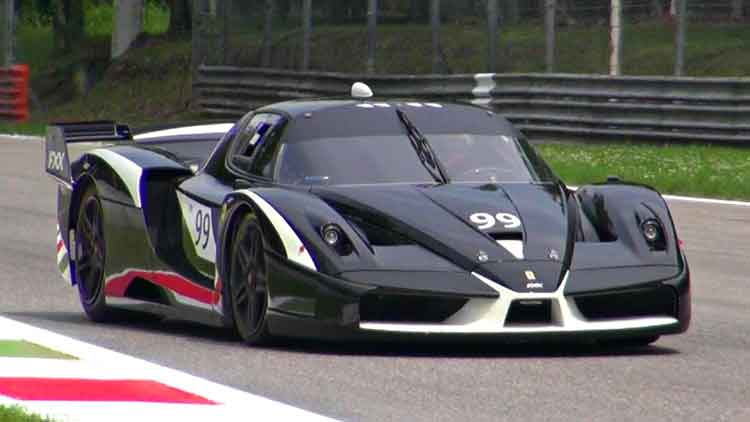 At the time of its launch, the FXX was Ferarri’s most technologically advanced vehicle. The V12 6.3 liter generated 800hp through an automatic transmission. The car was fitted with model-specific Brembo and Bridgestone brakes to keep the speed in check. The on-board telemetry system could record up to 39 different real-time parameters. It is certainly one of the best Ferrari cars ever manufactured. 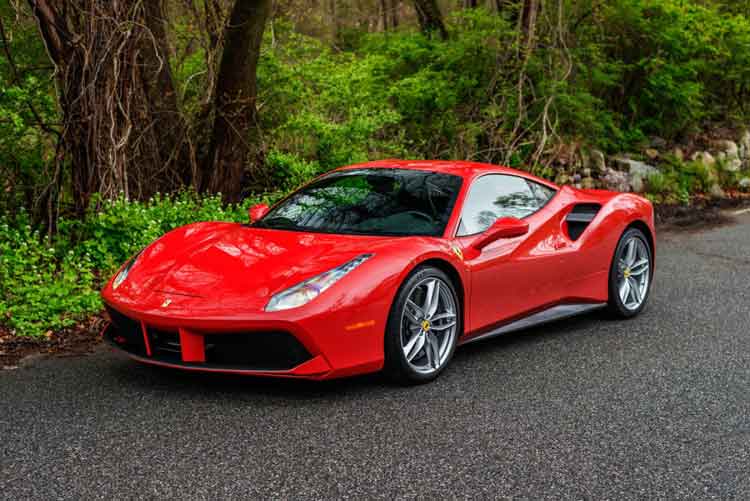 The 488, introduced in 2015, was an entirely new chapter in the company’s mid-engine V8 powered vehicles. It had a 3.9 liter twin-turbocharged engine that produced 661hp at a whopping 8,000 rpm. It made 0-60mph in less than three seconds. With a displacement of 169.4hp liter, the 488 was a rare engineering feat in the Ferrari lineup. With advanced aerodynamics, and some tweaks, it became the best Ferrari of 2017.

We will end with a car that has consistently featured in the top Ferrari cars list of various automobile enthusiasts. Introduced with a naked chassis in the 1955 Paris Auto Show, the completed Superamerica was unveiled at Brussels, four months later. The wild looking car had garish fins and a compact submarine-like profile. Enzo didn’t like the car personally and designer Carrozzeria Ghia was never asked to design a Ferrari again.